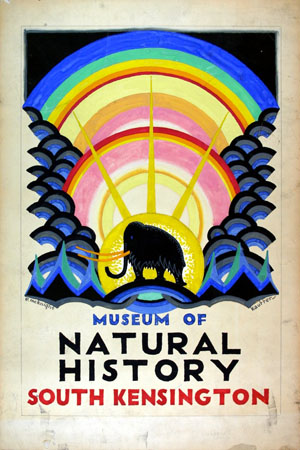 E. McKnight Kauffer, gouache artwork for a poster for the Museum of Natural History, 1923. Image by permission and copyright Transport for London, The London Transport Museum

LONDON – One of the most memorable posters of the inter-war period extolled the virtues of train travel to the seaside by advising city-dwellers to “Take your son and heir where there is sun and air.” Today one needs a lot more than a short train journey to find the sun. It is mid-afternoon in July here in London, but the British weather is once again doing a convincing impression of a November day of relentlessly grey skies and plummeting temperatures.

Thus, as politicians snort with moral outrage at the News International phone-hacking scandal, the British public seems more concerned to leave it all behind and head off to warmer climes. No poster campaign could persuade them to stay.

The importance of powerful graphic design in promoting travel, tourism and the edifying benefits of the countryside can be seen in the work of the American-born artist and designer Edward McKnight Kauffer (1890-1954) whose poster designs are the subject of a new exhibition slated for the Estorick Collection in Islington, north London in September. 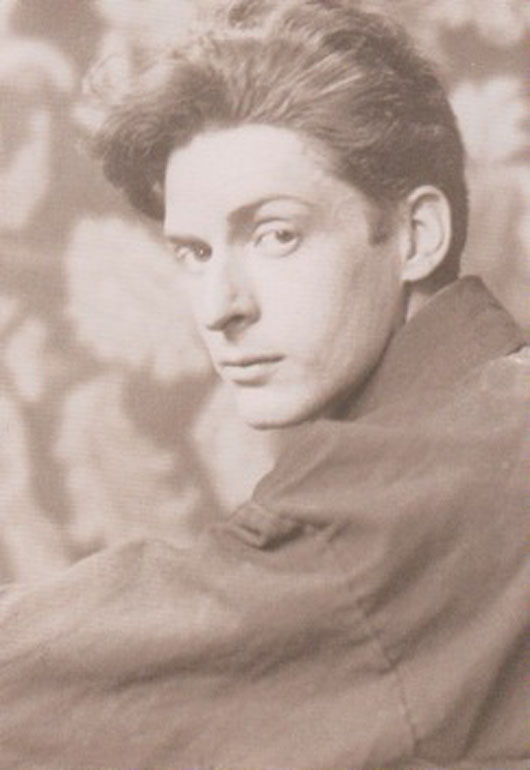 Dubbed ”The Poster King’ by the British Vorticist painter Wyndham Lewis, Montana-born McKnight Kauffer was responsible for some of the boldest and most memorable poster designs of the inter-war period. After arriving in the UK in 1914, he struggled for a time to find work, but in 1915 his designs were spotted by Frank Pick, publicity manager for London Underground  (and famous in his own right as the designer of the first colour-coded London tube map). From that moment, the underground’s walls became a gallery for McKnight Kauffer’s stylish posters, promoting everything from newspapers to air travel, automobile fuel to the bucolic pleasures of the countryside around Watford, of all places. 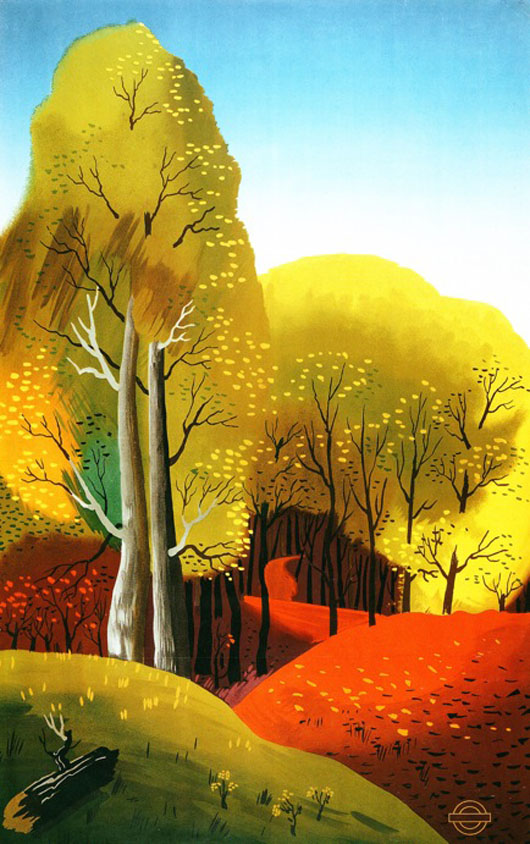 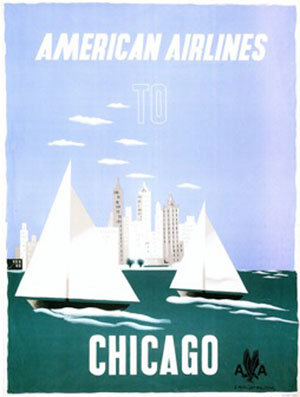 Today, persuasive posters are among a battery of tools used to persuade a recession-hampered public to find cultural replenishment in museums and country houses. Another is cutting-edge contemporary art. This summer many cultural destinations are looking to adventurous artists—and particularly sculptors—to attract more visitors.

You might think that dead insects would be the last thing cultural tourists would wish to encounter when visiting a National Trust property, but not if the insects are of the meticulously choreographed sort that has become a speciality of the British artist Tessa Farmer. 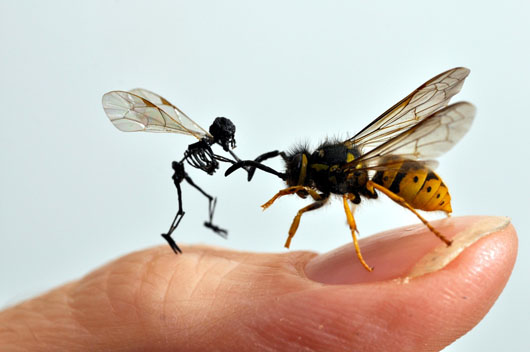 Tessa Farmer, ‘Skeleton Fairy Battles Wasp,’ one of the artist’s miniature insect scenarios, included in the ‘Enchanted Garden, Flower Fairies and Dark Tales’ display at Mottisfont Abbey in Hampshire until Oct. 2. Image courtesy the artist and the National Trust. 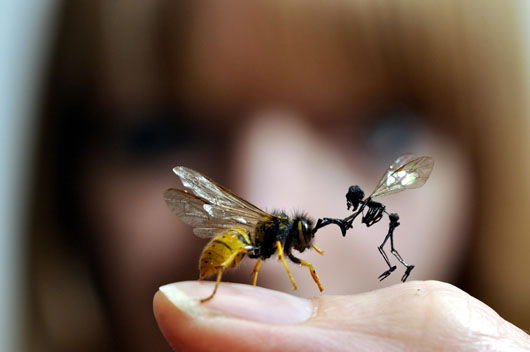 Farmer takes dead flies, ants, bees, moths and myriad other insects and fashions them into weird anthropomorphic scenarios, miniature worlds that are strangely enchanting and compelling. Her work is currently on display at the Saatchi Gallery in Chelsea, but now the National Trust has invited Farmer to contribute to an event entitled “Enchanted Garden, Flower Fairies and Dark Tales” at Mottisfont Abbey in Hampshire until Oct. 2. Her work represents a genuinely original contribution to that quintessentially English preoccupation with fairies and imaginary worlds at the bottom of the garden.

Meanwhile, sculpture of an altogether different sort will be luring Londoners westward at the end of this coming week when the acclaimed British figurative artist Sean Henry installs a number of his realistically painted bronze figures into Salisbury Cathedral in a display entitled “Conflux: A Union of the Sacred and the Anonymous”. 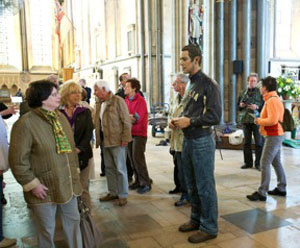 Henry has been fascinated by polychrome sculpture ever since he toured the great cathedrals of Europe as an art student. His innovative contemporary take on that long and noble tradition continues to win him admirers and his work is now included in countless public and private collections around the world. The exhibition at Salisbury will encourage us to look with fresh eyes at the existing objects in the cathedral and to enjoy a dialogue between the sacred ancient sculptures and Henry’s secular modern works. The show also provides an excellent reason for holidaymakers heading for Cornish beaches to break the long journey from the north or from London to the deepest southwest. 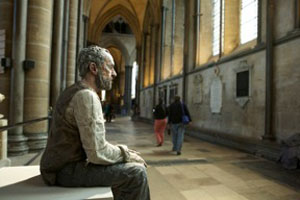 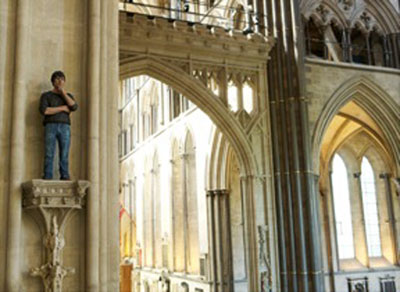 A further reminder, if any were needed, of the increased recognition of sculptors within the broader British arts horizon came this week when the American-born, Cambridge-based sculptor Helaine Blumenfeld was awarded an honorary OBE. The award was not only in recognition of her sculpture, which continues to attract critical plaudits internationally, but also for her tireless championing of “proper” sculpture—that is to say, work made by artists with their own hands. 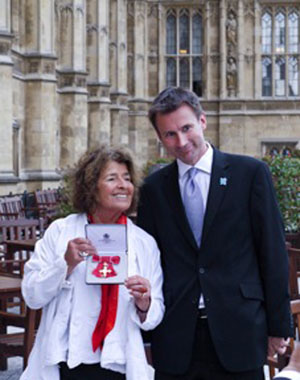 Jeremy Hunt, MP, Secretary of State for Culture, Media and Sport, congratulated Blumenfeld on her award, acknowledging her “remarkable contribution to the arts as one of the boldest and most diverse artists working today.” Blumenfeld is one of the few women to receive the prestigious award, adding her name to a list of illustrious past recipients that includes film star Pierce Brosnan, writer Bill Bryson, Michelin star TV chef Raymond Blanc, and actress Janet Suzman.

An early notice of another exhibition worthy of a visit in the coming months is the first solo show of paintings by the talented young British artist Camilla Jackson at the Gallery in Cork Street in central London. Jackson is currently domicile on a houseboat moored under the Power Station at Battersea Pier on the River Thames. The river location informs some of her recent canvases, which depict London views seen through porthole windows, while a series of huge canvases focusing on rural subjects were influenced by the six years she spent living in the Cotswolds. “Camilla Jackson: Recent Paintings” will be at at The Gallery in Cork Street from Oct. 24-29, with prices ranging from £500 to £3,000 ($800 to $4,800). 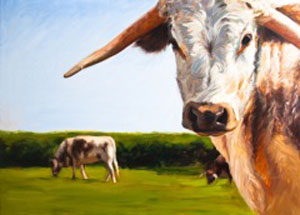 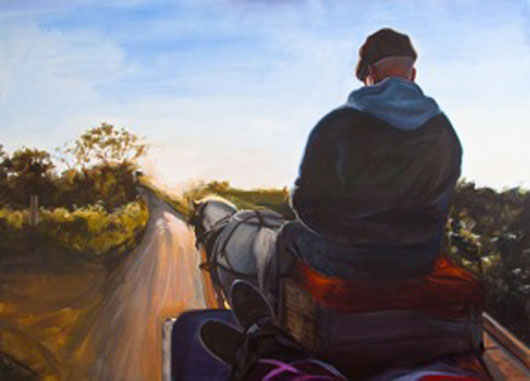 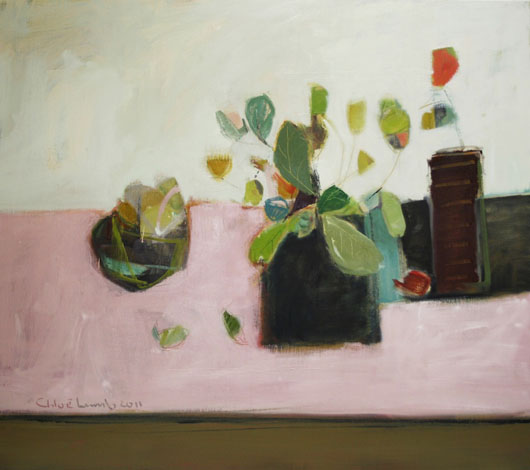 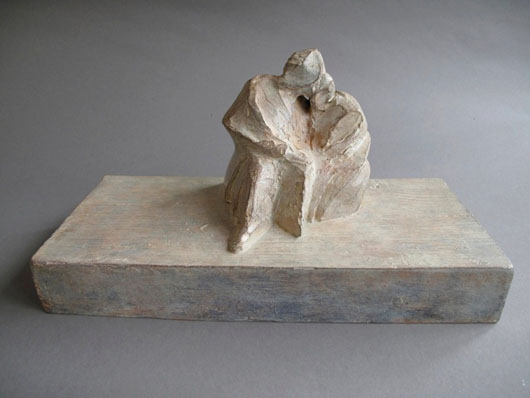 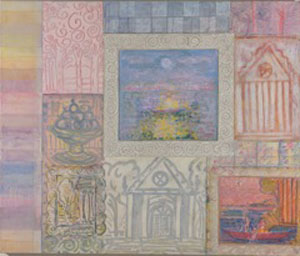 Finally, it is a fair bet that anyone fortunate enough to be sitting on an original manuscript by Jane Austen will be booking a taxi to London to have it assessed by a London auction house. A couple of days ago, a manuscript for Austen’s unfinished novel The Watsons of 1804, sold at Sotheby’s for £993,000 ($1.6 million) including premium. Richard Ovenden of the Bodelian Library ion Oxford, which bought the manuscript, said, “We are glad it will stay now in Britain,” adding that the “priceless manuscript” will be on public view by the autumn.

History is made as England’s cricket team trounces Australia