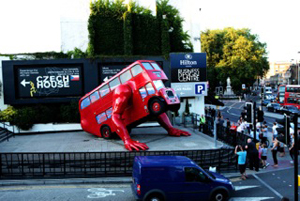 “Streets full of water, please advise.” Oscar Wilde’s famous telegram from Venice could have been sent from London by any of the thousands of visitors arriving for the Olympic Games, such has been the unprecedented amount of rainfall in the UK in what has been euphemistically described as the ‘summer’ of 2012.

It was not, however, the British weather that prompted U.S. presidential hopeful Mitt Romney to conclude that London was not ready to host the Games, an utterance that will have done little to endear him to the British. Fortunately for Romney, his diplomatic blunder was quickly overshadowed by more diverting incidents such as the moment when a hand-bell being rung in the build-up to the Games by accident-prone UK Culture Minister Jeremy Hunt flew off its handle and narrowly missed injuring a passerby. That is what is known as “a clanger.”

And then there was the Olympic opening ceremony, directed by British film director Danny Boyle, whose theatrical extravaganza marked a welcome change from the tradition adopted by most previous host countries of getting countless thousands of synchronized performers to create shapes that can only be seen from outer space.

And so to the art market. It would be easy to assume that the gloomy weather would have dealt a killer blow to the UK’s summer art fairs, but the post-event reports paint an altogether more positive picture. Malletts, one of London’s oldest and most respected furniture dealerships, claim to have enjoyed their best Masterpiece Fair this year, which was held between June 28 and July 4.

“This has been our most successful fair of the 21st century”, said Giles Hutchinson Smith, chief executive of Mallett, which recently moved into new premises in a former bishop’s palace in Mayfair. That ecclesiastical connection proved appropriate, for among the more significant items sold by Mallett at the Masterpiece fair was an important Carlton House desk

commissioned by the Duke of Clarence, who later became William IV. Mallett informs us that the rare mahogany and satinwood table was presented by the Duke to his chaplain, the Rev. William Ellis, in 1797, “probably as a gift to the clergyman for having discreetly baptized the 10 illegitimate children he had had by his mistress, the Irish actress Dorothea Jordan.”

Mallett also found buyers at the fair for a rare and recently discovered set of 10 Regency mahogany dining chairs, circa 1820, attributed to the notable firm of Gillow’s of Lancaster and decorated with hunting scenes by John Nost Satorius, while a rare late 18thcentury bronze figure of a shepherd, in the manner of the English sculptor John Cheere, also fetched a six-figure sum.

The UK is currently hosting thousands of visitors from around the world who have flown in for the Olympic Games, but one wonders how many of them will venture beyond the capital into the English countryside. American guests heading towards the West Country may be interested to make a short detour to the American Museum in Britain, located in the historic spa town of Bath. This month the museum is hosting an exhibition of photographs from the collection of textile designer Christopher Hyland. The exhibition, entitled “By Way of These Eyes,” features work by many of America’s most celebrated photographers, including Edward Steichen, Paul Strand, Edward Weston, Robert Mapplethorpe, Herb Ritts and Sally Mann. Hyland believes his collection “represents in general the robust and dynamic spirit of American optimism in the 20th century” and thus, appropriately for Olympic year, iconic sporting images abound. 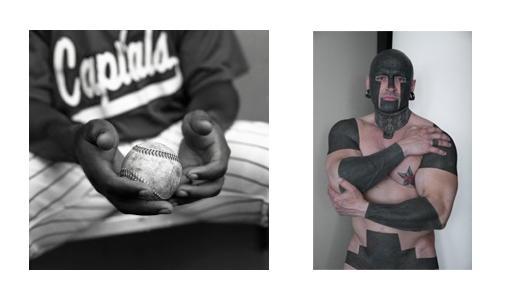 Hyland has also included some rather more idiosyncratic images of his own making, including some studies of tattooed men.

The British are generally well-practised at making the best of bad weather but this year has really tested the nation’s patience. The almost incessant rain dealt a severe blow to one aspect of British visual culture that traditionally comes into its own during the summer months — the outdoor sculpture display. While many of the permanent sculpture parks pressed ahead with their annual summer season, one or two of the temporary summer sculpture exhibitions had to be canceled, including the Littlecote House Sculpture Show in Hungerford, Berkshire.

Happily, the exhibition curated by British sculptor David Worthington, who is vice president of the Royal British Society of Sculptors, at the famous Chelsea Physic Garden went ahead. Twenty artists have contributed works to the show, which is entitled “Pertaining to Things Natural” and which continues until Oct. 31. Anyone who has visited the Chelsea Physic Garden will know what an intellectually and aesthetically stimulating environment it is.

One is always sure to come across some weird plant or species never previously encountered. It is to Worthington’s credit that he has enhanced that aspect of the garden by locating the sculptures in creative relationship to the indigenous flora. The range of works on display provides yet further testament to the imagination and skill of British artists who make “real” sculpture as opposed to getting a fabricator to manufacture large-scale toys. It is always pleasing to find work by Peter Randall-Page, who has an extraordinary instinct for working with stone, but also to see work by less familiar names such as the delicate creation by Jo Coupe which adds a touch of whimsical magic to the Chelsea show. 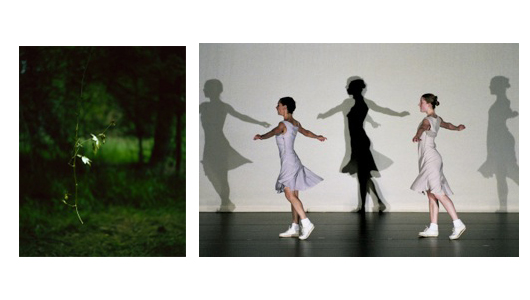 In contrast to the Chelsea Physic Garden’s bucolic attractions, the “Tate Tanks” — the cavernous former gas tanks beneath Tate Modern’s Bankside gallery — have finally opened to much media ballyhoo. The conversion of these vast subterranean spaces says much about the transformation that has taken place in the making and reception of art in recent years, from the contemplative viewing of a painting or sculpture to the “event-driven,” performative practices that now preoccupy curators at galleries like Tate.

Already, specially commissioned film and multimedia “performances” have been staged in the new spaces, including recent work by Korean artist Sung Hwan Kim and Belgian artist Anne Teresa de Keersmaeker, while recent Tate acquisitions such as the music and light installation Light Music (1975) by Lis Rhodes

From left to right: The music and light installation ‘Light Music’ (1975) by Lis Rhodes, which will be among recent Tate acquisitions that will go on display at ‘Tate Tanks’, Tate Modern’s new exhibition spaces. Image courtesy Tate. Suzanne Lacy’s ‘The Crystal Quilt’ (1985-87), a recent acquisition by Tate, which will be shown at the recently opened ‘Tate Tanks’ exhibition spaces at the Bankside gallery. Image courtesy Tate. A late Victorian pine witness box complete with bible rest and brass rail that beat an estimate of £150-250 to bring £460 ($710) at Hartley’s sale in Ilkley, Yorkshire in July.

and Suzanne Lacy’s The Crystal Quilt (1985-87) will soon also find a home there.

Finally, from the rarefied world of contemporary art to the down-to-earth but no less fascinating realm of provincial auctions, this month threw up one particularly intriguing object that would surely have presented a challenge to the most experienced appraiser. Coming under the hammer at Hartley’s saleroom in the Yorkshire town of Ilkley this month was a Victorian pine witness box. The anonymous maker of this handsome object had seen fit to decorate it with an egg and dart moulded cornice, a bible rest and a brass rail. It had been removed from the Magistrates Court in the Yorkshire town of Bingley, but originally did service in Bradford Crown Court. Who knows how many malefactors had hung their heads in shame within its confined space over the past century?

Bidders may have been pondering those historical considerations as they wrestled it beyond the estimate of £150-250 to a hammer price of £460 ($710). One can almost hear the court clerk’s words echoing down the panelled corridors: “Call Mr. Mitt Romney!”