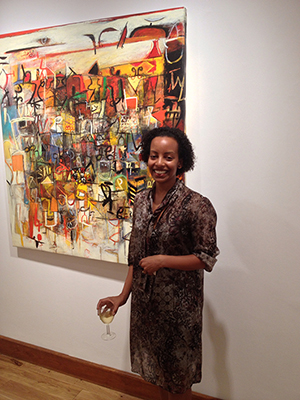 LONDON – London is constantly abuzz with industry chatter about ‘emerging markets’ and how the global art economy is undergoing deep structural change thanks to unprecedented wealth generation in the so-called ‘BRIC’ nations of Brazil, Russia, India and China. The impact of these changes is keenly felt here, for London, despite the booming growth of Beijing, is still a major hub of international art commerce.

However, while the London trade is absorbing the seismic vibrations in the global art market, the UK’s regional auction houses, with a few notable exceptions, seem happy to continue as though nothing is happening. At least that was the impression one took from an event staged by the Royal Institution of Chartered Surveyors (RICS) at its grand Parliament Square premises last week. Representatives from a number of China’s leading fine art auction houses had been invited to London to present their businesses to their UK counterparts. Sadly, hardly any UK regional auction houses bothered to make the trip to London to welcome them. This seemed like something of a missed opportunity given that the RICS initiative — arranged in partnership with the School of African and Oriental Studies (SOAS) of London University — was a constructive attempt to forge deeper ties with China and to promote best practice in the disciplines of fine art appraisal.

Members of the Chinese Auctioneers Association presenting to their UK counterparts at the Royal Institution of Chartered Surveyors in London on July 24. Image: Auction Central News.

The RICS’s effort to deepen Sino-British auctioneering relations nevertheless proved an eye-opening event. One of the most interesting presentations was given by the deputy director of Beijing’s Poly International Auction Co., Ltd.

Ken Creighton, Director of Professional Standards at the Royal Institution of Chartered Surveyors (RICS), welcomes Chinese fine art auctioneers to London at the RICS’s recent reception to promote best practice in the industry.

The Chinese government-controlled Poly International is now the third largest auction house in the world, with reported sales in 2012 of €732 million ($971m) according to the TEFAF Annual Art Market Report (although that figure was half the 2011 total of €1.4 billion). Auction Central News asked the Poly representative whether the firm would ever emerge as an autonomous entity free of party control. The question elicited wide smiles and a courteously evasive response.

Other presentations drew attention to the sort of eye-watering hammer prices that are becoming the norm at high-ticket auctions in China. The Poly representative told of the 436.8 million RMB ($71.2m) that changed hands for a calligraphic scroll by Huang Tingjian – the sort of price normally associated with blue-chip artists like Picasso or Warhol — and this after just 20 years of fine art auctions in China. The pace of growth has been head-spinningly rapid.

It is not beyond the bounds of probability that a UK auction house might one day uncover a similarly important object languishing in a British private collection. Closer relations between UK auction houses and their Chinese counterparts might help in the processes of appraisal and dispersal. While most UK auction houses now use the internet to expand their buyer-side client base, relatively few seem to be reaching out to grow their influence among collectors and art businesses further afield. A notable exception is the new enterprise known as ‘Triple A’ (the Association of Accredited Auctioneers), which recently made forays into China with its inaugural auction of UK-sourced European antiques and fine art. Triple-A’s helmsman, Woking-based auctioneer Chris Ewbank, told Auction Central News that a second venture is now in the pipeline, once again in partnership with Chinese internet firm EpaiLive. 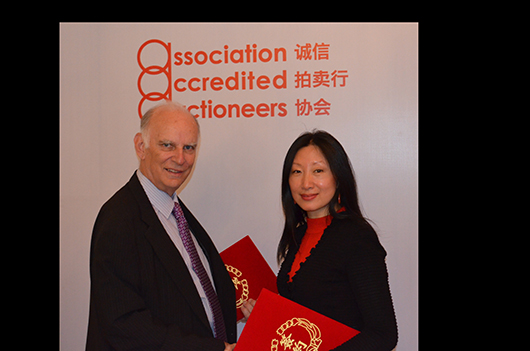 We will watch those developments with interest.

On the subject of emerging economies, when will Africa step forward to assert itself on the global art market stage? Tentative signs are already emerging in London that interest in African art — and particularly African contemporary art — is growing. A few days ago, collectors and enthusiasts assembled for the private view of an exhibition of works by Ethiopian painter Wosene Kosrof (born 1950) to mark the official launch of The Gallery of African Art in London’s famous Cork Street. 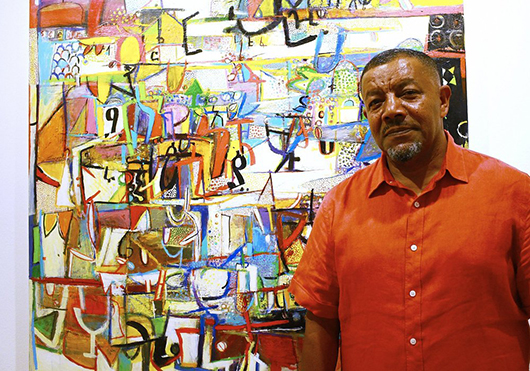 Curated by young London-based curator Raku Sile, the show was the artist’s first solo show in London for more than 10 years and offered a chance to see his recent works inspired by dynamic calligraphic motifs drawn from his native tongue of Amharic. Visitors remarked on his vibrant use of colour and bold, gestural compositions. Among those attending were London-based music DJ and active community worker Jerry Nicholas and his friends, who expressed enthusiasm for Kosrof’s approach and indeed for the broader social aspects of the London gallery scene. “Evenings like this bring together people from diverse backgrounds,” said Mr Nicholas. “Look around you! Everybody is smiling and enjoying themselves!” Champagne, it must be said, is the perfect ice-breaking accompaniment when viewing contemporary art.

One suspects the champagne was also flowing at Bonhams’ auction of classic cars at the annual Goodwood Festival of Speed earlier this month. The most glamorous lot on offer was a very smart, bright blue Ferrari 330GT 2+2 Coupé sports car, which carried an estimate of £180,000-£220,00 ($275,000-$335,500), chiefly on account of the celebrity of one of its former owners — Beatle John Lennon.

It is said that following the success of their UK and US chart-topping single ‘Ticket to Ride’ the Fab Four’s fame and fortune was such that the swankier motor car brands assembled outside Lennon’s Surrey home with their latest models in the hope of snagging a major celebrity endorsement. Ferrari were the lucky winners when Lennon — who had only just passed his driving test — came out and selected the Ferrari, then priced at £6,500. At the time, that was an expensive ticket to ride. It appeared at Bonhams’ Goodwood sale complete with a folder of documents testifying to its provenance and restoration history – a crucial detail that powered the bidding up to a winning £359,900 ($543,750).

On the gallery front, interest in sculpture of all periods has exploded in London in recent years, perhaps because it represents a solid, material store of value for investors, but also because London is particularly rich in sculptural talent. The buoyancy of the market has prompted specialist London sculpture dealer Robert Bowman to open a smart new gallery in Duke Street, St James’s. Bowman has forged a significant international reputation for his expertise in the work of Rodin and Modernists like Henry Moore, but he is also among the most active promoters of contemporary artists such as Helaine Blumenfeld. Now he has turned his attention to the acclaimed Bavarian-born British sculptor Johannes von Stumm, a former president of the Royal British Society of Sculptors.

Bowman’s one-man solo exhibition of works by von Stumm, which opens at the Duke Street gallery on September 19 (until November 8), will showcase von Stumm’s remarkable ability to elegantly combine glass, steel, granite and wood in a single work. Having mastered all the craft disciplines required to blow glass, carve wood and stone, and weld steel, von Stumm’s works are beautifully compact essays in the compatibility of seemingly incompatible materials. The exhibition at Bowman’s new gallery will deservedly bring von Stumm’s work to the attention of a much wider constituency of sculpture collectors. 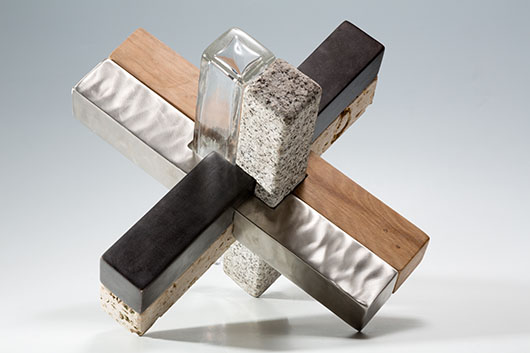 An opportunity to marvel at a more historical aspect of the glassblower’s art can be found at London’s Courtauld Gallery until October 14. The fourth display in the gallery’s ‘Illuminating Objects’ program is devoted to two supreme examples of filigree glass, a technique that originated in the thirteenth century and which is traditionally associated with the Venetian island of Murano, but which migrated to northern Europe in the sixteenth century. The exquisite ‘façon de Venise’ goblet on display may have been made in Antwerp or Amsterdam in the sixteenth century, while the spiral ‘air-twist’ wine glass is typical of the sort of fashionable drinking glass made in Georgian England. 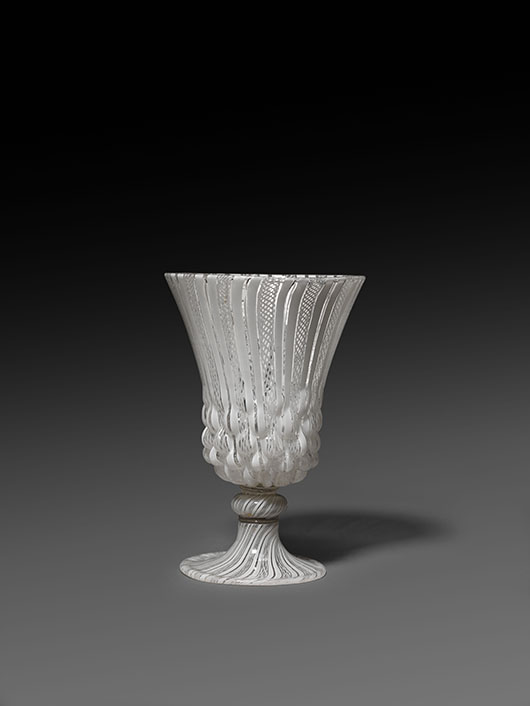 This mold-blown, filigree glass goblet, either Venetian or Venetian style, perhaps made in Amsterdam or Antwerp, circa 1550-1625, is on display at the Courtauld Gallery’s ‘Illuminating Objects’ exhibition until October 14. Image courtesy Courtauld Gallery, (Samuel Courtauld Trust: Gambier Parry Bequest, 1966). 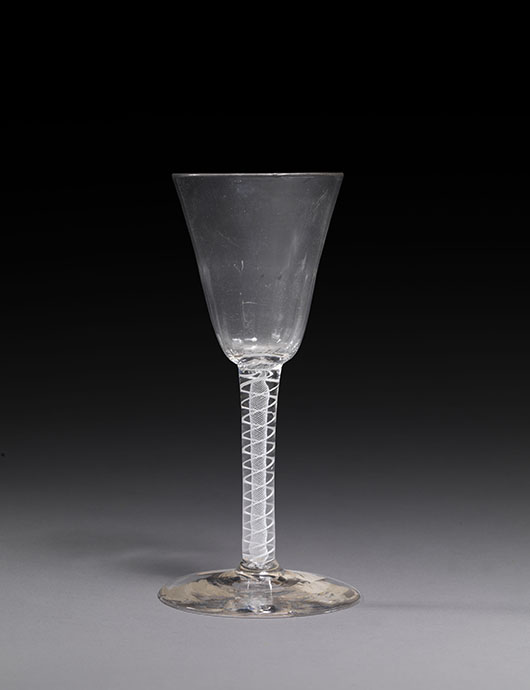 Those lovely air-twist wines used to be a staple commodity at regional UK auction rooms but are now very rare and thus highly collectible.

One of the most encouraging aspects of the Courtauld display is that it was researched by an intern. It is often said that the London art world is now run by interns, but when the results are as imaginative and educational as this it says a great deal about the value of internships when the student in question puts her mind to it. Victoria Druce, the clever intern who put the Courtauld’s tightly-focused exhibition together, is currently completing an MSc in Science Communication at Imperial College, London, having trained as a chemist. She is interested in the materials involved in the making of glass and the various changes in glass composition from country to country. The Courtauld display will encourage close examination of these two precious examples of the glassmaker’s art. The glasses will be exhibited alongside the Courtauld Gallery’s collection of eighteenth-century century British and Italian paintings and English silver. Bravo, Victoria Druce.