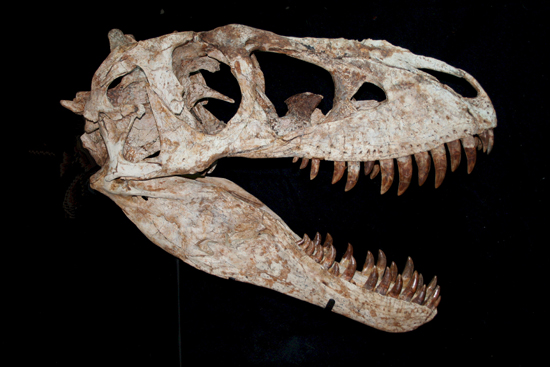 Now that the ash cloud from the Icelandic volcano has abated, only to be replaced by London’s perennial summer weather of rain, rain and more rain, organisers of the many art and antiques fairs taking place in London in June and July will be rubbing their hands together in glee. At least flights are arriving, and poor weather generally brings people into a fair rather than keeping them out.

As I write this, it was still too early to tell whether the London International Fine Art Fair at Olympia had been deemed a success during its first year under the direction of U.S. fairs impresarios David and Lee Ann Lester. With antiques struggling to remain relevant and affordable in a world seemingly preoccupied with contemporary art, the Lesters may have hoped for better prefair press coverage than the acreage devoted to the rare Tarbosaurus skull

This Tarbosaurus skull, on the stand of Dorset-based fossil dealer Chris Moore at the London International Fine Art Fair at Olympia, where it was priced at £130,000 ($190,000), was still seeking a buyer at the end of the fair. Image courtesy Chris Moore.

being offered by Dorset-based fossil dealer Chris Moore. The skull, priced at around £130,000 ($190,000), remained unsold as the fair reached its conclusion, with Moore describing the atmosphere at the fair as “quiet.”

Asked whether the event had been a success, a UK-based spokesperson for the London International Fine Art Fair said there had been “a few issues,” citing “a fire in High Street Kensington and a local bus pile-up, which had not helped.” However, an unnamed U.S. rock star had evidently attended and bought some sculpture, and Mick Jagger was also spotted strolling the aisles, although whether he purchased anything remains unconfirmed.

Meanwhile, despite the failure of the Tarbosaurus skull to find a buyer, the major London salerooms continue to remind us of the enduring truism that objects of the greatest rarity and quality in the fine art world will always sell, recession notwithstanding. This is nowhere more evident than in the currently fashionable categories of Indian and Chinese contemporary art, which are attracting wealthy new collectors like moths to a flame.

Flushed with the success of Christie’s March sale of South Asian Modern and Contemporary Art in New York, Yamini Mehta, Christie’s South Asian department head, was bold enough a few weeks ago to forecast a similarly bullish response to their June sale in London, commenting, “The global art market is receptive to the best.”

Arriving fresh to market from a private French collector who had acquired it direct from the artist, it was bought by a private Indian museum.

It is not only Indian modern and contemporary art that has been quickening the pulse of collectors in recent years. Michael Goedhuis, a leading London and New York dealer specialising in Asian contemporary art, tells me that among the most exciting categories slated for significant growth in the near future is contemporary Chinese ink painting.

“Contemporary ink painting, or the New Ink Painting, as it is called in China, is particularly rich in its pictorial range,” said Goedhuis, who has spent the past 15 years nurturing an awareness among Western collectors of the aesthetic attractions and investment potential of contemporary Chinese art. “The New Ink Painting and calligraphy, executed with a brush and ink on paper, is now the area of Chinese contemporary art that provides collectors with not only the best value in financial terms, but a foothold in what is certainly one of the most exciting intellectual developments in modern China.”

Goedhuis is hoping his prognostications will be vindicated when he stages an exhibition of Chinese contemporary ink paintings at Carlton Hobbs Gallery in London from June 15 to July 16. The exhibition will include 20 new works by Wei Ligang, one of China’s most distinguished and avant-garde artists specializing in contemporary Chinese ink painting and one of the original artists featured in the pioneering 2002 exhibition at the British Museum in London 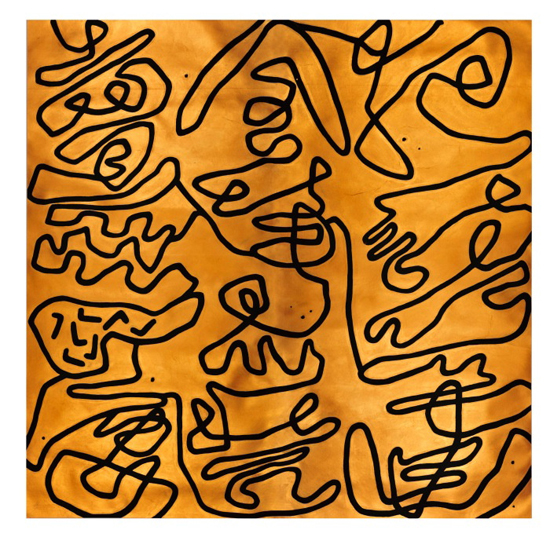 Wei Ligang (b. 1964), ‘Ye Fang Chui Xiao Ke, Chun Deng Mai Jiu Lou’ (On the way to the clarinetist in the night, I passed by a well-lit wine shop), 2010. Ink and acrylic on paper (a pair). On display at Michael Goedhuis’s exhibition of Chinese contemporary ink paintings at Carlton Hobbs Gallery in London from June 15 to July 16. Image courtesy Michael Goedhuis. 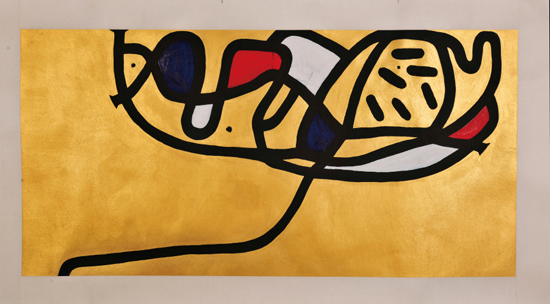 The inexorable rise of Indian and Chinese contemporary art can have the effect of deflecting media attention away from more traditional art market categories. However, there is already a consensus that auction supply across most categories has recovered significantly in recent months, which is good for the market in general. It now remains to be seen whether areas such as Victorian pictures and Old Masters will show similar levels of improved demand to those enjoyed by Chinese, India and Russian art. An early test will be Christie’s forthcoming sale of Victorian paintings June 16.

The Draper was consigned by the Royal Institution of Cornwall in Truro, making it another example of museum deaccessioning, at one time the most controversial topic in museums, but increasingly deemed justifiable on funding grounds. The Royal Institution is facing a funding shortfall, but following a comprehensive consultation process it was decided to consign the picture to auction. Proceeds of the sale will be used to establish an endowment fund to safeguard the museum’s long-term future.

One of the most hotly debated topics in art criticism in recent decades has been the perceived decline of drawing as an academic discipline. However, despite drawing declining in popularity among contemporary artists, some art schools have continued to teach the subject. This month sees the publication of an important new book on drawing by Deanna Petherbridge, former professor of drawing at the Royal College of Art. The Primacy of Drawing: Histories and Theories of Practice is published by Yale University Press and is likely to reignite interest in the topic among artists and critics.

The publication of Petherbridge’s book coincides with one or two London exhibitions on a related theme. While the British Museum’s superb exhibition of Italian Renaissance drawings — Masterpieces from the Uffizi Gallery — continues until July 25, another date for collectors is Master Drawings London (from July 3-9), a collaborative event that brings together London’s most select dealers in this category. This year marks the occasion’s 10th anniversary, a feather in the cap of founder Crispian Riley-Smith who launched the initiative in 2001. The fact that it eventually spawned a sister event in New York is testimony to the success of the venture, which embraces examples of the art both ancient and modern. Thus collectors can see and buy works by master practitioners from Guercino (1591-1666), such as his Man in Profile Holding a Book, 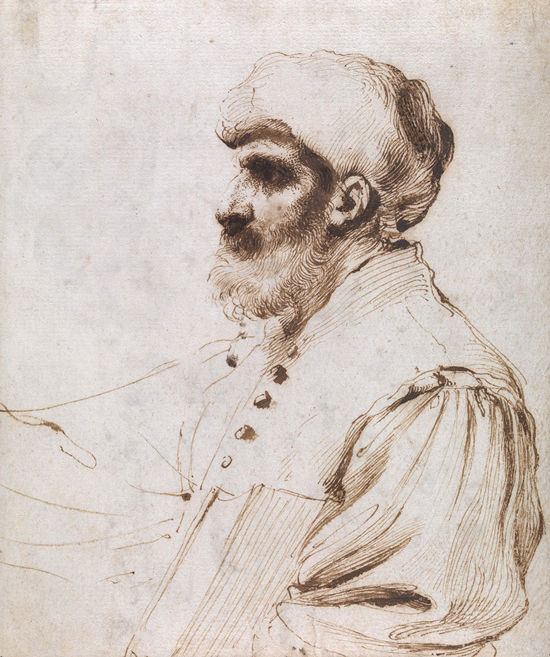 on display with Thomas Williams Fine Art, to contemporary British artist Sean Scully (born 1945) one of whose abstract compositions will be for sale with Stephen Ongpin Fine Art. 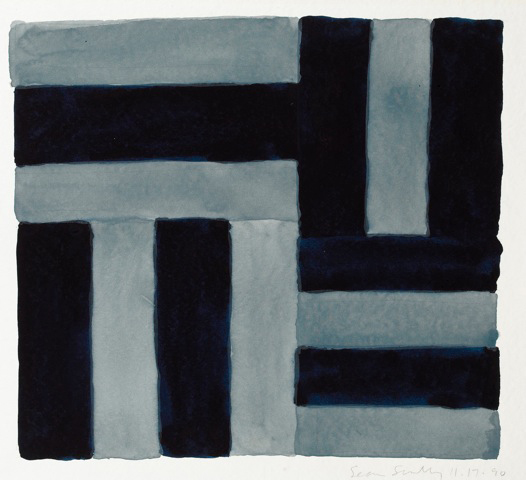 Drawing was also a central strand of the work of the great Italian painter Caravaggio (1571-1610) who remains one of the most exotic and intriguing figures in the history of art and whose work continues to divide connoisseurs. Leading London Old Master paintings dealers Whitford Fine Art are currently staging an important exhibition entitled Caravaggio’s Friends and Foes, which offers yet another chance to explore the painter’s extraordinary influence both on his contemporaries and on later generations of painters. The exhibition continues at Whitford’s 23 Dering St. premises until July 23 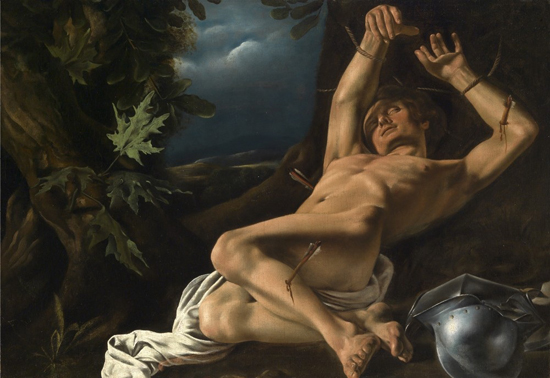 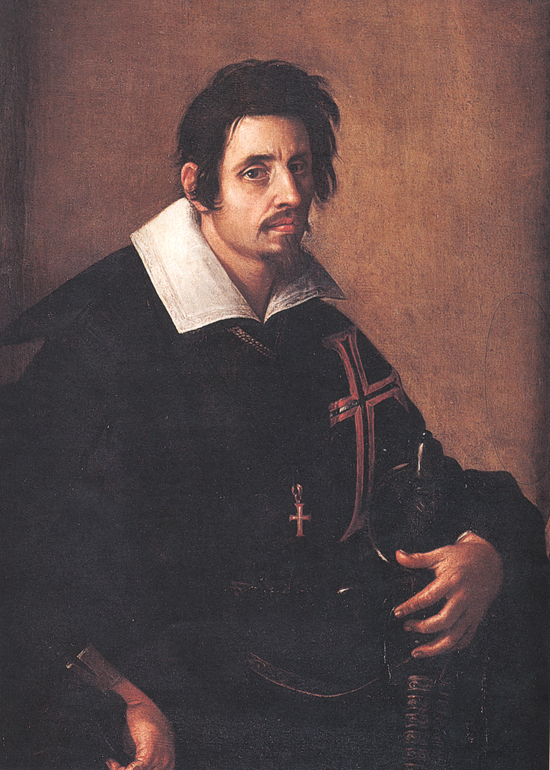 ‘Caravaggio’s Friends and Foes’, an intriguing exhibition on view at Whitford Fine Art until July 23, includes this Self Portrait of 1606 by Giovanni Baglione, Caravaggio’s first biographer, which has been loaned by a Spanish private collector. Image courtesy Whitford Fine Art. 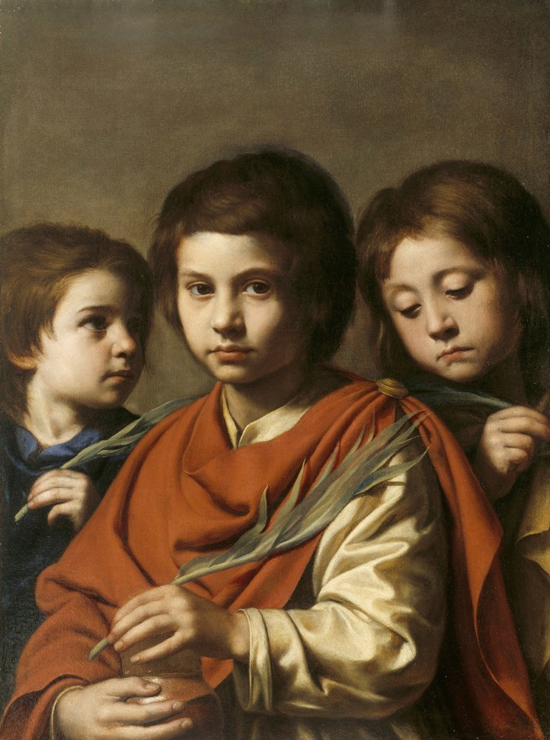 Finally, it was announced this week that Lord Howe, who, since 1999 has been Chairman of LAPADA (The Association of Art & Antiques Dealers), has been appointed Parliamentary Under-Secretary of State for Health in the newly elected Coalition Government. Prior to this, Lord Howe had served for several years as the Opposition Front Bench spokesman for Health and Social Services in the House of Lords. 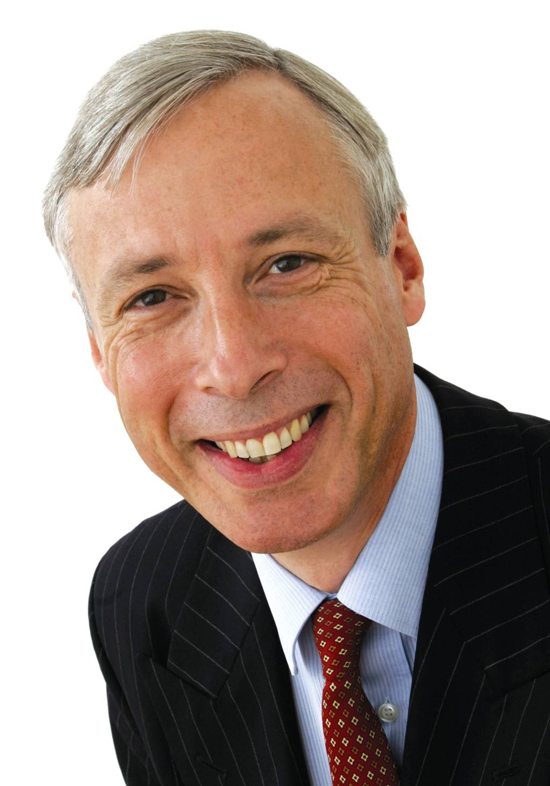 Lord Howe, chairman of the Association of Art & Antiques Dealers, who will leave his post this summer to become Parliamentary Under-Secretary of State for Health in the newly nelected Coalition Government.

LAPADA Chief Executive Sarah Percy-Davis commented, “Lord Howe has been a great source of support to the Association. Bringing with him invaluable experience and knowledge of both business and politics. He has helped us face the challenges of a rapidly changing international market place, as well as ensuring that the views of the trade are noted in both Westminster and Brussels. We shall miss his wise counsel and friendship.”

Lord Howe’s successor as Chairman of LAPADA will be announced later in the summer.