“The name’s Bond. James Bond.” It’s one of the most memorable lines in film history, and this week Christie’s tapped into the enduring public fascination with Fleming’s dashing spy by offering a selection of classic posters and original artwork associated with the Bond movies at their vintage poster auction in South Kensington.

While everyone has their favourite Bond film, many art lovers — and particularly aficionados of art crime — reserve a special fondness for Dr. No in which Bond pauses on the stairs of the villain’s mountain hideaway and glares at Goya’s portrait of the Duke of Wellington, resting on an easel nearby. The original painting had been stolen from the National Gallery in London earlier in 1962, the year the film was made. This witty reference to a real-life art crime not only added a frisson of topicality to Terence Young’s film, it also unwittingly cemented the myth that behind every art theft is an evil “Dr. No” collector.

Such popular cultural background is just one of the many elements that keeps Bond memorabilia so collectible, but it is original artwork that really gets pulses racing.

Thus the star of the sale in commercial terms was the original concept artwork by Robert E. McGinnis for the poster campaign for Diamonds Are Forever of 1971 starring Sean Connery, surely the greatest Bond of all. Executed in gouache and mixed media on board and signed by McGinnis, this masterpiece of dynamic commercial design was estimated at £18,000-£24,000 ($29,214-$38,952) but went on to fetch £79,250 ($129,970).

Turning from the masters of popular culture to the cultured business of Old Master paintings, London dealers continue to assert their connoisseurial prestige at the top of the market. This week it was announced that the London-based historical portrait specialist Philip Mould has discovered a lost portrait of a young woman by Sir Anthony Van Dyck dating from 1630-34. The picture’s illustrious provenance included a period in the ownership of the diplomat Talleyrand and, afterwards, Emmerich Joseph, a prominent 19th-century collector. Later it entered the collection of the Rothschilds, only to be looted by the Nazis. Restituted in 1946, it subsequently disappeared into relative obscurity before surfacing in 2010 in a Christie’s catalog of a Parisian house sale of the Rothschild family where it was described simply as Flemish School. 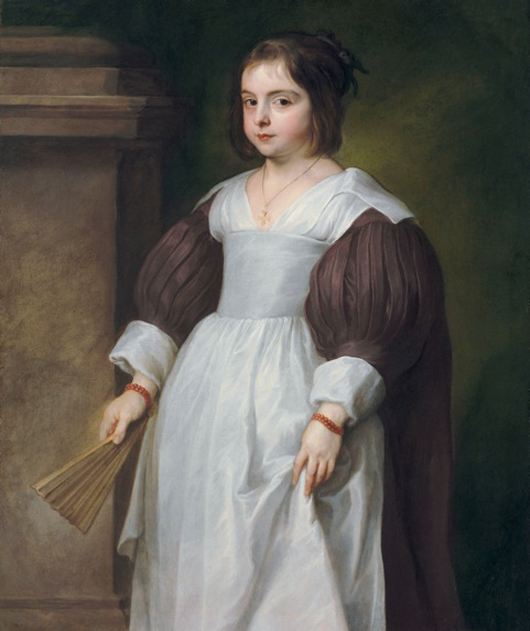 Philip Mould and his associate paid 1,017,000 euro to secure it — 50 times its upper estimate — after which it was given a thorough cleaning, which revealed a wealth of previously obscured details. Mould believes these factors have contributed to tripling the painting’s current market value. Certainly it reveals how Van Dyck captured his precocious young model in a moment of penetrating skepticism as if unimpressed by the whole business of having her portrait painted.

Another London dealer busy rediscovering lost works is the watercolor specialist Guy Peppiatt. His recent summer exhibition of 18th- and 19th-century drawings and watercolors included two recently rediscovered Samuel Palmer watercolors dating from 1861, a marvelously action-packed and previously unknown early Thomas Rowlandson drawing of an escaping highwayman, and a pen, brown ink and colored wash drawing of a Wooded Landscape with a Country Cart and Faggot Gatherers by Thomas Gainsborough (1727-1788).

Peppiatt is currently showing these at the Art Antiques London fair alongside other works, including a marvelous Francis Nicholson watercolor of Kirkstall Abbey near Leeds, and a fine view by Edward Lear (1812-1888) of Sartene, Corsica, in pen and brown ink and watercolor over pencil. 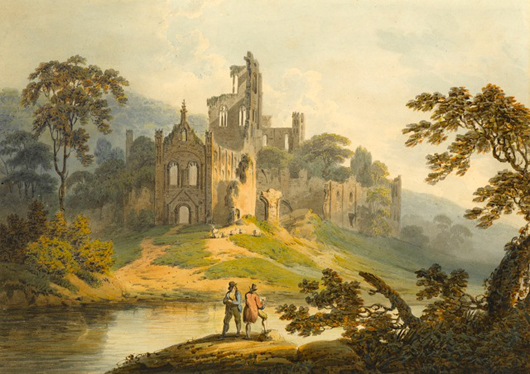 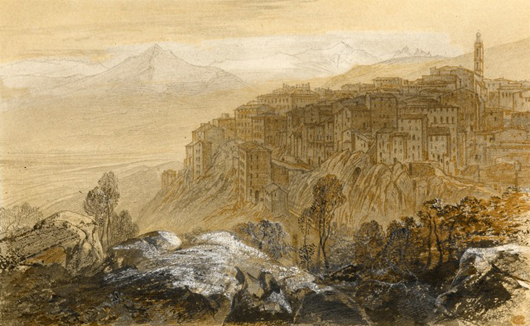 London is not the only place to find good quality 19th-century pictures this month. The Harrogate Pavilions Antiques Fair starts June 17 in the popular Yorkshire spa town and among the more desirable works on offer will be a delightful View of York from the castle walls, signed and dated 1829 by William Frederick Wells (1762-1836), a founding member of the Old Watercolour Society. The picture will be offered by Derek Newman Fine Art of Gloucestershire, who will be taking a broad selection of 18th- and 19th-century watercolors to the Harrogate fair. 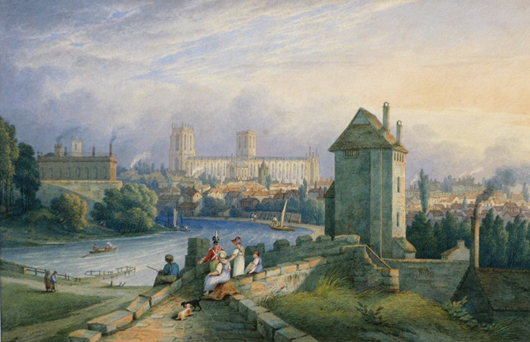 Gloucestershire dealer Derek Newman will be showing at the Harrogate Pavilions Antiques Fair on June 17-19, where he will be offering this charming ‘View of York from the castle walls,’ signed and dated 1829 by William Frederick Wells (1762-1836). Image courtesy Derek Newman Fine Art.

Outdoor sculpture displays have become a familiar part of the summer season in the UK and this year is no different. From June 19 until July 10, the picturesque five-acre gardens at Quenington Old Rectory in Cirencester, Gloucestershire, will host the 10th Quenington Fresh Air Sculpture Exhibition featuring around 200 works by 100 sculptors in a price range from £100 to £35,000. The success of these ventures depends chiefly on the eye of their curators and Quenington’s organizers seems to have managed an encouraging consistency in that respect, selecting carefully and avoiding the kind of kitsch objects that so many sculpture parks seem to attract.

This year’s show includes the inventive use of textiles, a number of works in glass, sculpted flowers and some witty interactions with the Old Rectory’s indigenous ruined buildings such as Michael Branthwaite’s site-specific Vernacular Intervention which comprises a big red chain link slotted through the door and window of an old abandoned stone building. Marigold Hodgkinson, meanwhile, famous for her water-bound sculptures, has placed one of her reflective works in the Quenington Rectory pond. Let’s hope the sun shines to show it off to its best effect.

This work by sculptor Jenny Ford, entitled ‘Study (Blue Pod)’ will be on display at the Fresh Air outdoor sculpture exhibition at Quenington Old Rectory, Cirencester, Gloucestershire from June 19 to July 10. Image by permission of the Quenington Sculpture Trust.

Ruth Moilliet’s ‘Wildflowers,’ one of the sculptures on display at the Fresh Air sculpture exhibition at Quenington Old Rectory from June 19 to 10th July. Image by permission of the Quenington Sculpture Trust.

Finally, a quick preview of London’s Master Paintings Week which runs July 1-8. This year’s event features one or two new participants, including two Italian dealerships. Among the works on display with Riccardo Bacarelli and Bruno Botticelli, who will set up shop on the fifth floor of 21 Bruton St., will be a striking Portrait of Giovanni di Piero Bini, shown with a small dog on his arm.

Meanwhile, Emanuele and Leonardo Piacenti were so impressed by their last visit to London in March this year that they decided to relocate their business to 8 Duke St., St James’s. A highlight of their Master Paintings Week exhibition will be an interesting oil on canvas depicting The Judgment of Paris by the 17th-century Italian painter Alessandro Rosi (1628-1669). The work departs from the standard Judgment format of three graceful nudes to focus on Paris clutching the golden Apple of Discord.

Happily, London’s Master Paintings Week is always a model of concord rather than discord.