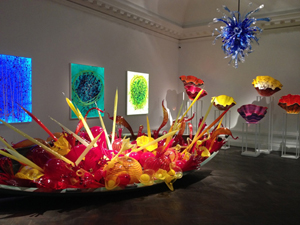 An interior view of ‘Beyond the Object’, an exhibition of the work of American glass sculptor Dale Chihuly at Halcyon Gallery in New Bond Street until June 21. Image: Auction Central News.

LONDON – It is warmer than usual here in London and it is raining, so it must be summer. As June makes its entrance, the city is gearing up for a month of fairs and other glamorous art market events. This is when London asserts its status as a truly global hub where the planet’s richest individuals congregate to meet, eat and shop till they drop, constant cloud cover being no deterrent.

If you were in any doubt as to just how wealthy the world’s wealthiest really are, then consider this: Last Tuesday, Prince Charles opened a conference here on “Inclusive Capitalism” which was attended by 250 people who between them control $30 trillion dollars worth of investable assets, which is roughly one third of the total wealth in the world. Ask yourself: do you feel included?

Doubtless the organizers of London’s summer art and antiques fairs will be hoping a few of the “inclusive capitalists” at this week’s event will hang around a little longer, envelop them in a warm embrace and spend some of their unearned cash on alternative assets of the art and antique variety. They could, for example, take a stroll over to fashionable Kensington Gardens, once home to the late Princess Diana, where, from June 11 to 18 art fair organizers Anna and Brian Haughton will stage another edition of their popular Art Antiques London event. 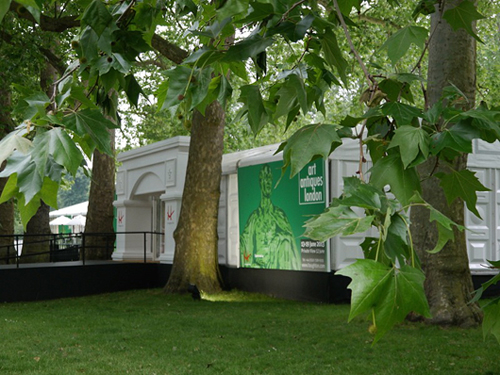 This has established itself as a popular summer fair here in London and, weather permitting, can make for a glamorous and atmospheric destination, even in the evening. 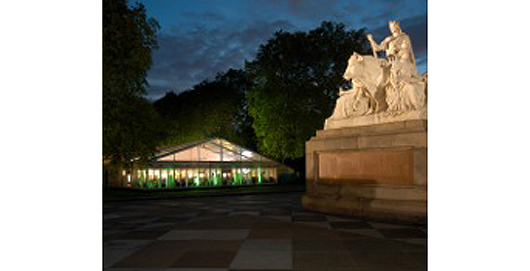 We have been sent a few images of the sort of material that will be on view this month, which include an extremely rare Rouen faience sponge box, circa 1730, which will be on the stand of Paris-based ceramics dealer Christophe Perles. 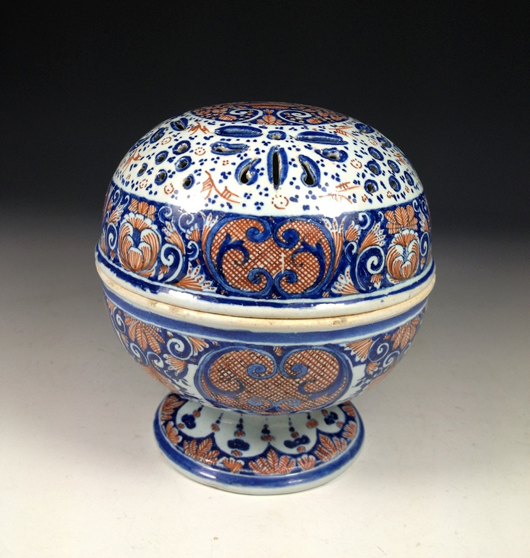 Meanwhile, London works of art dealer Ted Few can always be relied upon to bring a much-needed slice of daily life to the swankier art fairs and among his offerings this year will be an oil on canvas by David Craig, titled And Her Mother Came Too (1949). 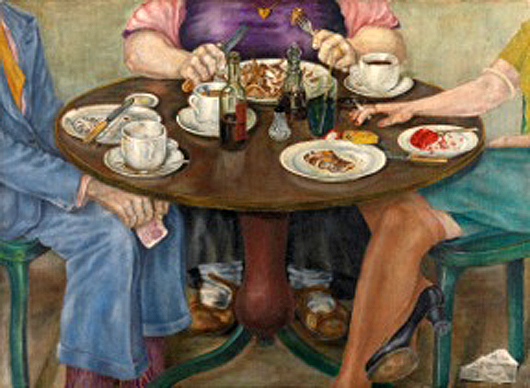 London dealer Ted Few will be showing this amusing oil on canvas of 1949 by David Craig, titled And Her Mother Came Too, at the Art Antiques London Fair on the West Lawn of Kensington Gardens from June 11-18. Image courtesy Art Antiques London and Ted Few.

The image shown here suggests this is not, perhaps, how the mothers of the world’s wealthiest people sit down to eat, but variety is the spice of life.

This year’s fair coincides with Asian Art in London, the city-wide festival organized by London’s most prestigious dealers in Asian art which, of course, is all the rage right now as Asian collectors channel their freshly earned millions into art and antiques. This augurs well for Maastricht dealer Gus Röell, who is bringing to the fair, among other things, an intriguing Cantonese ivory basket, circa 1810, thought to be a wedding present from an official of the Dutch East India Company to his son in 1814. 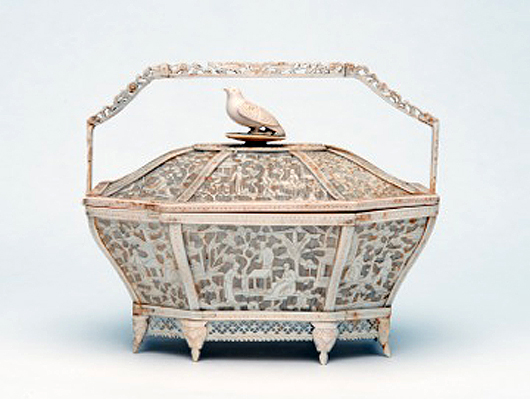 Gus Röell Fine Art of Maastricht will offer this ivory basket, China/Canton, circa 1810, at the Art Antiques London fair. The inside bears the initials of Wouter Karel Willem Senn van Basel (1781-1856). Image courtesy of Art Antiques London and Gus Röell.

Elsewhere at the fair a slightly more contemporary aesthetic is represented by Lesley Kehoe, one of Australia’s leading dealers in Asian art, whose display will be devoted to an installation of works by Japanese artist Maio Motoko (born 1948), who has revived the traditional art of decorative folding screens. 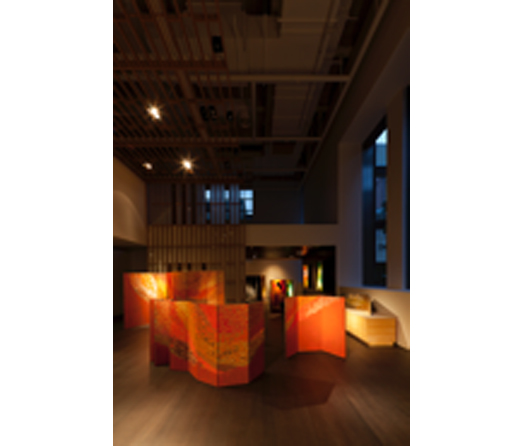 Prestigious fairs like Art Antiques London pride themselves on their vetting procedures. The process ensures that everything exhibited at the fair is authentic and offered with good title. That “due diligence” culture is becoming increasingly important in an art market characterized by rocketing prices, an alarming increase in art theft, the proliferation of fakes and forgeries, and the illicit traffic in cultural heritage.

Until recently there was only one organization responsible for providing due diligence services to the international art and antiques trade and that was the Art Loss Register. However, recent critical press coverage of the ALR in the New York Times and elsewhere has highlighted the urgent need for an alternative service. Now American-born, London-based lawyer Christopher Marinello has founded Art Recovery International to do just that. He spoke to Auction Central News at his smart new offices in West London, a stone’s throw from the Olympia Exhibition Center where the Olympia Fine Art and Antiques Fair will be held from June 5 to 15. 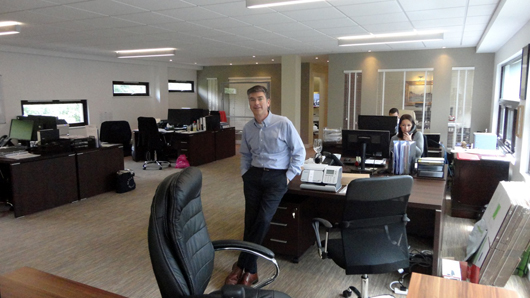 Christopher Marinello, founder director of newly established Art Recovery International in his offices in West London from where he will offer a range of ethical Due Diligence services for the art trade. Image: Auction Central News.

“By the fall we aim to be in a position to provide an ethical and comprehensive due diligence and art recovery service to the international art and antiques industry,” said Marinello. His new company has been busy in recent months winning hearts and minds among the world’s crime prevention agencies, cultural heritage protection bodies, and the art trade. “We are confident that by the end of the year we will be in a position to take due diligence to a new and cost-effective level,” said Marinello. “To that end we have recruited a highly experienced team, all of whom are committed to improving best practice procedures in the art market.”

Cultural heritage can turn up almost anywhere and in many guises, and as specialist London coin dealers Morton and Eden recently discovered, Eastern Europe is an increasingly fertile focus of attention. One of their specialist valuers, Jeremy Cheek, was recently sifting through a collection of old envelopes sent for appraisal by descendants of an Eastern European family. One of the hundreds of small dusty envelopes was found to contain a cache of rare silver Tsarist coins dating from the early 19th century. The small kopecks are thought to have been struck by Tsar Alexander I, Emperor of Russia from 1801 until his death in 1825, and it seems many of them have never been in circulation. 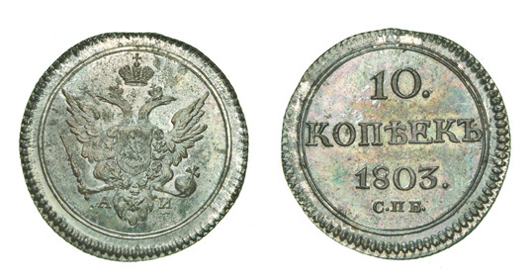 “I was really surprised to find them in an otherwise fairly ordinary group of coins,” said Cheek, “and I was astonished by their condition.” The origin of the coins, each of which is a different variety with no duplication and all of a high “Mint State” grade, remains a mystery. “There are no apparent records of such a set having been issued,” said Jeremy Cheek. Their rarity has led the auctioneers to estimate the 10-kopeck piece of 1803 (pictured here) at £15,000-£20,000 ($25,000-$33,450), while a five-kopeck piece of 1825 is expected to bring £6,000-£8,000 (£10,040-$13,400) when they are offered at Sotheby’s London rooms on June 10. Might they be of interest to one of the many newly minted Russian billionaires now domicile in London?

The twinkling lights of the Art and Antiques pavilion will not be the only visual attraction visitors will enjoy during the coming weeks. Recently one of glass sculpture maestro Dale Chihuly’s writhing creations set Berkeley Square ablaze with dazzling color. 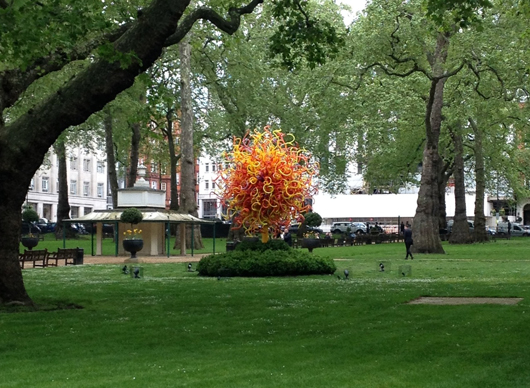 The installation in the square coincides with Chihuly’s exhibition “Beyond the Object” at Halcyon Gallery in New Bond Street until June 21.

Sculpture comes into its own during the summer months, largely thanks to the numerous outdoor displays in the countryside scheduled for July through September. More on that next month, but for now a brief mention of one or two other interesting exhibitions taking place outside the capital in the coming weeks.

The Fosse Gallery in Stowe on the Wold, Gloucestershire will be showing an exhibition of crayon, pen and ink drawings of native breeds of farm animals by Seren Bell from June 8 to 28. Bell’s Chartley Park Bull and Red Gate reveal her knack of capturing the personality of her animal subjects. 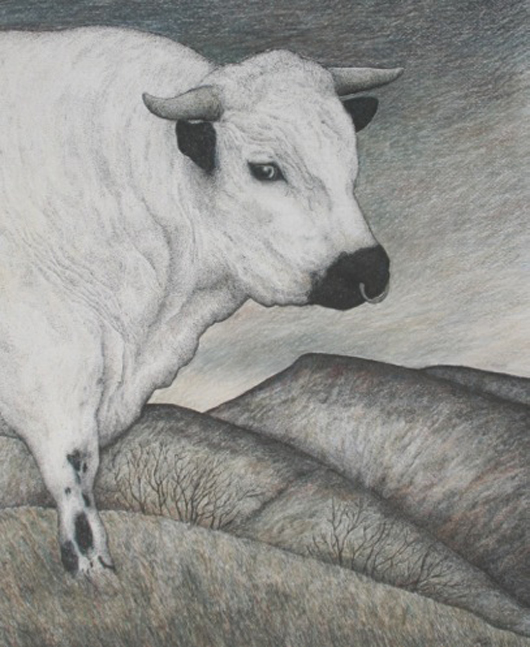 ‘Chartley Park Bull’, a crayon, pen and ink drawing by Seren Bell on view at the Fosse Gallery in Stowe on the Wold, Gloucestershire from June 8 to 28. Image courtesy of The Fosse Gallery. 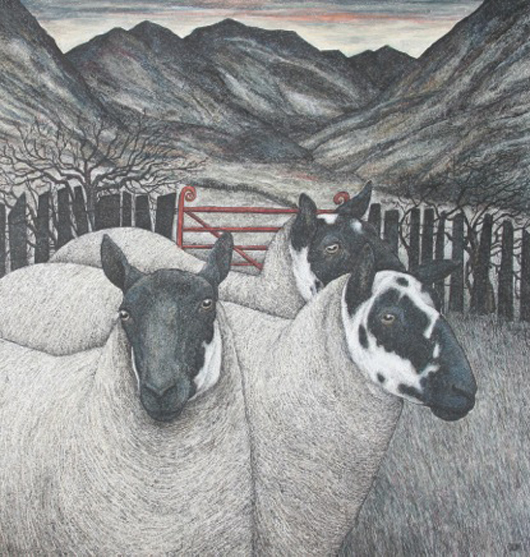 No doubt the exhibition will meet with an enthusiastic response from members of the rural Gloucestershire community who live and work among these native breeds.

Finally, something of the serenity of the English countryside can also be sensed in an exhibition currently on view at the Jerram Gallery, Sherborne, Dorset until June 11. Fifteen artists have contributed works to “Still Life and Interiors,” a biannual exhibition that seeks to offer “a comprehensive overview of still life painting today.”

Many of the artists will be familiar to Jerram habitués, but two new faces, Charles Anderson and Karl Taylor, join them this year. Prices range from £750 to around £3,500, with John Maddison’s oil on canvas The Butler’s Pantry and Brian Hanlon’s Pots from an Old Garden Shed (the latter priced at £3,850 [$6,450]) being broadly representative of the kind of appealing, traditional work on show. 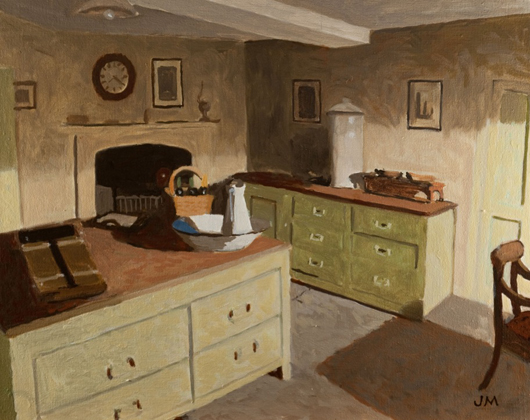 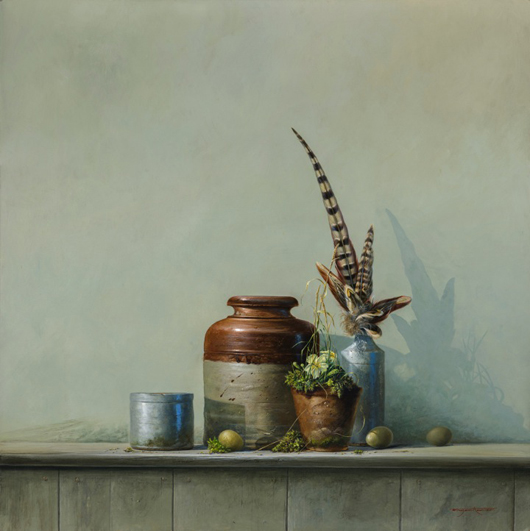