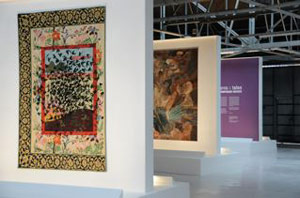 Christie’s decision to shut down lines of credit, even to its longest-standing and most trusted clients, was the main issue raised by dealers showing at the Winter Fine Art and Antiques Fair at Olympia in London this month.

“I’ve had an account with Christie’s for twenty-five years,” said London-based specialist textiles dealer Joanna Booth, “but they never told us they were changing their policy on lines of credit. You only get this news when you come to [pay for and collect] your objects.”

That sentiment was echoed by Charles Plante, a dealer in 18th-century prints and architectural drawings, who expressed surprise that the first he heard of the policy was when he arrived at Christie’s to pay his bill. “The least they could have done would be to forewarn their valued clientèle,” he said. Approached by Auction Central News for a comment, Christie’s said, “We are modifying our policy with respect to releasing property to encourage clients to use our new credit card facilities that we introduced September 1. We will continue to offer extended payment terms to buyers on high-value lots whenever these terms are matched and agreed by the seller. All lots bought with extended terms must still be held by Christie’s and not released until full payment has been received as has generally been our policy.” 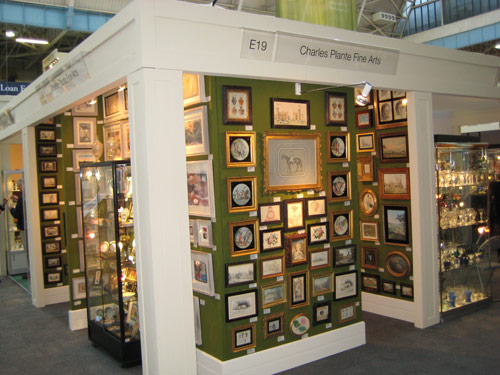 The stand of London dealer Charles Plante, who reported brisk business on the opening night of the Winter Olympia Fair. Photo by Auction Central News.

The other widespread topic of conversation at Olympia seemed to be the lack of American buyers on the opening night, which many saw as the clearest indication that the credit crisis was kicking in. “The Americans have been conspicuous by their absence,” said well-known ceramics dealer Hugh Mote. “You’d think that the relative recovery of the dollar against sterling would have encouraged them to come, but so far we’ve only seen the Europeans taking advantage of the stronger euro.” Mr Mote sold a few pieces to Italian buyers on the first night but remained hopeful that others would arrive as the week progressed. 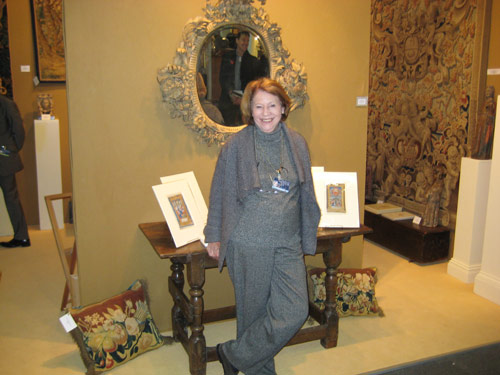 Portobello Road ceramics dealer Fergus Downey of Vanbrugh West also noticed that his usual American clients were nowhere to be seen this year. “The decorators and the American trade are usually my main buyers,” he said. “When the dollar was two to the pound, London seemed expensive, even to the billionaires, who were complaining about the price of coffee and taxis. But at least they were here. Last November I sold a fair amount to the big trade names but this year they were absent, and so were the Russians.” That said, Mr. Downey sold a few items in the £500-2,000 range on the first two days, mainly to private collectors. 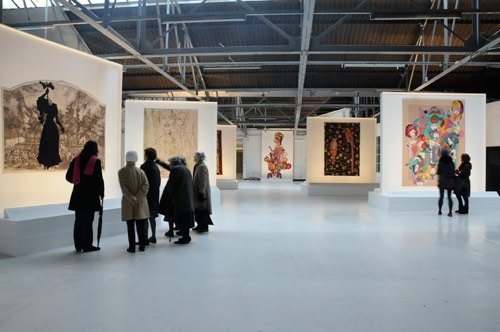 Attendance at this year’s Winter Olympia was 22,352 – almost exactly the same as last year. The fair’s organizers added a positive note to the slightly downbeat response from some exhibitors earlier in the week, pointing to a number of encouraging sales, including a few to American buyers. For example, Wakelin & Linfield sold a pair of Hepplewhite chairs for £22,500 to a Texan decorator, young jewellery designer Jessica McCormack sold a dog collar for £11,500 to a Chinese couple from California, and clock dealer Richard Price sold a rare French, automaton balloon timepiece to an American couple living in London for £16,000. In the furniture section, new exhibitor Lennox Cato sold a set of 14 Regency mahogany dining chairs, circa 1825, to a new customer for over £20,000. 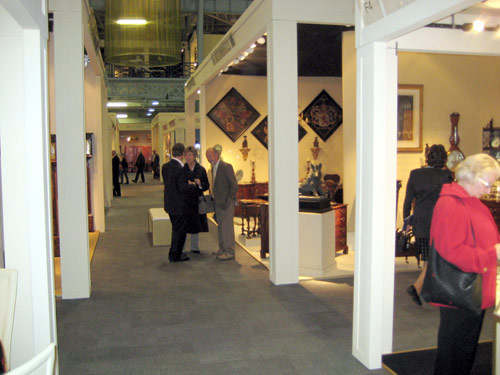 Elsewhere, results from the recent Impressionist, Modern and Contemporary auctions in London and New York confirmed that the global downturn is finally making inroads into the art market. But not everything is doom and gloom.

Cross-dressing Turner Prize-winning artist Grayson Perry was holding court in a colorful Little Bo Peep costume at the opening of an exhibition of contemporary artists’ tapestries at The Dairy gallery in Holborn this week. Perry was among a dozen contemporary artists invited by Christopher and Suzanne Sharp, founders of The Rug Company, to contribute to an innovative new project: Banners of Persuasion: Demons, Yarns and Tales. 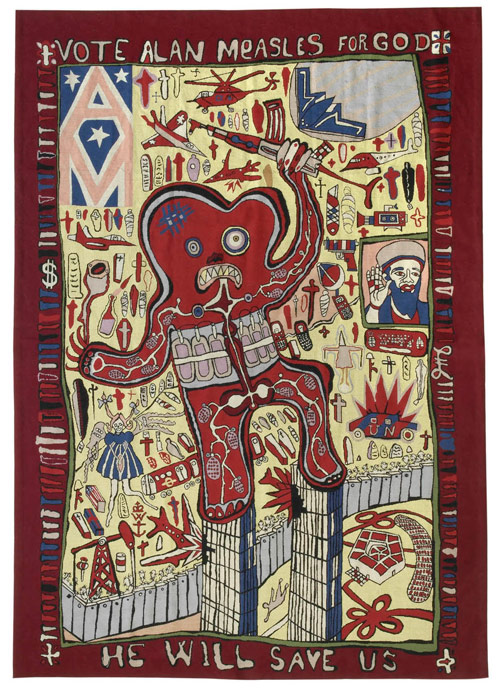 Perry’s tapestry, titled Vote Alan Measles for God, showed the artist’s childhood teddy wearing a suicide bomber’s explosive vest, surrounded by symbols of consumer culture and global unrest. It was among many works at the exhibition whose first editions (each in an edition of five) had already sold out by the time the show opened. The exhibition travels to Miami from 2nd to 6th December.