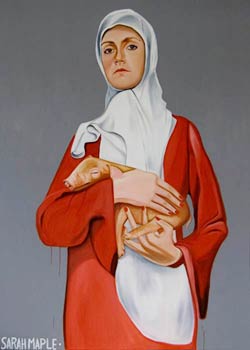 With all eyes on the marquee in Regents Park where the sixth annual Frieze contemporary art fair opens on Oct. 16 in an atmosphere of nervous apprehension [full report to appear soon on Auction Central News], it was easy to miss one or two other newsworthy items developing elsewhere in the capital.

Over at the recently opened SaLon Gallery in West London, work by young British contemporary artist Sarah Maple has been incurring the wrath of The Muslim Association of Britain (MAB), according to UK broadsheet the Daily Telegraph.

The oil painting in question, titled Haram, shows the artist, herself a young British Muslim, wearing traditional Islamic dress and cradling a pig. According to the Daily Telegraph report, Mokhtar Badri, a spokesman for MAB, objected to the work on the grounds that Muslims are “taught to keep their distance from pigs because they are unclean”. The Telegraph item said that MAB “plans to visit the SaLon Gallery to demand that it remove Maple’s painting” when the exhibition opens on Oct. 16. Understandably, SaLon Gallery increased its security provision ahead of the opening.

To ascertain whether or not such a visit to the gallery was to occur, Auction Central News contacted Dr. Badri, who confirmed that neither he nor his organization plans any such action. Was this a media attempt to incite ethnic division where no real controversy existed?

Needless to say, all this represented valuable publicity for the adventurous new SaLon Gallery, which is seeking to make its mark on London’s lively contemporary arts scene.

Meanwhile, Edinburgh-based auction house Lyon & Turnbull seems similarly determined to conquer the capital. Their recent London auction of ‘Urban Art’ was widely panned by journalists and critics when it failed to meet expectations, its heavy unsold rate interpreted as the first indication of the art market’s imminent ‘correction.’

The auction’s mood turned chilly after the decision of anarchic street artist Banksy to refuse to authenticate several pieces of his own work that had been entered in the sale. Resultedly, many of the Banksy artworks – whether authentic or not – failed to sell. 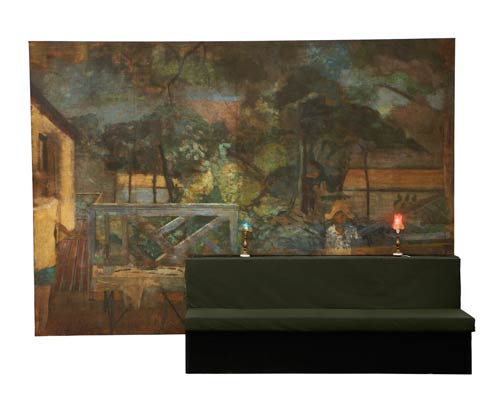 Brushing aside the Banksy blips, auctioneer Graham Snow of Lyon & Turnbull told Auction Central News, “The sale couldn’t have happened on a worse day, but it was still a terrific success.” He was referring to the sale’s real centerpiece – a mural by the late great School of London painter Michael Andrews. Until recently the mural had hung in the Colony Room, fabled Soho drinking den of Francis Bacon and his circle (“Champagne for my real friends; real pain for my sham friends!” as Bacon used to declare to fellow Colonists.)

The 15-foot-long household paint-on-Hessian mural of picnickers, which had graced the club’s walls since the 1950s, fetched £38,400, selling to London Modern British dealer James Hyman of the James Hyman Gallery in Savile Row, which represents the Andrews estate.

While the Phillips de Pury deal turned heads, the ATG sale seems to have barely registered with some members of the UK auction community. West Country auctioneer Martin Spencer Thomas told Auction Central News that he had been entirely unaware of the management buyout. “The ATG have been giving extra promotion to the paper in recent months by asking auctioneers to promote the paper for them, which only goes to show that less people are reading the paper than used to.” Colin Young of Lincolnshire auctioneers Golding Young, said of the buyout, “It will pass unnoticed.” 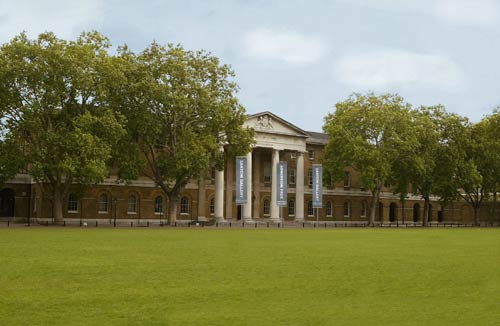 No such indifference greeted this week’s opening of the new Saatchi Gallery, which recently forged a co-promotional corporate partnership agreement with Phillips de Pury that grants free public access to the gallery. Located just off the King’s Road in Chelsea in the heart of one of the wealthiest and trendiest shopping zones in London, the 70,000-square-foot gallery benefited from unseasonably warm October sunshine at the weekend as thousands packed into its inaugural exhibition of Chinese contemporary art titled ‘The Revolution Continues’. 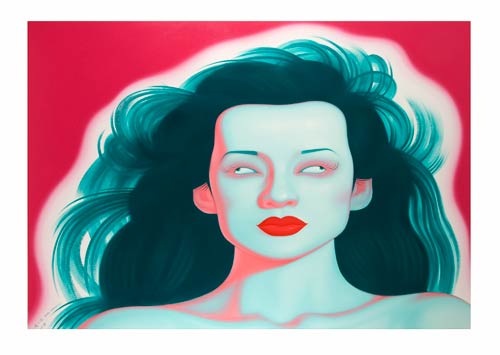 Elsewhere in the capital, there were further signs of the difficulties faced by traditional antique dealers in an increasingly unforgiving economic climate. This week, the final few dealers still present in their booths at The Mall antiques centre in North London’s Camden Passage were evicted from their now famous Grade II listed premises. 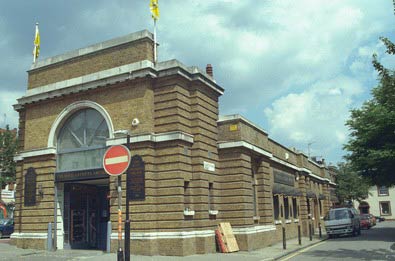 The building’s owners, London and Associated Properties (LAP), are planning to convert the premises for potential sale to a retail consortium. A public enquiry will be held in December, but Auction Central News has learned that many of The Mall’s former residents have already found new premises.

“We’re extremely upset by it all,” said antique boxes dealer, Christina Tattum. “I’ve moved to nearby Camden Passage, but it’s too early to tell whether the closure of The Mall will have an effect on the wider area.” Antique doll specialist Brenda Gerwat-Clark said, “There is still optimism because the credit crunch may yet make it difficult for LAP to sell the lease for more than they were receiving from 40 antiques dealers.” Mike Weedon, chairman of Camden Passage Antique Dealers Association, told Auction Central News, “I don’t think LAP are going to win. I don’t think they’ll get permission to develop the property. Considering the economic turmoil, the antiques and collectables business is holding up very well. They might end up regretting their decision to evict everyone.”

Finally, news reaches us that leading UK trade body, the Association of Art and Antiques Dealers (LAPADA) has this week written to Mark Thompson, Director-General of the BBC, to complain about the unfair bias towards auctioneers at the expense of the trade in BBC television antiques programmes. Sadly LAPADA were unable to supply a copy of the letter in digital format so confirmation of its contents and the BBC’s response will have to wait until the next London Eye. Watch this space.