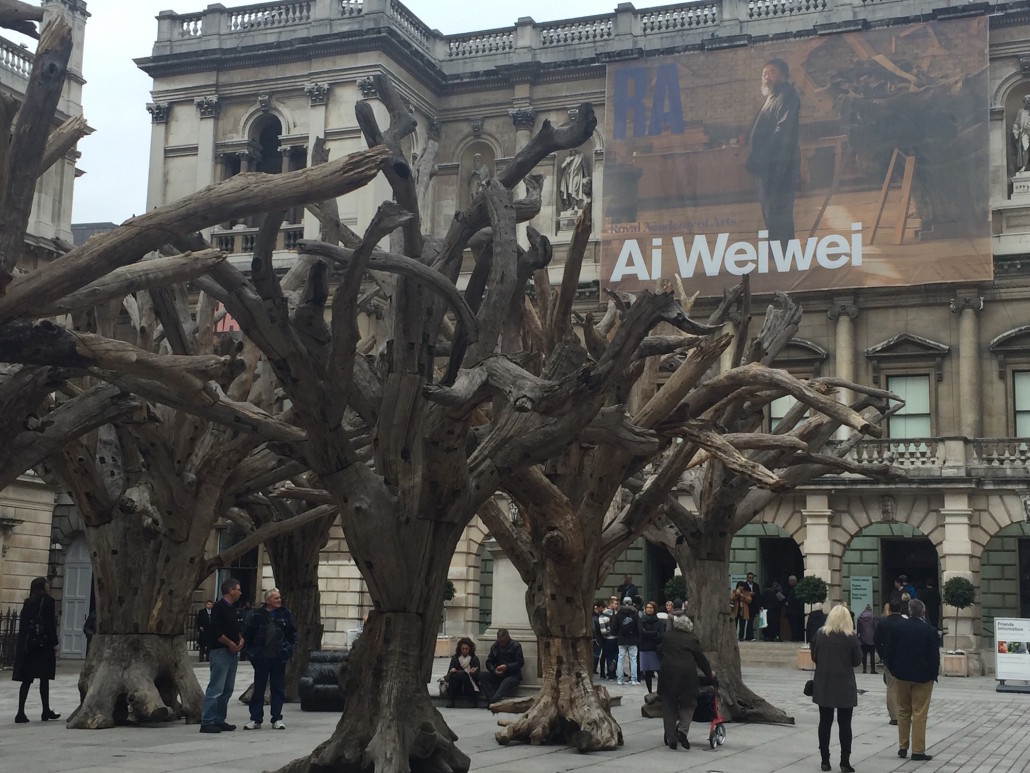 LONDON — Culture and politics seldom make easy bedfellows and diplomacy cannot always intervene to improve the relationship. At least that was one message emerging from the recent visit to London by the president of the People’s Republic of China, Xi Jinping. It was business that topped the diplomatic agenda as the president was steered from boardroom to banqueting table, with the thorny topic of contemporary art pushed to the margins.

Few were surprised to learn that the main course of roast venison served at the Buckingham Palace state banquet thrown in Mr Xi’s honor was accompanied by a rather special glass of red wine — a 1989 Chateau Haut-Brion, to be precise. While this cute little Cabernet Sauvignon can be yours for just £1,450 ($2,235) per bottle from Her Majesty’s preferred vintners, Messrs Berry Brothers & Rudd of St. James’s Street, the glass of honest English bitter that Prime Minister David Cameron treated Mr Xi to in his local pub near Chequers would not have cost much more than £4 ($6). Whether the Chinese president found the foaming pint more to his taste than the expensive plonk was never confirmed. Unsurprisingly, the news headlines were more about the forging of hot business deals than the sharing of warm beer.

What we do know for sure is that Mr Xi was not guided toward the Frieze contemporary art fair during his state visit for it is a safe bet that the art currently in favor with the British public is unlikely to find favor with the Chinese top brass. At least that would be a reasonable assumption to make judging by the response from the Chinese ambassador to the UK, Liu Xiaoming, when asked his opinion of the work of Chinese dissident artist Ai Weiwei, currently wowing crowds at the Royal Academy of Arts.

Asked by the BBC’s Andrew Marr what he thought of the work of this “global Chinese figure and Chinese patriot,” Mr Liu replied that “this so-called artist” is “not my taste,” before opining that “there are many talented Chinese artists much better than him,” adding that Ai Wei Wei is famous “only because he is critical of the Chinese government.” The fact that Ai is currently enjoying an elevated position just above the statue of Sir Joshua Reynolds (below), the first president of the Royal Academy, might suggest to some that the UK cultural consensus is a little more closely aligned with Ai Weiwei than with the Chinese political elite, multibillion-dollar nuclear business deals notwithstanding. 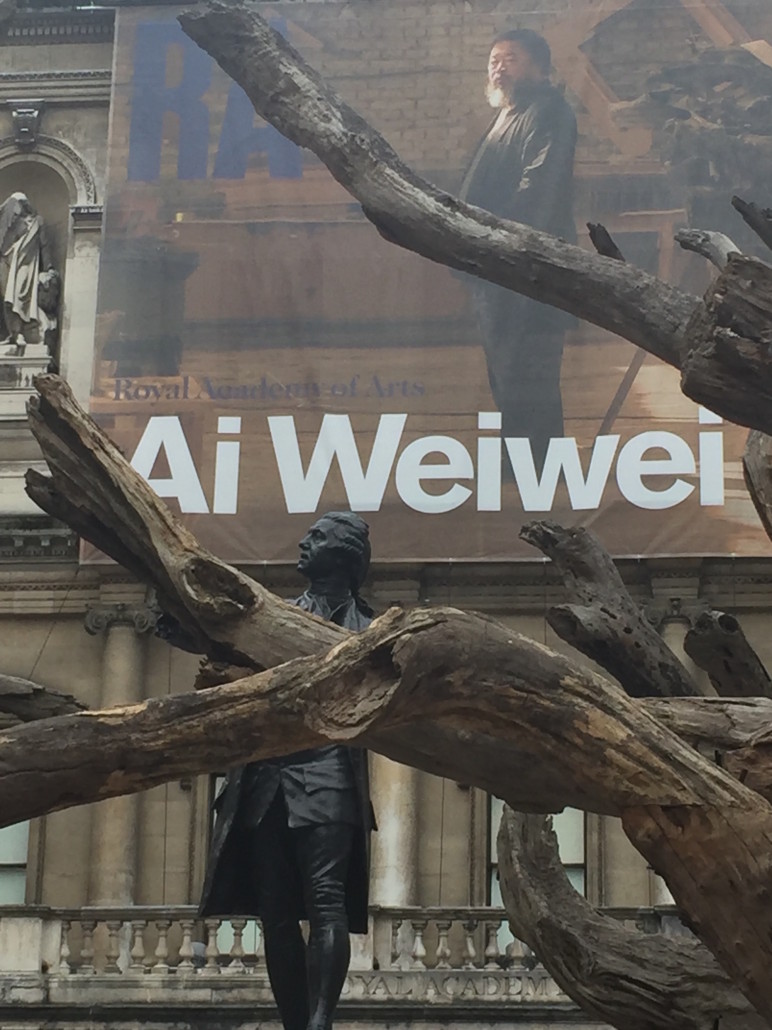 While the Chinese authorities continue to hound Ai Weiwei for what they consider to be his crimes against the state, the global art establishment is wrestling with the implications of what appears to be an exponential growth in art forgery cases and what to do about them. One of the most active voices in this debate is the London-based art dealer and self-styled television art sleuth, Philip Mould, who has just opened a smart new gallery in London’s moneyed Mayfair district. 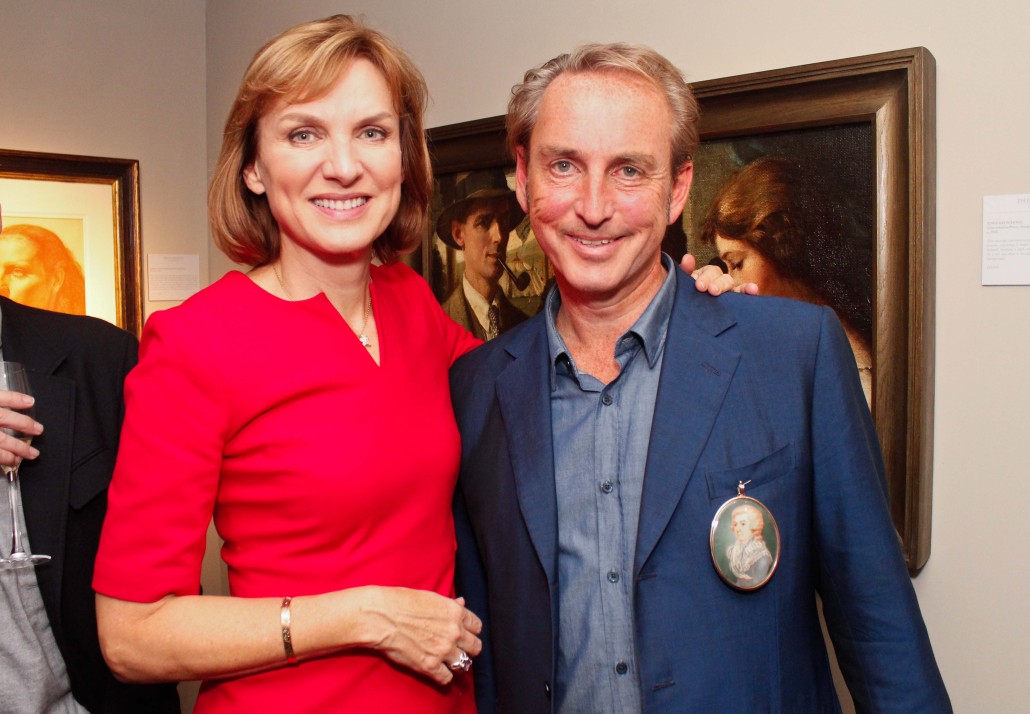 Philip Mould and the BBC’s Fiona Bruce, co-presenters of the popular TV program, ‘Fake or Fortune,’ at the opening party of the smart new Philip Mould gallery in Pall Mall. Image courtesy of Philip Mould & Co.

A recent episode of the program featured a painting purportedly by Chagall but which, it was eventually concluded, was probably fake. The Chagall Foundation subsequently condemned the painting to death by burning, deeming it their privilege to do so as guardians of the “droit moral” or moral right, of the late artist Marc Chagall. Mould has spoken out against such drastic measures, writing in the Daily Telegraph that, “there is something fundamentally demeaning about a system that empowers a group of authenticators with the procrustean right to destroy a work of art they consider does not ‘fit.’” One wonders whether that objection extends to the Wildenstein Foundation in Paris, whose procrustean authentication board also rejected, and thus effectively “condemned,” a Monet landscape owned by British collector David Joel, which featured on an earlier edition of the Fake or Fortune program back in 2011. 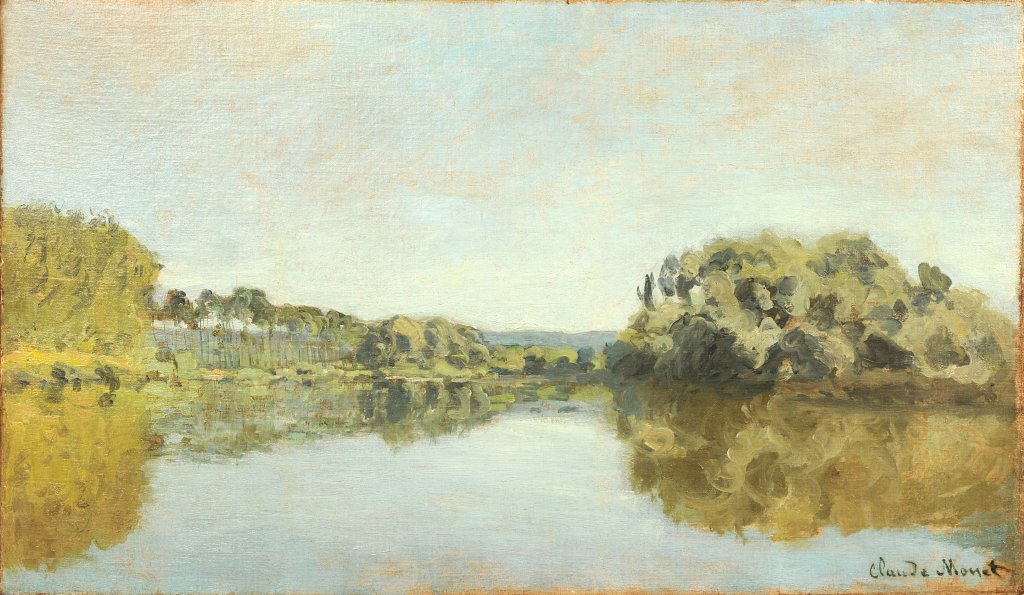 Sometimes works of art are condemned to death not by authentication boards, but by pure accident. This is where insurance companies step in and few are as experienced in this line of work as AXA-Art. Have you ever wondered what happens to those objects that have been damaged in transit, or burnt by fire, or that have had a glass of premier-cru burgundy spilt on them? Once the insurance company has paid compensation, the objects effectively become the property of the insurance company. They can thereafter make for interesting and entertaining educational tools at art fairs, testifying to the risks we all run if we are fortunate enough to own valuable art assets. But these damaged objects can also fulfill another function. AXA-Art identified their potential for charity donations and their most recent Autumn Party and Salvage Auction at the elegant and historic reception rooms of Trinity House in the City of London demonstrated how accidents can occasionally provide an opportunity for an entertaining evening that also benefits a worthy cause. 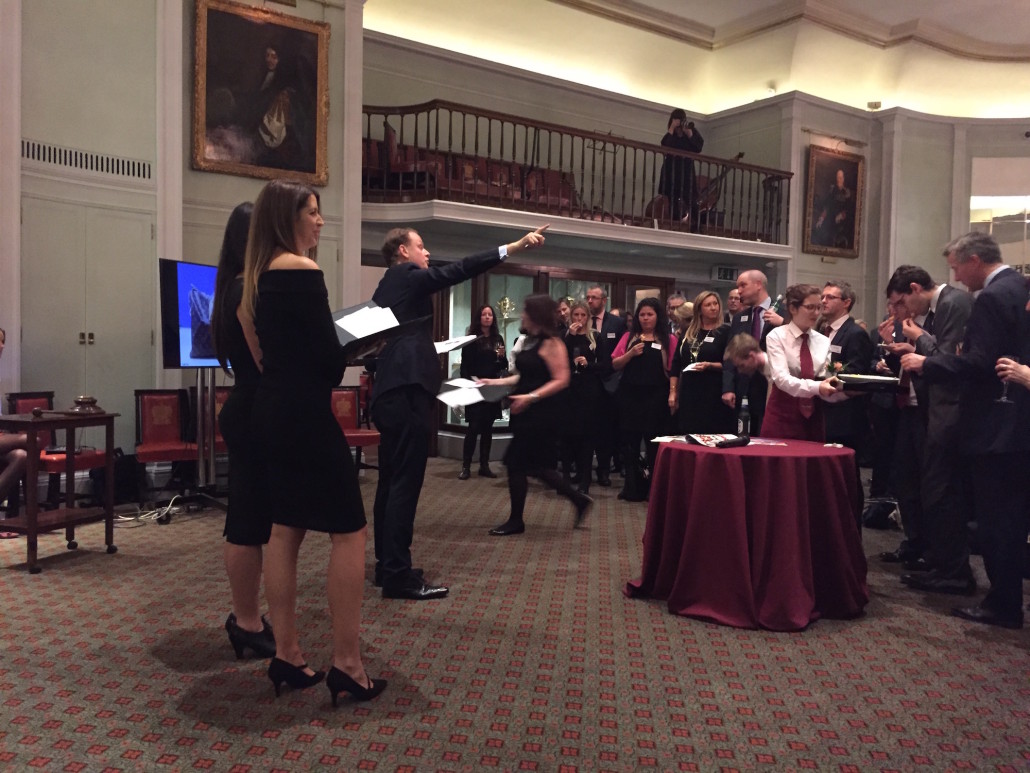 AXA-Art Chief Executive Nick Brett welcomed bidders, urging them to, “Get drunk and enjoy yourselves and get carried away and spend lots of money on those things where we’ve been a little unfortunate.” He reminded those present that all bids would benefit the Great Ormond Street Children’s Hospital. Andrew Davies, AXA-Art London’s resident art historian and senior risk surveyor, then took up the gavel and expertly coaxed bids from the bibulous throng.

By close of play the auction had raised a grand total of £22,763.20 ($35,000), which will go towar the Great Ormond Street Children’s Hospital’s redevelopment program, helping to build a new state-of-the-art-surgery center by 2017. Top price of the evening was £11,000 ($16,975) for a small, almost imperceptibly damaged canvas by a darling of blue-chip contemporary art collectors, Ed Ruscha. AXA-Art paid out $52,000 on the painting 10 years ago. 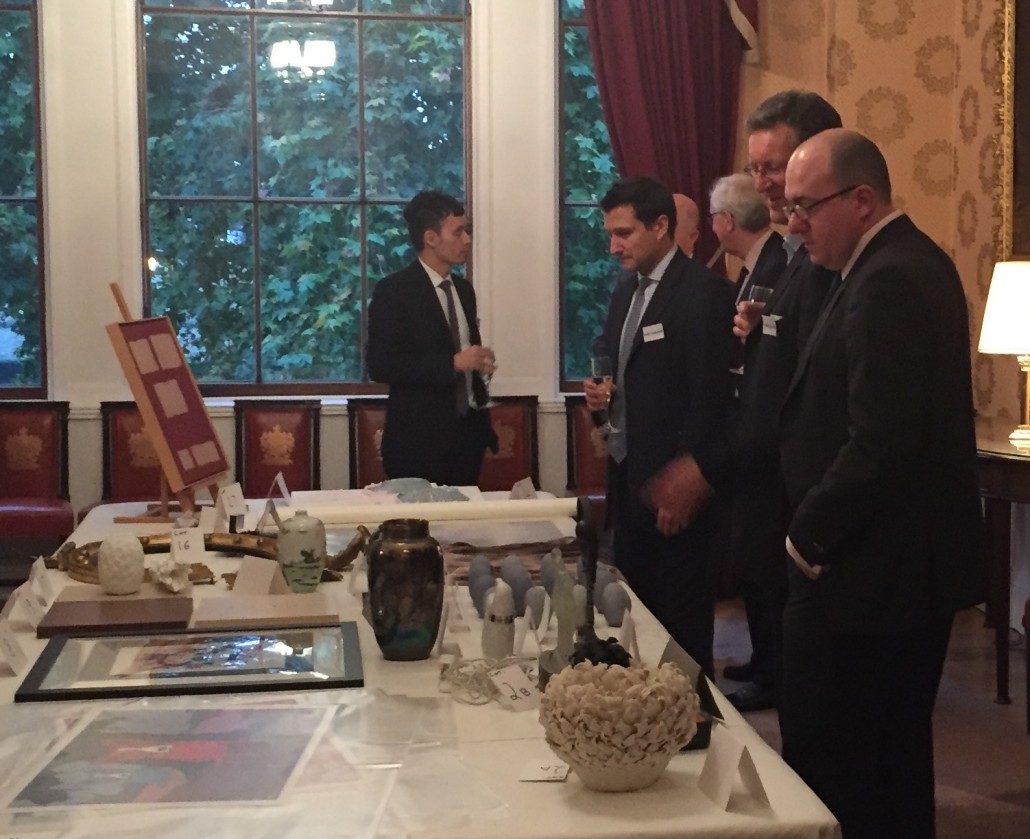 Over in Kings Cross, the Pangolin London sculpture gallery is currently treating guests to a rare opportunity to see the work of two of Britain’s most accomplished postwar sculptors, Lynn Chadwick and Geoffrey Clarke. 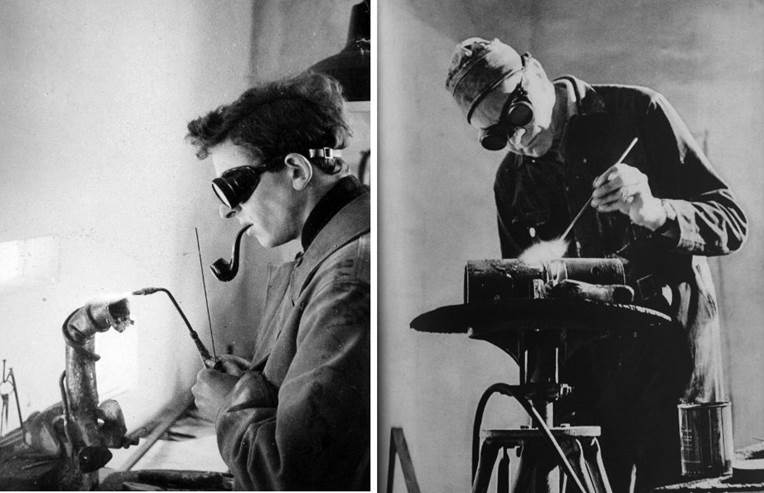 Given the huge amount of fuss generated by the big, brash, blue-chip contemporary sculpture currently dominating high-end auctions and generating the lion’s share of multimillion-dollar emerging market commissions (many of which are fabricated by anonymous craftsmen toiling under confidentiality agreements), it is perhaps not surprising to see so many people appreciating the numinous objects that emerged from Chadwick and Clarke’s studios. 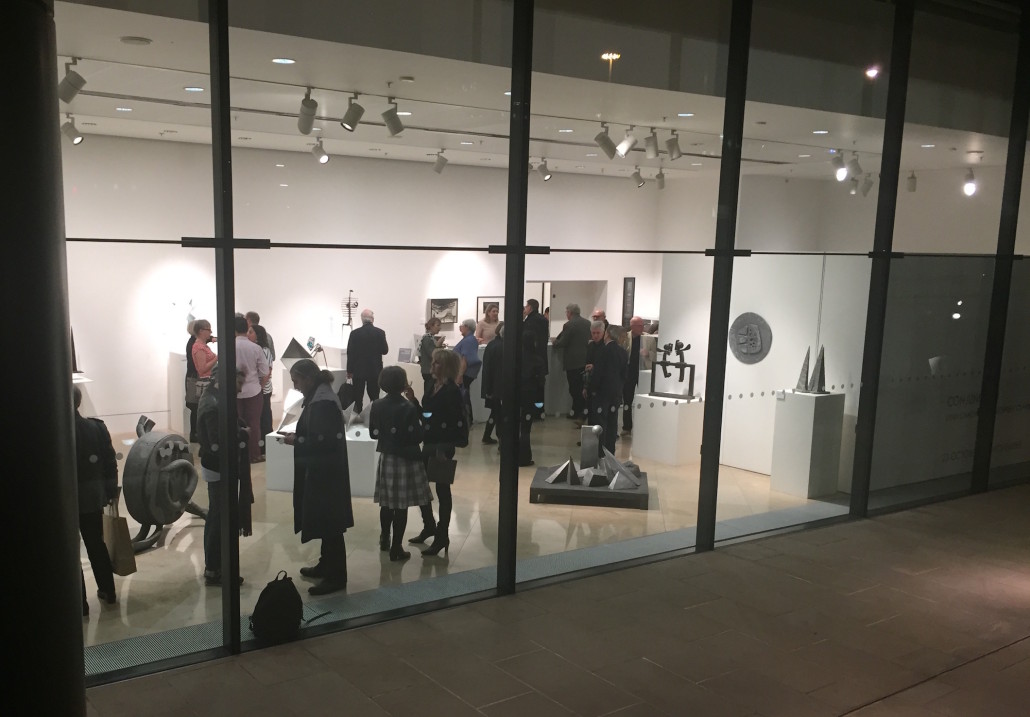 The two men were contemporaries and shared many formal and technical concerns. Above all their work speaks of a tradition of “thinking through making” that is increasingly marginalized within contemporary practice. 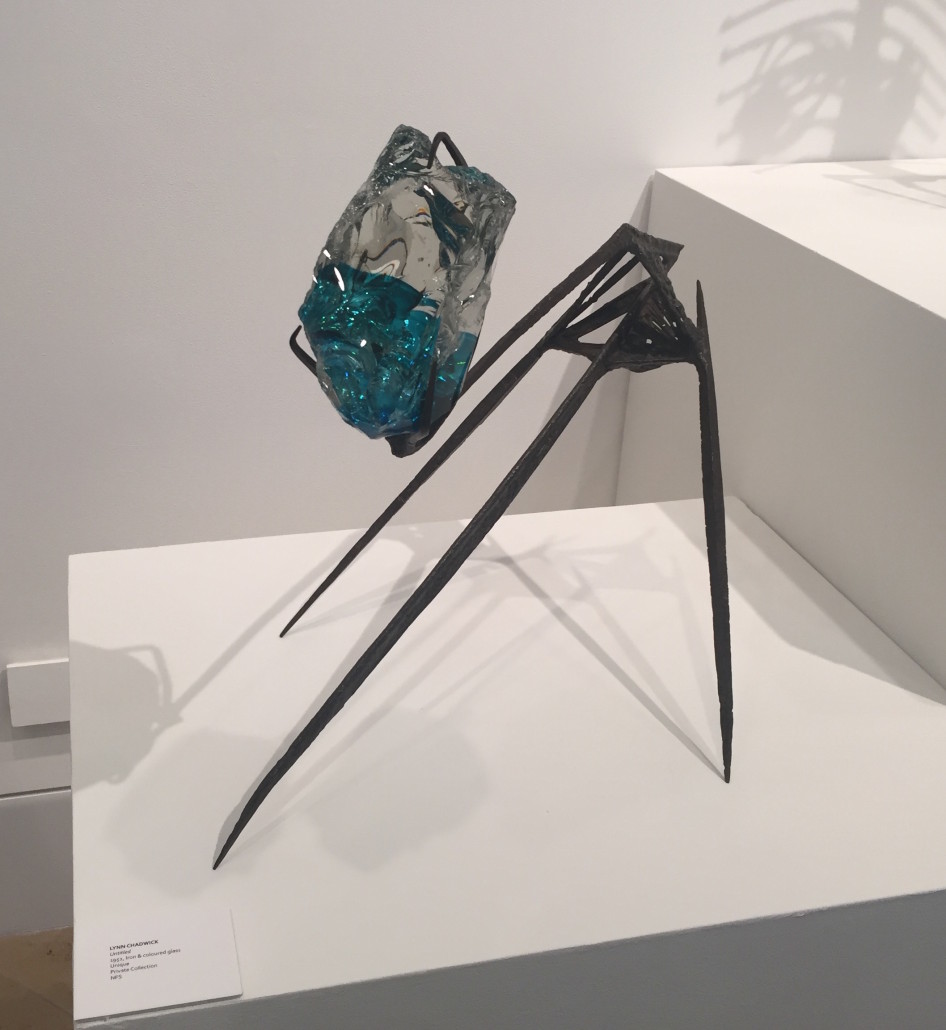 Their shared interests emerge to great effect in a sensitively curated show that is both visually arresting and thought-provoking, with interior and exterior works taking advantage of the gallery’s canal-side location. 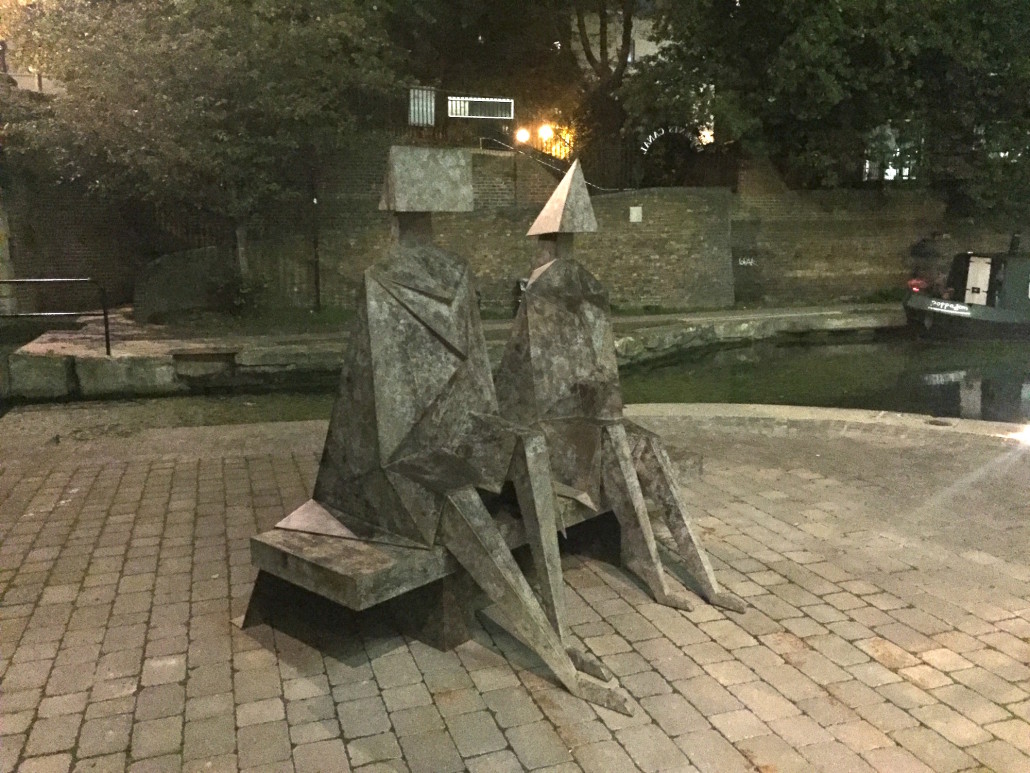 The exhibition continues until Nov. 28.

Finally, looking ahead to 2016, June will see the opening of the ambitious new Tate Modern extension created by award-winning architects Herzog and De Meuron, who were responsible for the original conversion of the Bankside power station into Tate Modern. Currently the building looks like a stack of vertiginously teetering scaffolding. 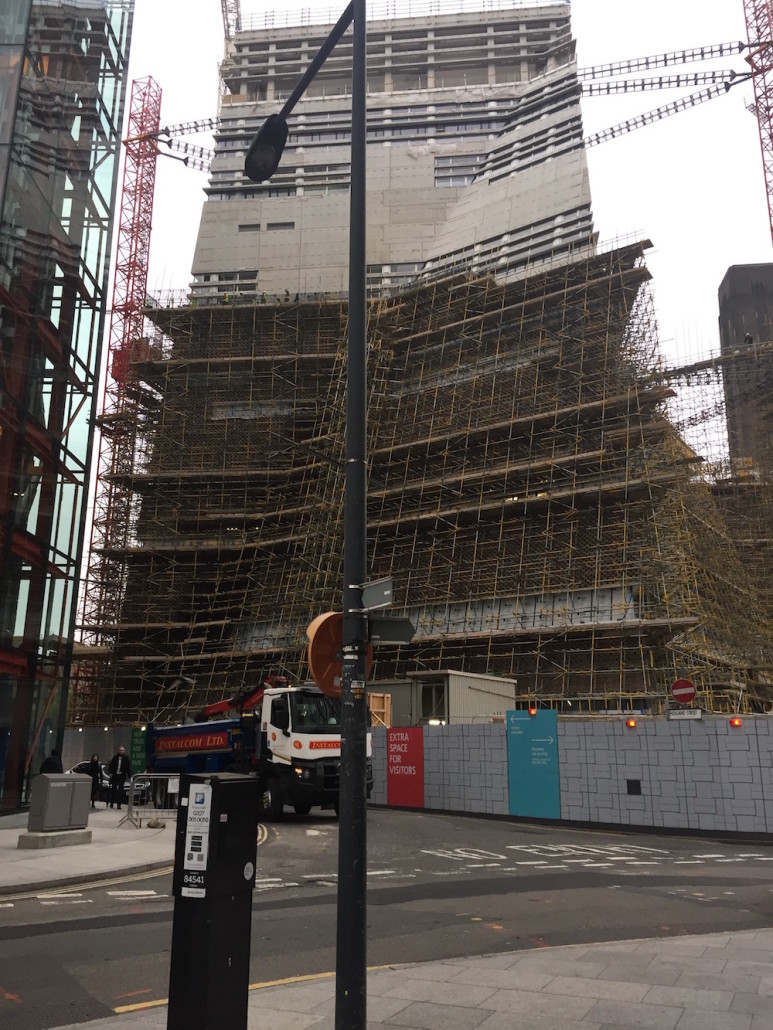 The new £260 million building will comprise a 10-story extension with a dramatically sloping, irregularly faceted exterior, while the interior will provide 60 percent more gallery space. The question now on everyone’s lips is: What will they put inside?