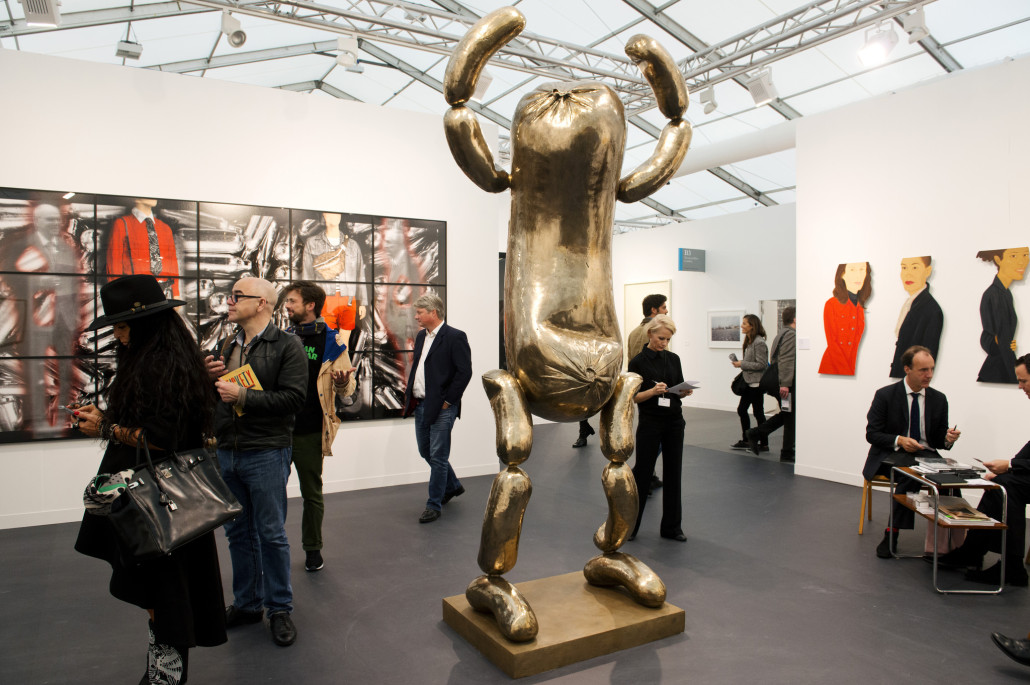 LONDON – It is the end of August and already the nights are getting noticeably shorter in rainy London. The art trade is returning from summer hiatus and preparing for what is arguably the most important event in the London art calendar.

Yes, we are only weeks away from the sprawling Frieze fair at which the world’s most important art dealers, collectors, curators, critics and consultants convene in a tent in Regents Park to engage in Talmudic-style exegesis over what is hottest in contemporary art. 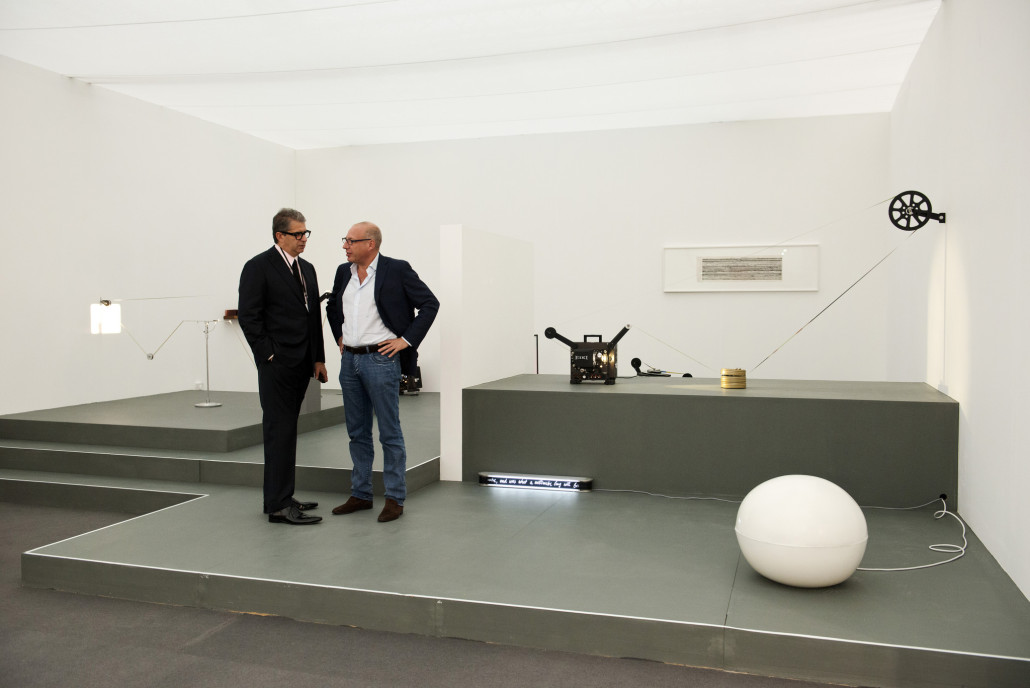 The boundaries of what constitutes contemporary art have become so stretched in recent years that fairs like Frieze are now as much a source of light entertainment as a commercial opportunity in which millions of dollars change hands for the most obscure objects of desire. For this reason, Frieze has done a great deal to promote the public appreciation of contemporary art in London. Indeed people fly in from all over the world, only too happy to fork out what is now a significant amount of money just for the privilege of entering the inner sanctum.

The majority of the pubic may not be rich enough to buy at Frieze, but at least they can ogle what the wealthy spend their money on and be amused at the various live “Project” events taking place throughout the week. This year’s fair is scheduled from Oct. 14 to 17 along with Frieze Masters from Oct. 14 to 18.

Before the Frieze Fair takes off, this coming week has another important event on the art trade calendar. Sept. 3 sees the second annual Art Business Conference organized by Art Market Minds. This year’s event, which takes place at the Church House Conference Centre, Westminster will be discussing a range of topical issues including regulation in the art market, the expanding art-finance loan sector, the problem of money-laundering, the increasing use of Instagram and other mobile technologies in the art world, and professional risk and reputation. The Art Business Conference is becoming what management gurus like to call a “field configuring event,” bringing together high-level professionals for social interaction, information exchange and “collective sense-making.”

“London Eye” will be present at the conference and will report back next month on any ground-breaking sense emerging from the day.

There was a time when almost every major city felt it had only arrived when it had taken possession of a monumental sculpture by Henry Moore, preferably in a prominent public location. This worldwide trend invited some cruel epithets — the “turd in the piazza” being among the most cutting ways to describe Moore’s large public bronzes — but his abstract forms and reclining figures often lent shape and drama to otherwise anonymous environments.

Few contemporary sculptors today are capable of competing with Moore for sheer global reach, although Claes Oldenburg certainly left his mark on the North American urban landscape, and Anish Kapoor has taken large-scale public sculpture into another realm altogether. Here in the UK Antony Gormley has arguably asserted his presence more ubiquitously than any other sculptor, but even his casts of his own body are beginning to suffer from overfamiliarity.

The work of Helaine Blumenfeld, meanwhile, continues to occupy ever more publicly visible locations. Judged on the number of prestigious commissions she has completed in recent years she now surely qualifies as one of the most successful British exponents of large-scale public sculpture in both bronze and marble.

Fresh from a recent exhibition at the Bowman Sculpture gallery in St James’s, where her work was shown alongside that of Henry Moore, American-born Blumenfeld OBE has now won another major public commission for Canary Wharf. Her large-scale bronze work titled Fortuna will take its place at Wood Wharf, one of the capital’s swankiest new residential developments at 10, Park Drive adjacent to the South Dock. 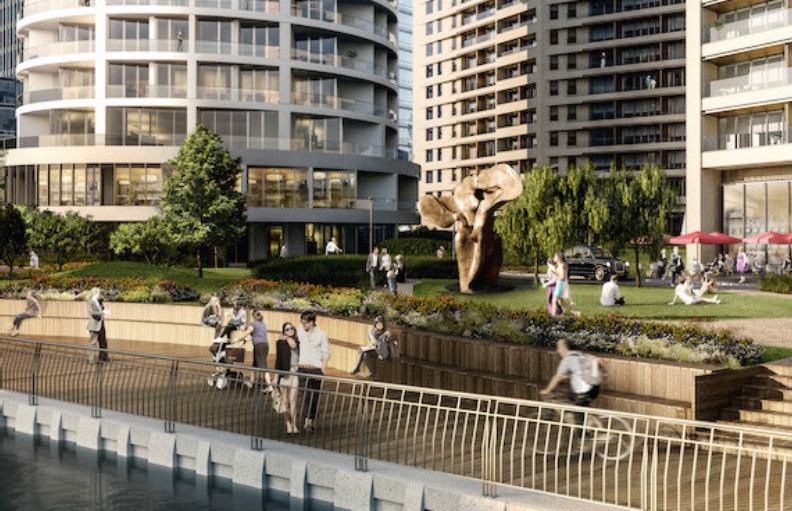 A spokesman for the developers has said, “Canary Wharf has always understood the important role art can play in enhancing the quality of the public realm. We are absolutely delighted that Helaine is creating Fortuna, especially for this site.” Blumenfeld herself told Auction Central News, “This is one of the most exciting commissions any sculptor could wish for. I’m proud to be making this work for such a wonderful location.”

Moving away from the capital for a moment, this month sees the opening of an interesting exhibition at the Sainsbury Center for the Visual Arts at the University of East Anglia in Norwich, Norfolk. “Magnificent Obsessions: The Artist as Collector” looks at prominent artists who are, or have also been, collectors. 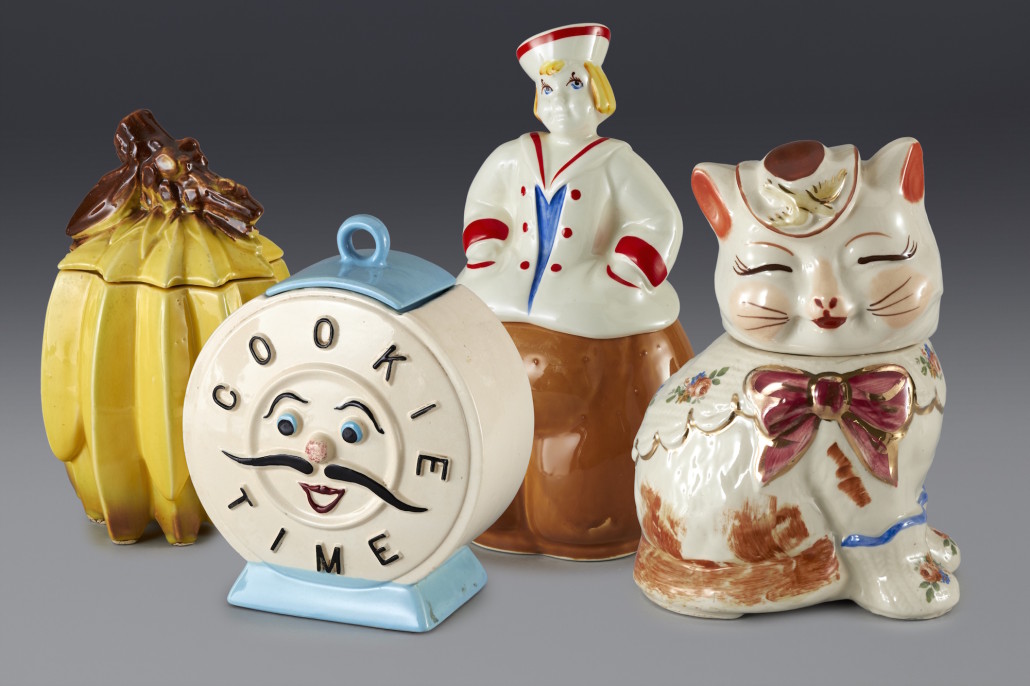 A selection of cookie jars collected by Andy Warhol, to be included in the exhibition ‘Magnificent Obsessions: The Artist as Collector’ at the Sainsbury Centre at the University of East Anglia from Sept. 12 to Jan 24. Image courtesy Movado Group.

It is now common knowledge that Damien Hirst has done what many artists do once they have achieved a certain level of success: They begin to collect the work of other artists. Hirst, who is considered to be wealthier than any artist in history, is soon to open his own museum in London to house the significant collection he has assembled of work not only by his contemporaries but historical works as well.

The exhibition at UEA also features objects from the collections of Andy Warhol, Arman, Peter Blake, Howard Hodgkin, Sol LeWitt, Martin Parr, Hiroshi Sugimoto and Pae White. Items from the famous netsuke collection inherited by British potter Edmund de Waal, which inspired his acclaimed memoire The Hare with Amber Eyes, are also included. Much of Hirst’s work betrays an obvious interest in the idea of collecting and references the Cabinets of Curiosities assembled by European princes. This may give visitors to the exhibition a fresh insight into some of Hirst’s more familiar works. 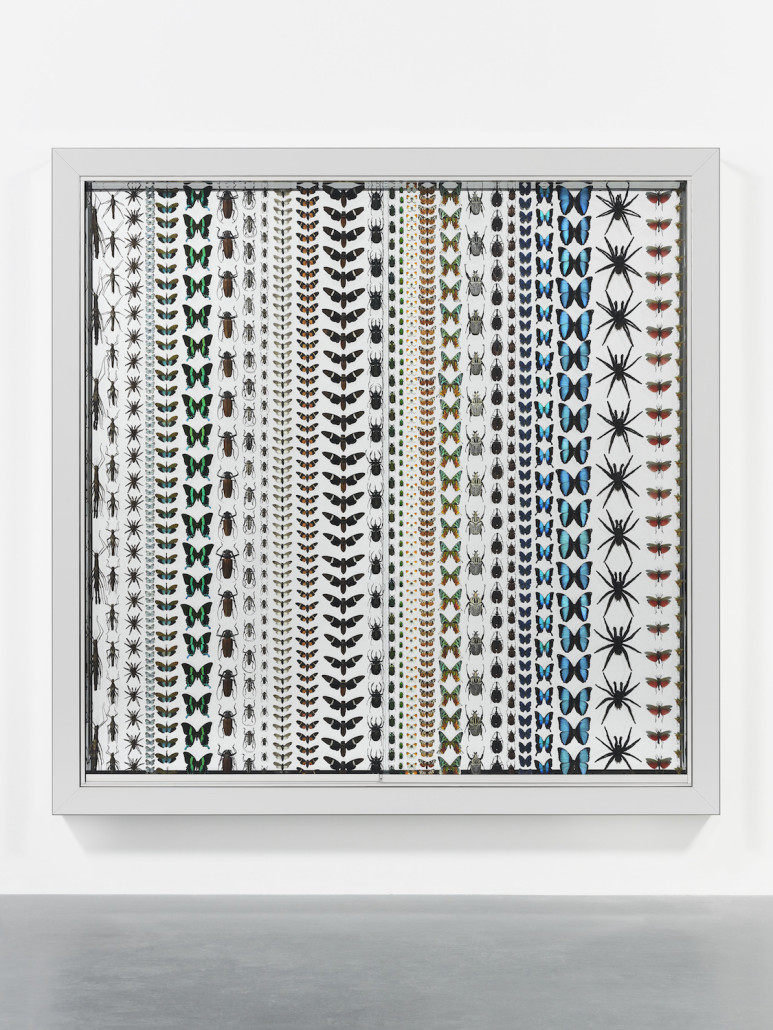 Before Frieze takes over the capital there are a number of other notable events on the contemporary art calendar set for the coming weeks, including the annual START Art Fair devoted to emerging artists and taking place at the Saatchi Gallery from Sept. 10 to 13. Among those participating in the curated solo section titled “This is Tomorrow,” organized by Loewe Contemporary Art, is Liane Lang, who has been carving out a reputation as one of the country’s most innovative and versatile contemporary artists. 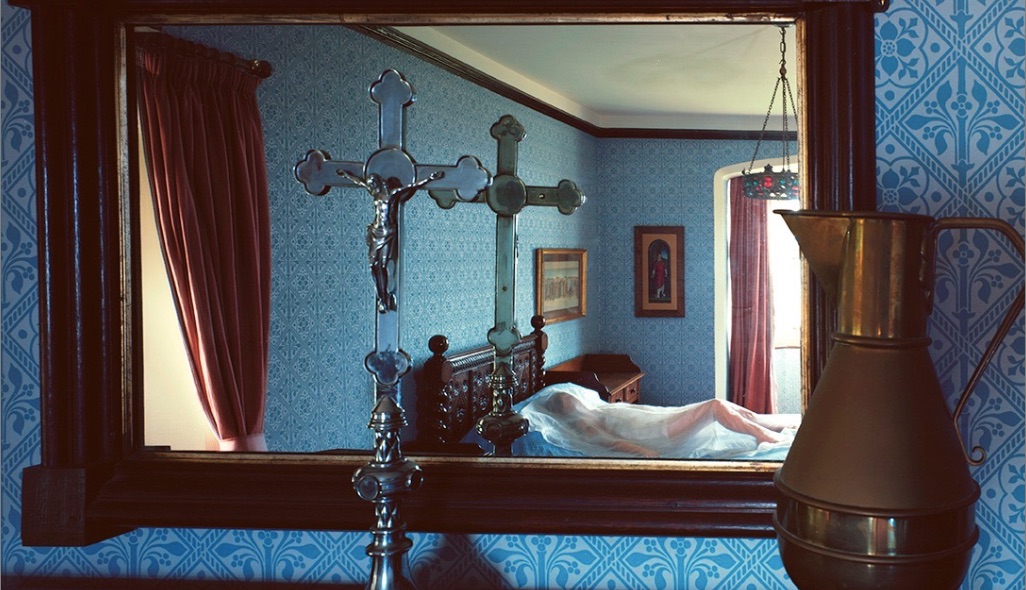 Lang’s work combines photography with sculpture and installations in often startling ways. Her exhibition at START includes a series of new photographs based on the stories of the saints and martyrs. It features Lang’s signature studio-made mannequins posed in a range of tableaux in buildings designed by Victorian Gothic Revival architect and designer Augustus Welby Pugin. 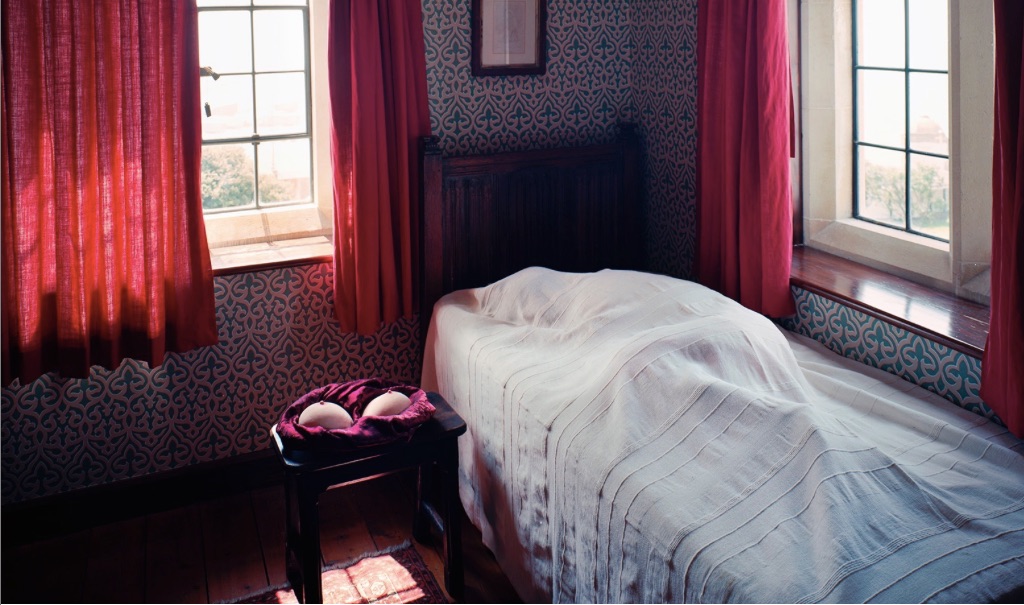 Two other London exhibitions are likely to enjoy boosted turnstiles during the upcoming Frieze season. The British Museum continues to come under heavy fire for its retention of the Parthenon Marbles, but it is still staging compelling temporary exhibitions including the forthcoming show titled “Drawing in Silver and Gold: Leonardo to Jasper Johns,” devoted to the little-appreciated technical process of metalpoint.

Johns’s contribution to the show will be familiar to those who saw his recent exhibition at the Courtauld Gallery, but at the British Museum his work can be seen juxtaposed against masterpieces by the likes of Leonardo and Raphael. 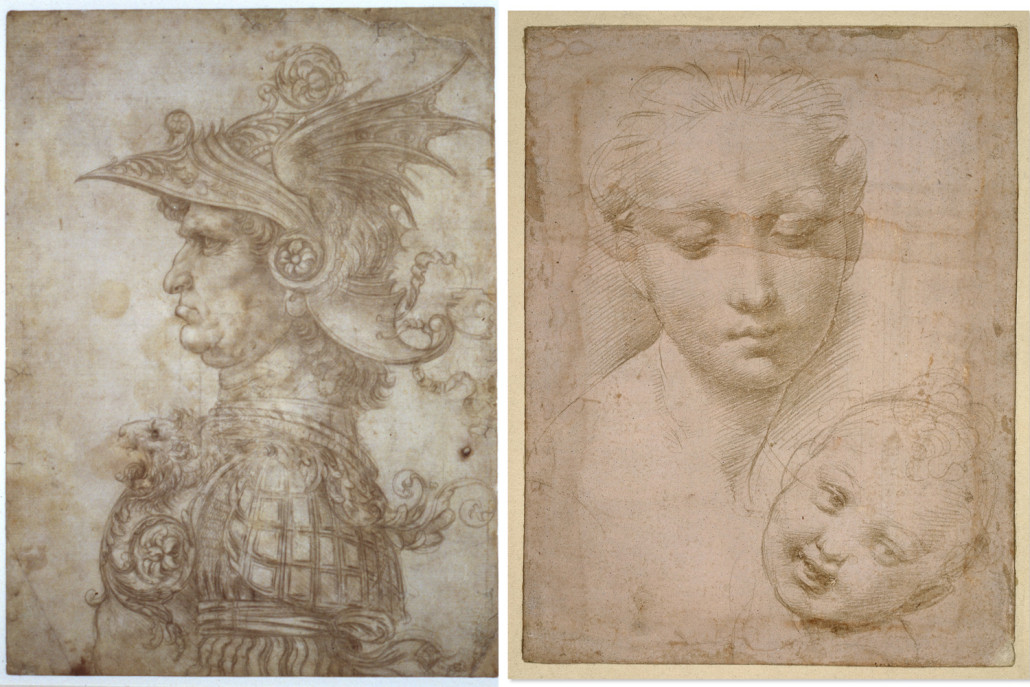 Raphael’s ‘Heads of the Virgin and Child,’ 1508-10, done in silverpoint (left) and Leonardo da Vinci’s bust of a warrior, silverpoint on prepared paper, 1475–1480. Both are included in the British Museum’s exhibition ‘Drawing in Silver and Gold: Leonardo to Jasper Johns.’ Images courtesy British Museum.

Finally, London-based Modern British dealer Offer Waterman is staging an exhibition this month of early drawings by the perennially popular David Hockney. Many would argue that Hockney never improved upon his early drawings so this is a delightful opportunity to see the artist at his youthful best. 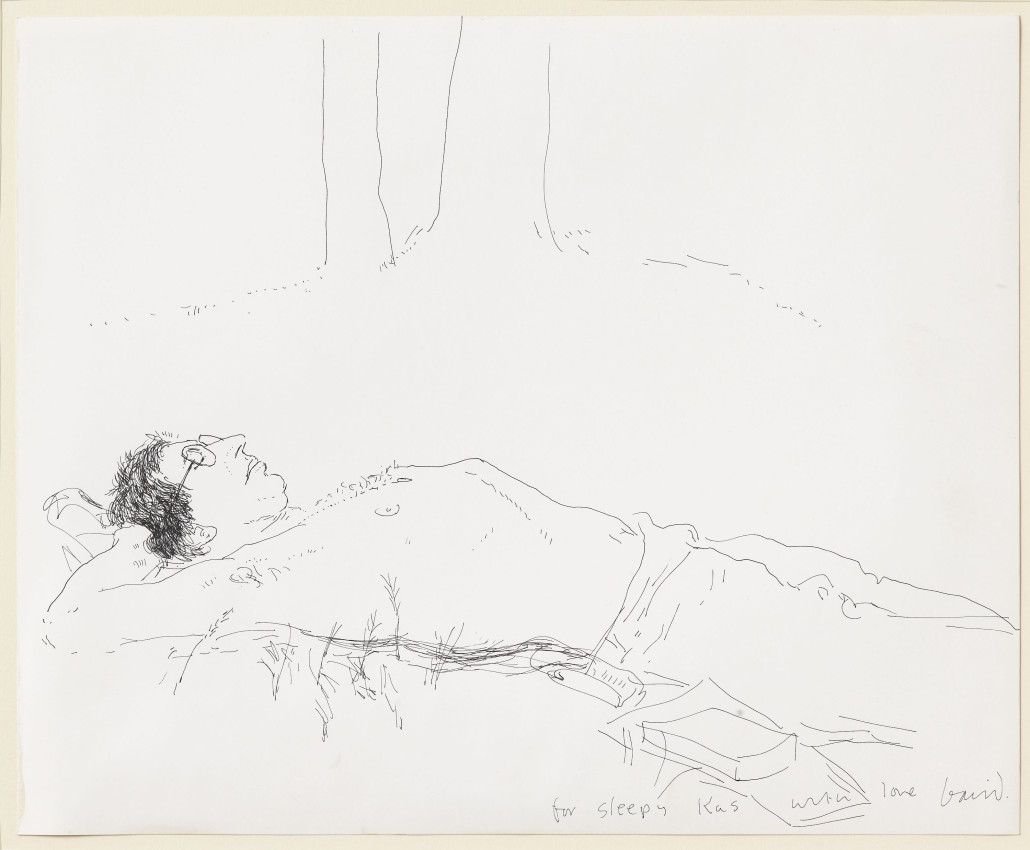 ‘For Sleepy Kas,’ 1967: David Hockney’s ink on paper drawing of his friend, art dealer John Kasmin, to be included in an exhibition of the artist’s early drawings at the London gallery of Offer Waterman from Sept. 25 to Oct. 23. © David Hockney. Image courtesy Offer Waterman.

Hockney’s pencil and pen drawings of his friends and lovers are clearly indebted to earlier masters, Ingres and Picasso most notably. Executed with an affecting intimacy, the early drawings testify to Hockney’s extraordinary powers of observation, setting a standard that much of his subsequent work struggled to maintain. 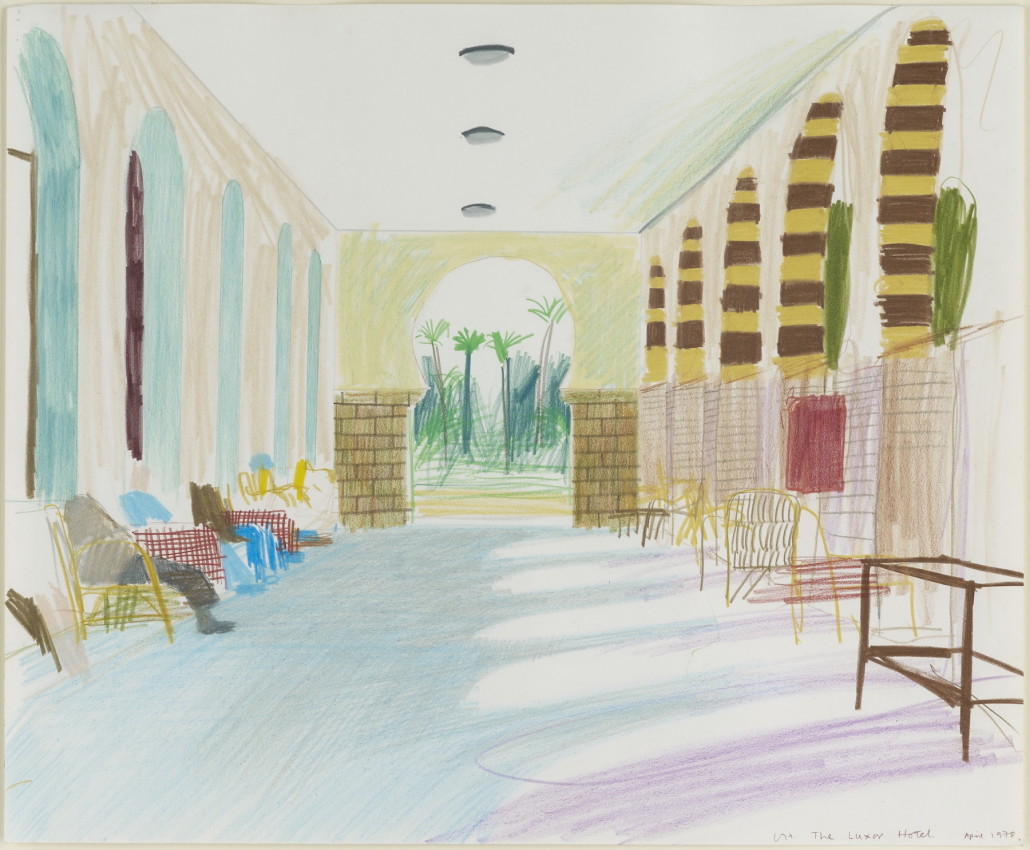 The early drawings are at Offer Waterman’s George Street gallery from Sept. 25 to Oct. 23