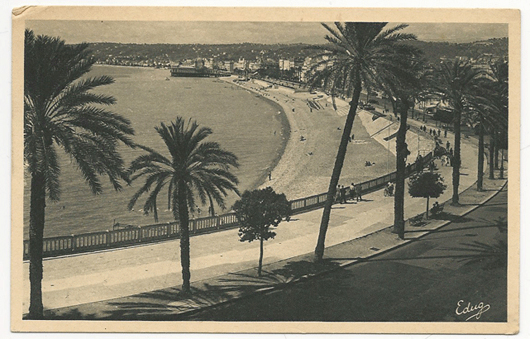 IOLA, Wis. – Traveler’s Digest ranks France as the most visited country not only in Europe, but the world. Renown for fashion, cuisine and an air of romance, the 2014 statistics estimate France has 81.4 million foreign visitors each year. To give an idea of just how fantastic that tourism statistic is, the 2013 census statistics show the United Kingdom has a resident population of 64.1 million, while France herself is home to 66.03 million people – 15 million fewer than the tourists. That’s a plethora of tourists.

France has a turbulent and rich history. The exquisite architecture and views captured on postcards provide evidence of their attraction for tourists. The Palace of Fontainebleau dates to the 12th century A.D. Originally used as a royal hunting lodge, the palace was modified from the 16th century on, with kings and queens, emperors and empresses redesigning and embellishing as they saw fit. The view on the “Fontainebleau. – La Palais – L’Etang aux Carpes. – LL” (Fontainebleau – The Palace – Pond with Carp) shows only part of the exterior; with more than 1,500 rooms, an aerial view is needed to see the entire expanse of the exterior simultaneously. You can see the sprawling enormity of the structure using the satellite imagery in Google Earth. (By the way, there are many common, inexpensive cards that show the extravagant room interiors and features of Fontainebleau, which will be covered in a future column.)

The “Chateau d’Azay-le-Rideau / Vue prise au Nord-Est” (View Captured in the North East) shows a slightly off-centered view of the French Renaissance chateau, which was built on the site of a ruined medieval castle between 1518 and 1527. The castle sits on an island in the middle of the Indre River (a tributary of the Loire River).

One of my favorite French postcards, the image of “Ancien Paris. – La Bastille, vers 1780. – ND Phot.” is on heavier card stock with deckled edges. It feels substantial, like the image it holds. The rendering adeptly portrays the intimidating prison. Destroyed in July 1789, during the French Revolution, all we have to feed our imaginations of this justifiably maligned structure are literature and centuries-old depictions. There are plenty of Bastille images because, being a pivotal event in the French Revolution, the destruction of the prison was a popular subject for artists.

At first glance, the Parc Monceau postcard is a bit of an enigma. What are Roman ruins doing in Paris? Actually, the Parc Monceau originated as a 20-plus acre public park in Paris and was completed in 1779. The garden’s designer, Louis Carrogis Carmontelle, sought to incorporate into one garden “all times and all places.” In addition to the colonnade folly (a folly is a scaled down architectural feature) shown on this postcard, Carmontelle also included an Egyptian pyramid, a Dutch windmill and antique statues, among other whimsical features in the park. Today, the park itself is scaled down and holds several private residences.

The “Grasse, Cite de Parfums – Vue sur les Usines” (Grasse, Perfume City – View with Factories) card is unique in this selection of French postcards in that it’s a view of factories, rather than historical architecture. The city of Grasse, on the French Riviera, is considered the world’s capital of perfume. Indeed, the city’s perfume industry far outweighs its tourism trade.

The view of Bordeaux – labeled “Bordeaux. – Cours de l’Intendance” – is a wonderful street view with both early automobiles and horse-drawn vehicles, as well as people in early 20th century period clothing bustling along the sidewalks and crossing the streets. Right down to the ornate iron gaslight street lamps, this is exactly the type of scene I picture in my mind when I think of “Old Paris.”

I saved my favorite card for last: The card with palm trees is a view of Angel Bay in the city of Nice, on the French Riviera. I like this card for a number of reasons: It has palm trees. It’s currently January, and I’m in Wisconsin. I really like palm trees and am dreaming of the tropics. It’s also postally used from a Staff Sergeant stationed out of New York City; the postmark is August 23, 1945. I can only imagine the atmosphere in Europe just a few months after VE Day. And his message: “Hello Evy – Am out here on a furlo,[sic] and am having a good time. This place is sure something to see. Will write later. Eddie.” I’m certain the French Riviera is “something to see.” Maybe someday.

In the simple task of flipping through a few picture postcards, and doing a bit of research, I’ve imagining myself traveling not only across the world but through time, as well. What wonderful, low-tech entertainment and education postcards provide! And, on that note, I’ll take my cue from Staff Sergeant Eddie and sign off with a flourish and a promise: Will write later.

Note: Please pardon any egregious errors in translation; it’s been a long time since I took my last French class.

Karen Knapstein is Print Editor for Antique Trader. A lifelong collector and student of antiques, she lives in Wisconsin with her husband, Joe, and daughter, Faye. She can be reached at karen.knapstein@fwmedia.com. 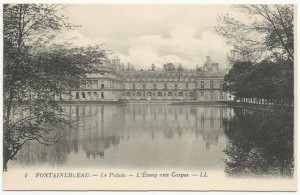 The Palace of Fontainebleau was continually inhabited by royalty for seven centuries. 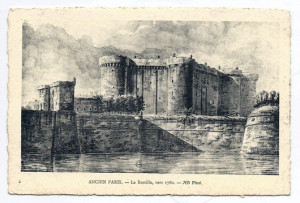 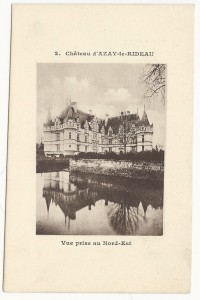 Positioned on an island in the Indre River, the Chateau d’Azay le Rideau, built in the 16th century, is a popular tourist site in the Loire Valley. 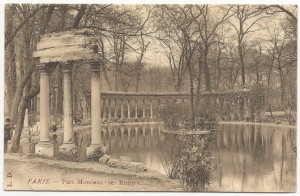 Parc Monceau was designed with an effort to capture all times and places. One of its follies included this scaled-down Roman colonnade. 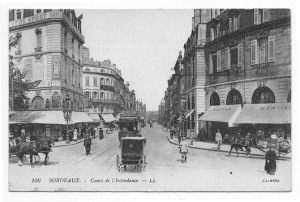