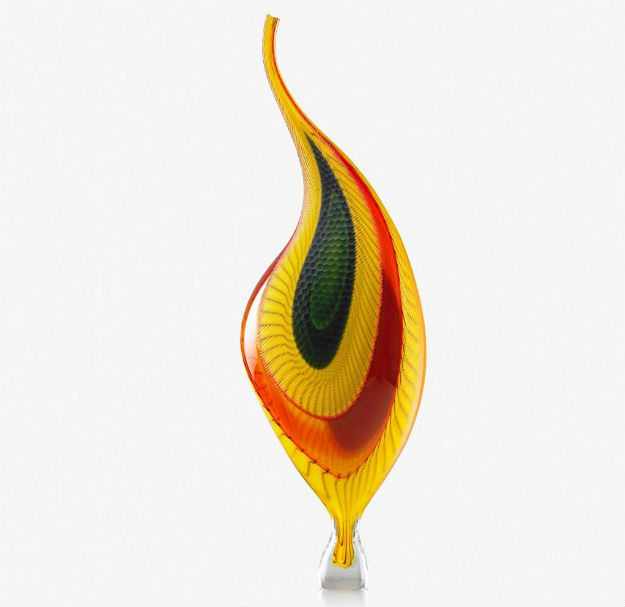 What you see: A Lino Tagliapietra Dinosaur, a glass sculpture created at Murano, Italy in 2008. Rago estimates it will sell for $10,000 to $15,000 at its Contemporary Glass Featuring Dan Dailey: From the Barbara Tarleton Collection, a sale taking place Sunday, Sept. 22, with absentee and live online bidding through LiveAuctioneers.

How prolific is Lino Tagliapietra? Is he still working? He was born in 1934 and just turned 85. He is still working and regularly coming up with new techniques and series. He gives hope to all of us.

When did his “Dinosaur” series start? It started in 1997.

Why are these pieces called Dinosaurs? It has something to do with creatures of the Murano lagoon surrounding him, and the struggle between the heaviness and difficulty of handling glass in a large piece, while it is, at the same time, such a delicate material. Lino can be very creative with how he brands his piece – look up “Batman.”

How well-regarded is the Dinosaur series among his works? Is it among the most sought-after? Lino has done a great many series and continues to invent new ones regularly. Some works also don’t have specific names. I’m sure some collectors like the swooping grace of dinosaurs best of everything. Personally, I’m a coldwork lover. [Coldwork describes techniques performed on glass at room temperature.] My favorite piece we’ve ever offered was this one, because of all the different patterns offered on it.

What defines this piece as “small”? How big do his Dinosaurs tend to get? Well over 40 inches. At 21 inches tall, this is the tiniest I’ve seen. 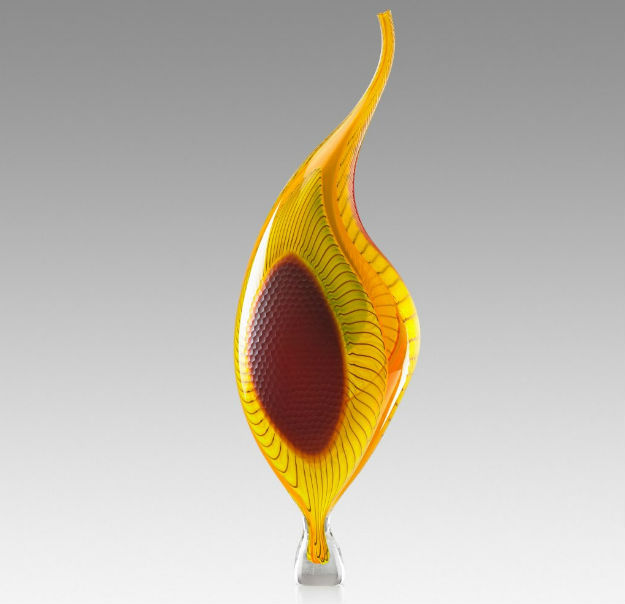 What qualities make this an “exceptional small Dinosaur,” per the lot notes? It has a lovely, manageable scale. Its surface is also cold-worked in battuto and inciso, which they aren’t always. These are both carving patterns on glass, battuto being shorter and squatter, like a hammer mark on metal. Inciso refers to narrower marks, more reminiscent of wood grain. They add a dimension to the piece which collectors really appreciate. The way the colored elements are assembled is referred to as incalmo. It’s a difficult technique, and one that Lino and his crew have mastered like few others. All that together makes this Dinosaur an exceptional piece.

What details or characteristics mark it as a Lino Tagliapietra Dinosaur? The bulbous base, the elongated, twisted neck and the impossibly small foot. While he has other bulbous shapes – something he might well have picked up from Archimede Seguso, his mentor – the Dinosaur’s shape is full of motion.

Are its colors typical or atypical for a Lino Tagliapietra Dinosaur? Dinosaurs come in a very wide variety of colors and patterns. This is a difficult question to answer as there is not a specific color palette in this series.

How many people does Lino Tagliapietra work with to produce a Dinosaur? What is the production process like? I’ve seen him make a Dinosaur in a demonstration, and he probably had at least three or four people around him. It was a pretty big space, so there might have been more spread around. You can see him blow something like that on YouTube videos. That’s just for the blowing part. The coldwork is done later by a company in Murano, I believe. For the most complicated shapes, he can be surrounded by as many as a dozen assistants. He’s also terribly popular, so I’m thinking there’s a line around the block for the opportunity to assist the maestro. 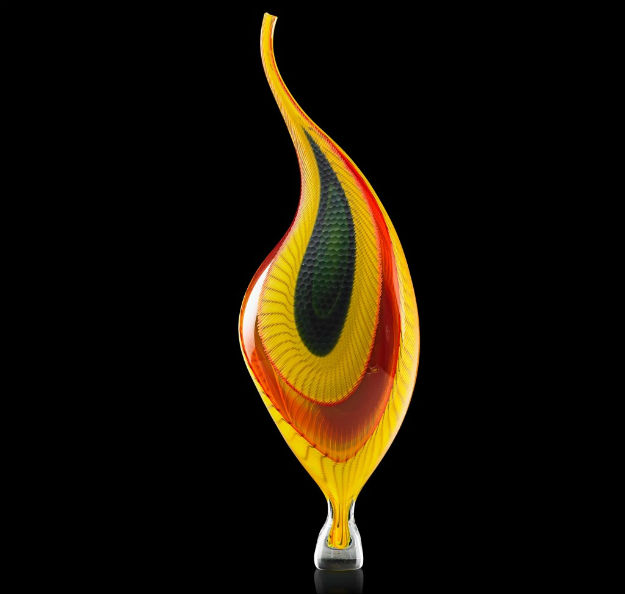 The lot notes say the Lino Tagliapietra Dinosaur has an etched signature and date. Is that typical? Yes. Lino signs pretty much everything he makes.

The Dinosaur form looks kind of … precarious. What stops Lino Tagliapietra Dinosaurs from tipping over and breaking? They’re well-balanced. They’re not as tippy as they appear, and they’re fairly heavy.

How often do Lino Tagliapietra Dinosaurs come to auction? No more than a few a year at auction, like two or three lately, world-wide.

What is it like in person? Are there aspects that the camera doesn’t quite pick up? At the risk of sounding obvious, it’s really small. It feels like a little dancer en pointe, which is heightened by the tiny, clear foot. It also looks like a flame. The experience of seeing this particular work is completely different from being confronted with a bold, large piece of glass.

Why will this piece stick in your memory? Pretty much every unique piece of Lino sticks in my memory. I don’t know when I will see another Dinosaur of this size. It packs a lot of punch. 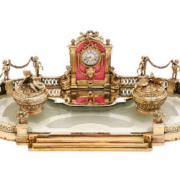 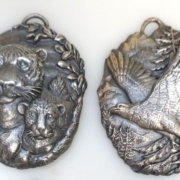 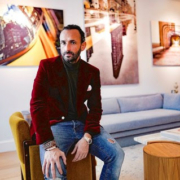 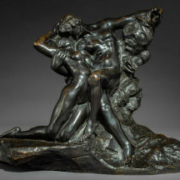 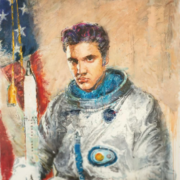 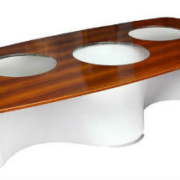 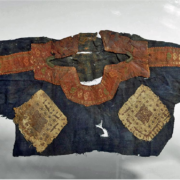