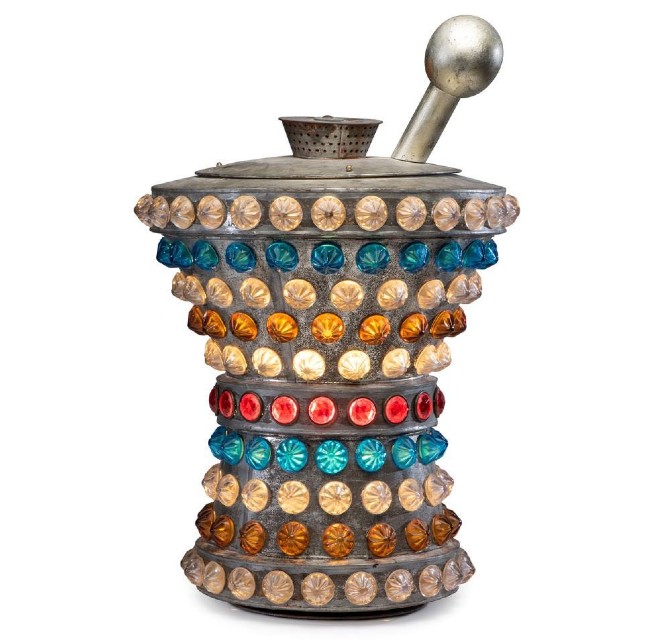 The apothecary trade sign glowing with its light turned on. Image courtesy of Cowan’s

What you see: A lighted apothecary trade sign, covered with colored pieces of glass and dating to the 1920s. Cowan’s Auctions estimates it at $1,000 to $2,000.

The expert: Ben Fisher, director of Americana for Hindman. [Hindman and Cowan’s merged in 2019.]

What, if anything, do we know about who might have commissioned this apothecary trade sign? I would say maybe it was commissioned from a specific shop. I believe it’s late 19th century in inception. There are ads from the late 19th century from Travis, McLewee & Ferry in New York, and this sign looks almost identical to the trade signs made by that company, which specialized in artistic gas fixtures.

Where does the circa 1920s date for this apothecary trade sign come from? It’s based on an invoice provided by the consigner.

Does the appearance of the sign point to a 1920s date? Admittedly, the electrification of the sign is confusing. I’m 99 percent certain it was fitted for gas [originally].

I see that the apothecary trade sign is meant to look like a mortar and pestle, but what is that cone-shaped metal thing full of holes sticking out of the top? What does that do? It’s almost an exhaust or a chimney, a manner of expelling the smoke that the gas flame would have emitted. It’s really built into the cover. It’d be difficult to remove without replacing or altering the cover.

It started out as a gas fixture and at some point, the sign was converted to electricity? I’m not sure what the original gas element looked like. I think it would have been easy to convert it to electricity in the 20th century and in any period since then. My assumption is [the conversion took place in] the last quarter of the 20th century.

So it morphed over time. It was updated so it could continue to be used for its purpose. How many people do you know who have a gas line running through their kitchen? The sign had to be changed in order to be used. It’s a cool thing. Not a lot of these illuminated apothecary signs exist.

How does the apothecary trade sign work? Do all the lights go on at once, and off at once, or do they light up as individual, graduated bands? It has a single lighting element, one bulb. You turn it on and all the beads [the glass elements] light up. Some light up more than others, but you turn it on, and every bead is illuminated. 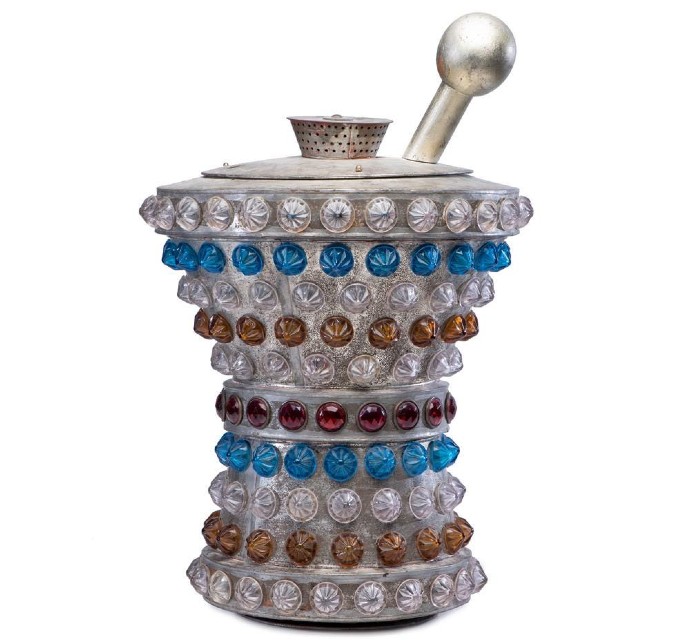 One hundred-ninety-five glass jewels adorn the apothecary trade sign, which is unlighted in this photo. Cowan’s Auction image

How many glass pieces, or beads, are there on this apothecary trade sign? It has 195. They are glass, but they’re all secure. Some have tiny chips on the edges of their interiors, but there are very few of them.

What can we tell, just by looking, about how hard the apothecary trade sign would have been to make? I’d say the most difficult part of the process was creating the glass inserts. They either molded these beads out of glass, or made the shape of the bead and hand-cut it to facet it. As for the metal, I don’t think it was very hard for a competent metalworker to fashion.

Does it have a patina or pattern of wear that hints that it spent some or all of its life outside, or was it displayed indoors? It probably lived part of its life outside. When Paul [Paul Bentley, the consigner] acquired it, it had certainly been restored and cleaned up, but there’s oxidation that suggests exposure to the elements. I’m fairly certain that at some point, it lived outside, but definitely not all its life.

I think I see glass beads in white, blue, amber yellow, and red. Did I get all the colors, or did I miss any? You got them all. The late 19th century business card indicated that the gas fixtures company was able to make glass of ruby, crystal [white], and emerald color.

Ah, this apothecary trade sign doesn’t have any emerald beads. That’s disappointing to me, in that I think emerald is a more interesting color. But red, white, yellow, and blue aren’t bad either.

The provenance information on the lot page says “American Garage, Los Angeles, California.” What does that mean? American Garage is an antique shop in Los Angeles. It’s temporarily closed [due to COVID-19 restrictions]. The consigner bought the sign there in 2010.

Has the apothecary trade sign been rewired for LEDs (light-emitting diodes)? It just has one central lighting element in the center. You can use any household light bulb to attach to it. It has a very simple solution.

What is the apothecary trade sign like in person? What aspects elude the camera? The scale of this is really something to be desired. It’s 29 inches tall – a large and very charming thing. I don’t know if you get that if you don’t see it in person.

Is 29 inches kind of petite for a trade sign meant for outdoor display? Other examples of these signs can be as small as 20 inches.

How many other examples are you aware of? More than a dozen? There are very few others. Certainly less than 20.

What’s your favorite detail of the apothecary trade sign? The thing I like most about it is the colored dots of light it leaves on the wall when it’s illuminated. There’s something very whimsical about it. Put it on a shelf in the corner and multiple walls will show polka dots on them.

Like a disco ball? Sort of. It’s funny – if you put it on a rotating platform, there would be a disco light aspect to it. I would love to see it lit with a flame to see how light reacts to it. Imagine being on a street and passing under it as colored lights dance on the ground.

Did the makers of the apothecary trade sign know it would cast little dots of multicolored light when it was illuminated, or was the effect a happy accident? I would love to think they had the forethought, but it might be how it turned out. 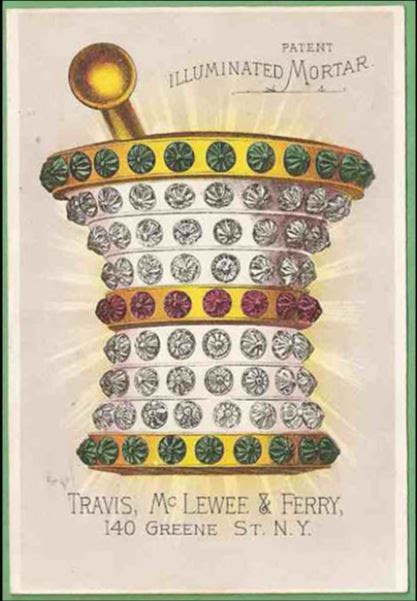 The ‘Illuminated Mortar’ is pictured on the manufacturer’s trade card. Cowan’s Auction image

What condition is the apothecary trade sign in? It’s in good condition. It operates, it functions. Given the changes to how it functions, some might be concerned, but electricity might be the only way to preserve what its purpose is. Also, it’s been cleaned. There’s no verdigris and the very little oxidation that exists suggests that it’s been outside.

Would the sign be worthless if it didn’t light up? It’s certainly a sculptural, wonderful thing to look at. If it didn’t function, fewer people would bid on it. Even if it was sold unelectrified, someone who is capable could convert it to electricity.

About that – as of February 25, 2021, the day we’re speaking, the apothecary trade sign has 62 watchers and has drawn four bids, the largest of which is $850. Is that meaningful at all? I tend to follow the numbers on LiveAuctioneers, and how many watchers and bids there are before a sale. Usually, it’s a good indicator of how it will perform.

Have any identical or similar apothecary trade signs come to auction? There was one that came up 20 years ago at Morphy’s. It sold for $2,000. I think this one is comparable.

What’s the world auction record for a trade sign? Putting aside traditional Samuel Robb [cigar store Indian] figures, it was an elephant-shaped boots and shoes sign for John M. Dyckman, which sold in October 2019 at Sotheby’s for $56,250.

Why will this piece stick in your memory? This is probably the only one I’ll ever get to handle. I’ve been doing this for 12 years, and I think it’s the only one I’ve seen in my career.

How to bid: The apothecary trade sign is lot 0015 in the American Folk & Decorative Arts auction at Cowan’s Auctions on March 9. Bid absentee or live online through LiveAuctioneers. 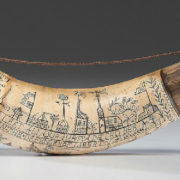 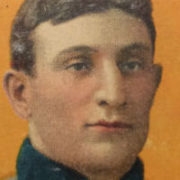 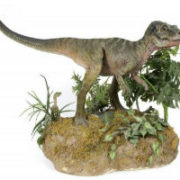 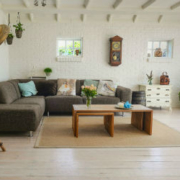 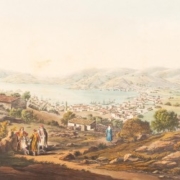 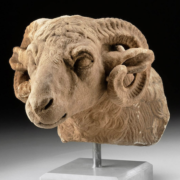 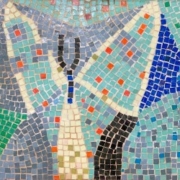