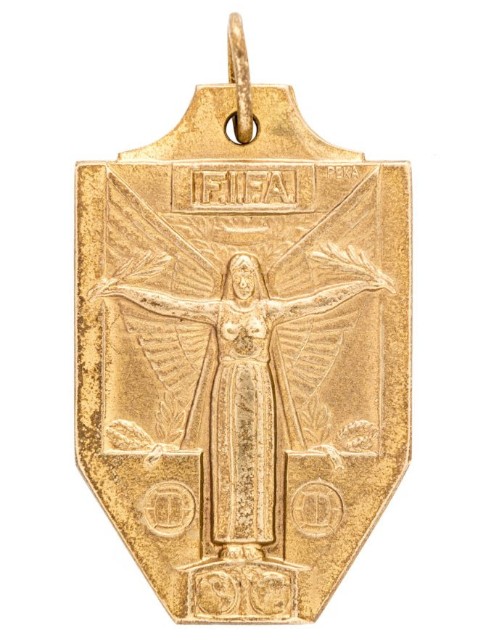 Brazilian soccer legend Pelé was awarded this medal for leading his team to the FIFA World Cup championship in 1970. Image courtesy of Julien’s Auctions

Who is Pelé, and why is he important? He’s regarded as one of the greatest football players of all time. He won three World Cups. He’s from Brazil, and he’s a humanitarian – he’s done a fantastic amount of work for charity. In 1999, he was named the athlete of the century by the International Olympic Committee, and FIFA (the International Federation of Association Football) named him Player of the Century. (Pelé shared the honor with Diego Maradona.)

Ah. So he’s kind of a big deal. A huge deal. When it comes to stars, he’s an absolute superstar.

Pelé’s birth name is Edson Arantes do Nascimento. For the life of me, I can’t figure out how you get “Pelé” from that. How did he get that name? And what does it mean? He was born into poor circumstances in Brazil to a family of Portuguese origin. When he went to school, his favorite player was someone by the name of Bilé, but he mispronounced it as Pelé. The more he protested, the more it stuck. He became known as Pelé, and we know him as Pelé. In Portuguese, there’s no translation for “Pelé.”

Now, this 1970 World Cup winner’s medal – everyone on the 1970 Brazilian World Cup team received it, yes? It’s not the equivalent of a most valuable player award? Absolutely. Everyone who won got the medal.

Pelé won the World Cup in 1958, 1962 and 1970. Julien’s offered all three over the course of a three-day auction of Pelé’s personal collection in 2016, and this medal sold for the largest sum. Why? What makes the 1970 medal more valuable than the other two? Winning three World Cups is unusual and rare. No one else has done it to this day. It’s such a massive achievement.

Could you talk about what an absolute physical feat it is to win three World Cups? I see that Pelé was not quite 18 at the start of the tournament in 1958, and 22 in 1962 and 30 in 1970, which had to help, but still … when I watch a top-level soccer match, I’m always struck by how much running the players do. There’s a lot of running, and the game is played all with the feet, no hands. It’s the running, and the skill with moving the ball and passing the ball and moving the ball into the net – it’s a huge physical demand, and the World Cup is typically played in hot weather. Think about the huge demands on your body and your fitness level. And the speed you need to have is exceptional. Playing for 12 years at the international level is a phenomenal achievement. To win in 1958 and 1962 and still play in 1970 – it speaks to the magnitude of Pelé as a person and an athlete.

While other players have won two World Cups, Pelé stands alone as the only three-time winner 50 years after he accomplished that feat. What does that say about how the game of football has changed over time? Is it pretty much impossible for a player to win three World Cups now? I think it’s changed and become more technical than the free-flowing play during his era. I won’t say it’s impossible, but football has become more technical than skillful.

When you say “technical,” do you mean it’s become more about knowing the rules over playing the game? Exactly. And there’s the technology available to us today, the competitors’ knowledge of how you play the game before you’re on the field.

You mean the ability to review tapes of previous games and study how rival teams play? Yes. That wasn’t applicable to Pelé.

Do you think Pelé will always stand alone as the sole three-time winner of the World Cup? To win it three times is so phenomenal for a player… there’s nothing to say no one can ever do it again, but so many things have to line up. There has to be luck involved as well as stamina and skill. It would be phenomenal to see it happen, but I think Pelé’s title is safe for another few years.

You had three Pelé World Cup winner’s medals to offer in the 2016 sale. What strategy did you use when scheduling them? Did you offer one on each day of the three-day auction, with the 1970 medal going up last? There was a lot of debate about that within our group at Julien’s. It was a three-day auction, six auction sessions, two each day. We worked closely with Pelé. He put his heart and soul into the project. He was inclined to sell the medals in one lot. I think he hoped to keep them together. In the end, we decided it was fairest to do one each day, in chronological order. That’s how it ended up. The three medals went to three different buyers.

Does the Pelé 1970 World Cup winner’s medal have inherent value? I see that it’s gold-colored, but I don’t see any information about a carat weight. Intrinsically, not really, but we didn’t focus on the intrinsic value of the medal itself. It represents a fantastic achievement by Pelé. That’s where the value was and is. It was his third World Cup win, and he scored the opening goal in the 18th minute of the game. That’s the story, that’s the history, that’s the value. That’s what we were selling.

What is the Pelé 1970 World Cup winner’s medal like in person? Are there aspects that the camera doesn’t capture? If you looked at it, you’d be underwhelmed by it. You’d walk past it and it wouldn’t get your attention. But if you put a picture of Pelé with it, it’s game over. It’s so incredibly light and thin, and yet it represents so many years of hard work, grit, perseverance, and stamina. For me, personally, holding it gave me chills.

I see that the Pelé 1970 World Cup winner’s medal has a ring at the top, so it could be worn on a ribbon or a chain. Did Pelé ever wear this medal after he won it? He probably wore it on special occasions, but he was the most humble, nonegotistical gentleman I’ve ever worked with. I’m a fan of Pelé. I work with celebrities all the time. To see someone who’s achieved so much be so down-to-earth and normal and take an interest in how you were as a person… working with him was an honor.

He didn’t flaunt it. Exactly. Of course he was proud of his achievements for his country, but on a personal level, it was not something he would flaunt.

How did people react in the lead-up to the Pelé auction? It was phenomenal. Even people who weren’t bidding in the auction were curious and came to the exhibit. Pelé was so unselfish with his time. We had two parties, one for VIPs and one for the public. He attended both. Everybody who wanted a photo with him, he took a photo with them.

Pelé has seven kids, so it makes sense for him to consign his collection to auction rather than try to decide who should get what. I imagine it wasn’t easy for him to sell, though. How did he react to the auction? Sad as it was, it was cathartic, it was liberating. He had been caring for and insuring the items. Now they’re all over the world, safe, and being enjoyed, appreciated and celebrated. Pelé loves the auction catalog, and that’s a historical book – his collection is all documented now. He can look to the catalog to see what he achieved, and know the items are loved and will be appreciated for many years to come, and there will be no family fights. 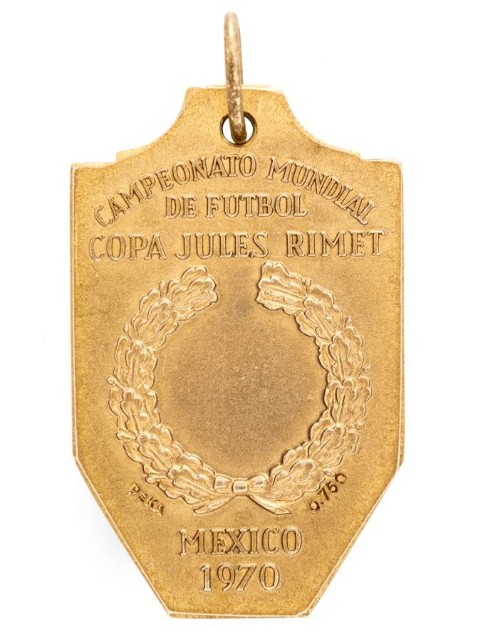 Was the group of bidders that participated in the Pelé auction more international than that of other Julien’s auctions? Yes, definitely. South Americans were hugely involved, Europe was involved. The Middle East was buying, and North America, of course – a tremendously international auction.

What do you recall of the Pelé auction? We made it a fun event. On the first day, the Julien’s Auctions team all wore black shirts. On the second, we wore green shirts, and on the third, yellow shirts. [The shirt colors reflected the colors of each of the three volumes of the auction catalog.] For me, it was one of my all-time favorite auctions we’ve ever done.

What was your role in the Pelé auction? I was on the phone with a client who was bidding in the auction. We had two different auctioneers who would rotate. My days were busy. We brought a lot of staff from Los Angeles. It was such a big project, we needed all hands on deck. And my family are such big fans of Pelé, it became like a family event as well.

What do you remember about the sale of this particular lot – the Pelé 1970 World Cup winner’s medal? There was a lot of tension beforehand. You could feel it as we got closer to the lot. It was all building up to a crescendo, a frenzy. The two who got the other two medals bid, but it ultimately went to an individual in the UK.

The Pelé 1970 World Cup winner’s medal ultimately sold for more than $427,000. Did that surprise you? Yeah, I was pleasantly surprised. It was estimated at £70,000 to £140,000 – that’s a big-ticket item. I hoped we could meet that amount. To have it sell for more than three times the estimate was exciting. It’s almost half a million for something you can almost fit in your hand. If you close your fist around it, you can’t see it. It adds to the story of Pelé and brings it to life.

Was Pelé in the room during the auction? There’s a certain amount of emotion involved in letting a collection go. We encouraged him to watch it online.

What was Pelé’s reaction to the news of how his 1970 World Cup winner’s medal did? He was very pleasantly surprised. I recall at the time that we thought all three medals would sell for half a million. This, alone, sold for almost half a million. He was so happy with the result.

The Pelé 1970 World Cup winner’s medal set a world auction record for a Pelé item and a record for any football or soccer medal. How long do you think those records will stand? Would this medal have to come back to auction? Or maybe something from the 1966 World Cup could beat it? Some of those medals could. A UK player sold one of his [1966 World Cup] medals, but it was nothing close to this piece. If the Pelé medal came back again, it would set a new record, yes. In 2016, we were close to an election about Brexit, and unsure about spending money. There were 1,600 items in the auction. For one person, that’s a lot. Now there’s so little Pelé material out there. If it came back, the focus would be on this medal, and it would set a new record.

Why will the Pelé 1970 World Cup winner’s medal stick in your memory? You know what I deal with. I can’t think of anything else I’d rather have. The great hard work, what it required to keep his fitness level and his sanity and play the game before a cheering crowd in Mexico and score the first goal for his country … and to stand next to Pelé, who I came to know, and to sell it for a record amount – I’ll never forget. I’m so happy with what we achieved for him, and so happy with the result. I could talk all day about Pelé. 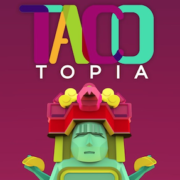 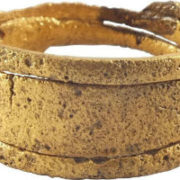 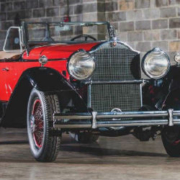 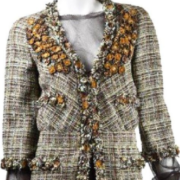 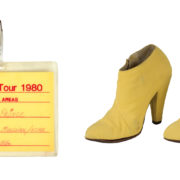 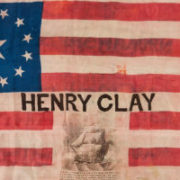 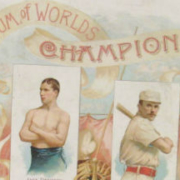