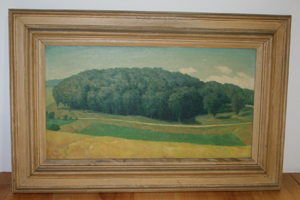 Choosing the right frame for paintings and prints enhances both appearance and value, but choosing the wrong frame does an artwork no favors.

Frames are rather like film stars’ dresses on the Red Carpet. The perfect one flatters the celebrity model and makes headlines. A bad choice is dissected by the Fashion Police. Like the unfortunate starlet, a painting can be underdressed, overdressed, or simply surrounded by something that is not “age appropriate.”

Auctioneers recognize how frames affect fine art lots on the podium. Leslie Hindman in Chicago emphasizes that the artwork is the most important element, but “a bad frame is jarring and it takes away from the painting.”

“I think private individuals appreciate when a work comes with a very nice frame,” Hindman continued. “If you have something that is good and it is framed in a nice period frame, it can add to the value.”

In previous centuries, frames were often carefully selected by the artist. Preserving the original frame on an artwork – like an original finish on antique furniture – bolsters value. The borders chosen by an artist may be plain or elaborate, but they are part of the object’s history and integrity.

Joe Standfield of Hindman’s Fine Art Department cited the case of an untitled 1945 landscape painting by regional American painter Marvin Cone (1891-1964) that sold in September for $156,400. “For this particular painting, pretty much everyone we spoke with who were potential buyers – museums, private collectors, galleries – commented on the fact that it appeared to be the original frame,” he said.

“That particular painting had been in the family for an extremely long time; the provenance was impeccable. The great provenance and the original frame were the two things that enhanced the value of this beautiful painting.”

On the other hand, Stanfield noted, “A more ornate gilded frame would certainly make more sense on a 19th-century French painting.” Frames should be appropriate for the artwork’s period and style, not a reflection of current fashions in interior design. In June 2009, Leslie Hindman held an auction devoted to period frames.

Jerry Holley, vice president of Dallas Auction Gallery, agrees that frame selection can have a subtle but sizable effect on a lot’s appeal to customers. “You see nice little Southwestern paintings from the 1920s or 1930s that are in their very simple original period frames,” he explained. “Everybody makes a big deal out of it and comment on the frames.”

“It does seem to affect value. If you see that same painting in an ornate gilt frame that doesn’t fit it at all, people just don’t have the same perception of the painting. Sometimes people don’t really realize what the problem is, but – if you had them side by side in the two different frames – it would be obvious.”

“It can work the other way too,” Holley continued. “ A good Victorian painting that originally had an ornate carved gilt frame on it – if you see it now in a plain black modern frame, that would do nothing for it at all. No doubt about it, it can have a very significant effect on the look of a painting and – at auction – on the value of paintings.”

If the original frame for a painting or print is badly damaged, owners have several options. Restoration by a qualified conservator is ideal although may prove expensive. An alternative solution is replacement of the original with an appropriate duplicate. The original frame, however, should always be retained because it is part of the history of the artwork.

Fortunately for collectors, there are firms that specialize in frame conservation and restoration. Even better, they can supply harmonious period frames for works that have been mis-framed or lost their borders altogether.

Eli Wilner & Company in New York City is one of the best known of these specialists. Wilner is an author, lecturer, and frame crusader who has worked with major public and private collections around the country.

Eli Wilner’s workshop recently took on the challenge of creating a copy of the original frame for an iconic American artwork, Emanuel Leutze’s 1851 depiction of Washington Crossing the Delaware, which has been in the collection of the Metropolitan Museum of Art for over a century.

In a recent conversation with ACN, Wilner said, “This is a project that Carrie Barratt [Curator of American Painting and Sculpture] at the Met and I have been looking at since 1990. It was such an important painting that we didn’t feel we could just wing it and get close to what was appropriate. We were waiting for some historical data, and we got exactly what we wanted.”

“We know that Leutze actually designed a specific frame for this painting. Matthew Brady took a photograph of it in 1864 at a fair in New York City. That was only discovered two years ago by a curator at the Met who was doing research at the New York Historical Society.”

Even with this photo as a guide, the process was complex, in part because of the paintings dimensions, more than 21 feet by 12 feet. Frame construction or restoration involves the skills of many specialists including woodcarvers, moldmakers, and gilders.

“The entire crest with the eagle was carved in wood,” Wilner said. “We cast the leafy ornamentation on the top end and inside edge; everything else was carved. And then the frame was gilded and burnished. The most difficult process is the carving, but the gilding and finishing is crucial.”

“We’ve completed our end of the project. It’s at the Met, crated up, and waiting for them to complete construction of the new wing,” Wilner concluded. “The new wing will have a 300 foot long hallway where the Leutze painting will be hanging at the very end.” The work should go on view in Spring 2011.

Wilner remains devoted to his cause: “I always say that if you can’t find the proper frame for a painting, show the painting without any frame. It changes the aesthetic appreciation so much. You can really hurt any painting – I don’t care how good a painting it is – if you put an inappropriate frame on it. It changes the entire visual appearance. My whole job is to teach the world about frames.” 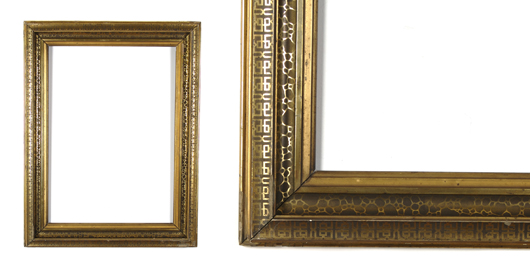 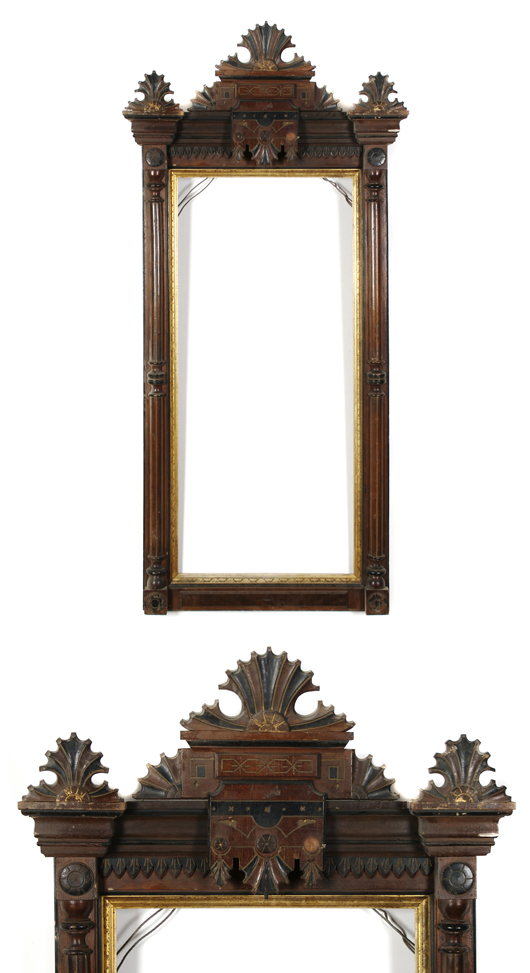