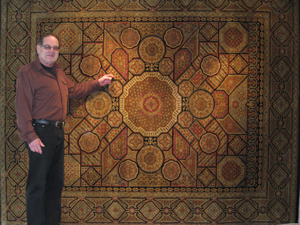 With all the conflicts in the Mideast, what’s a lover of the ancient art of Oriental-style rug-making to do?

Anderson, in the rug business for 40 years, says his is a product often touched by the ups and downs of world affairs, but never totally trampled underfoot.

“Many of the countries that formerly produced a fair number of rugs continue to do so but to a much lesser extent,” Anderson tells The Journal Gazette. “And, many countries that did not do as much rug-weaving in the past are in the forefront today.”

In his store, rugs from all over the world with intricate patterns and brilliant colors hang spotlighted on the walls and are stacked more than a dozen deep. Standing among the bounty, Anderson says it’s a misconception among rug buyers that supply or price fluctuates with Mideast conflicts.

In reality, he says, the countries facing the most recent turmoil have not been major players in the U.S. rug trade for quite some time. And, economic conditions in rug-producing countries are affecting the trade more.

Syria, Egypt and Iraq, for example, have never been major rug suppliers, he says. And, while “years ago most of the good rugs would come from Persia, which is now Iran, and Turkey and southern Russia, nowadays those are not significant countries.”

Certain styles of rugs from Afghanistan were popular in the U.S. in the 1920s. But that country has not been a major U.S. supplier, and rugs on the market tend to vary in quality, Anderson says.

However, silk rugs from Afghanistan are still prized for their beauty when used as wall hangings. Silk rugs tend not to be durable enough to be used on floors, he notes.

One country where supply has been affected, however, is China.

After the United States eased trade restrictions, China began exporting large numbers of rugs to the U.S. market, Anderson says. Their elaborate, multicolored floral patterns and hand-cut textural detailing became all the rage in decorating in the 1980s.

But in recent years, the supply of those rugs waned as the Chinese industrial base broadened.

“It’s still a controlled economy, and the government tells people what they’re to be doing. Someone who might have been making rugs is now making car batteries or the like because that’s what the government wants.”

Chinese styles are also not as popular today, he adds.

Today, Anderson says, the top countries for Oriental-style rugs are India and Nepal.

India has been aided by its economically democratic diversity and the dominance of English as a language of trade, while in Nepal, rug-makers have been quick to adapt to European and U.S. style trends.

In his shop, Anderson has many examples of Nepalese rugs featuring simpler designs, such as large-scale stylized leaves and vines or flowers and geometric patterns. The rugs mostly have muted-color palettes, such as dove gray, brown and sage green.

Decorators seem to favor Nepalese rugs over traditional Orientals for contemporary décor, he says. Without a center medallion that limits rug placement and the plethora of hard-to-match colors, the Nepalese rugs are seen as more flexible.

Many rug makers in Nepal are Tibetan and have fled the economic influence of China on their homeland, Anderson says.

India, which still produces rugs with traditional styling, also has been toning down the dominant colors in its rugs – they now feature more gray and black and shades of brown, green and light blue, set off by creamy ivory and dusty gold.

“It used to be all reds and blues – the burgundy and navy, some dark green there for a while,” says Anderson, who adds he buys the one-of-a kind rugs he offers, all handmade or hand-tufted, from about 40 importers. He eschews rugs made from synthetic fibers.

India’s rug-makers also have been experimenting with making new rugs look antique by mixing dye lots to vary the color within a single design.

And, some high-end makers have been mixing wool with silk for a luxurious shimmer and soft feel.

Two of his current favorites are Indian in origin – an antique-look rug with an unusual broken-border design in grays and browns and one with a Celtic-inspired geometric design in a dozen shades, including black, gold, burgundy, sage, tan, brown and cream.

Anderson says one conflict country where rug supply has been hindered is Iran. Just about the only rugs he has from that country are antiques, dating from the mid-20th century or as early as the mid-1800s.

The United States imposed sanctions and a trade embargo in the 1980s.

“It’s a shame because the old Iranian rugs were beautiful pieces. But the rugs lately are just garish, and, well, not in very good taste. You might see them at liquidation sales, but a lot are very, very coarsely woven, and the colors are not very harmonious.”

One of the more expensive pieces in the store is an 8-by-16-foot antique Persian rug from the 1880s with rose and blue as dominant colors and a border made of camel hair.

“In India, it is still a very honored profession to weave. It’s passed down from earlier generations – if you’re a good rug weaver, you’re highly regarded as an artisan. Work by hand is still esteemed,” he says

“But you wonder, 40 years from now, where will the rugs come from?”

Information from: The Journal Gazette, http://www.journalgazette.net 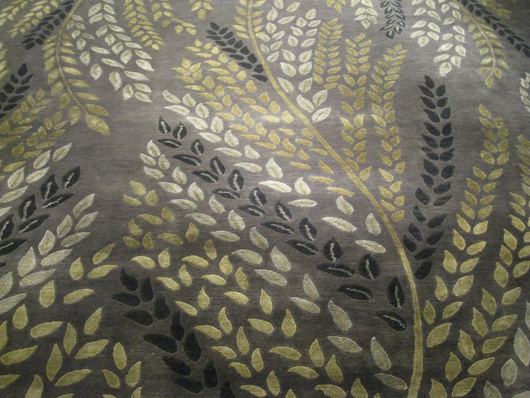 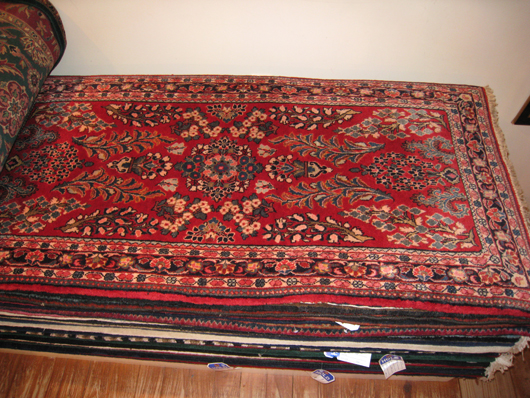 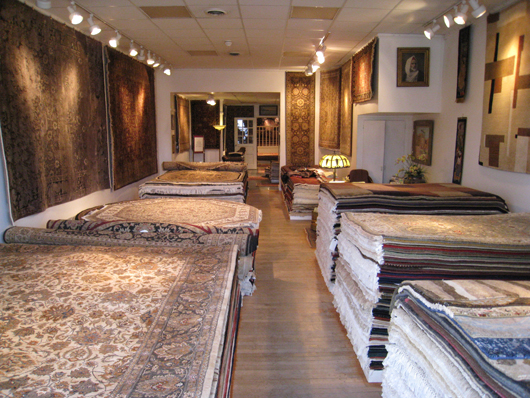 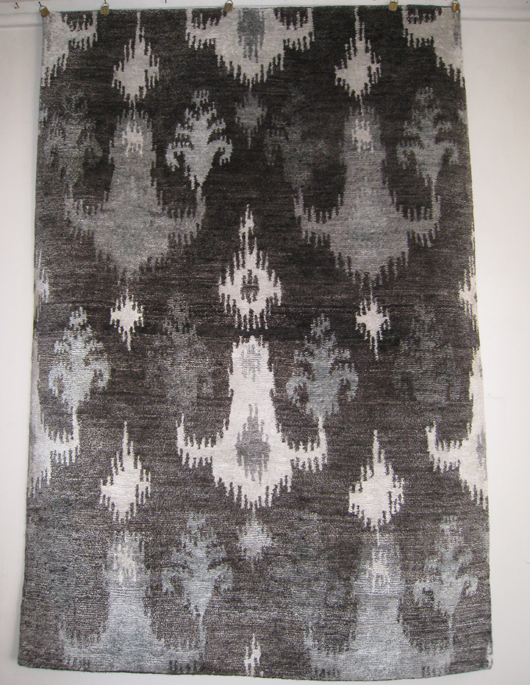 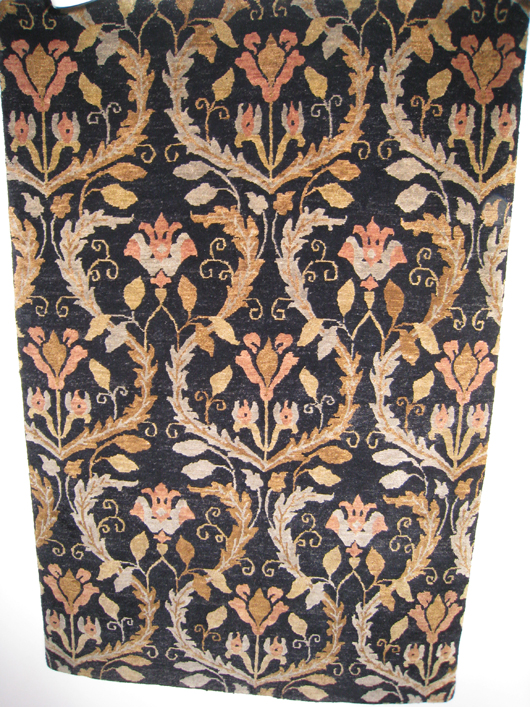 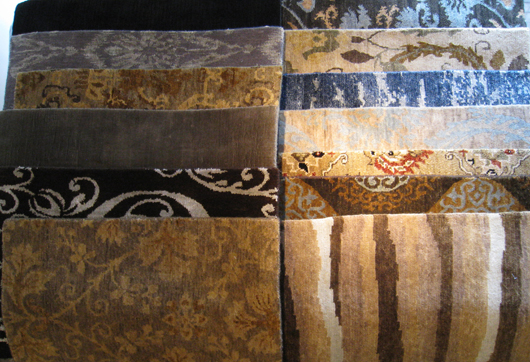