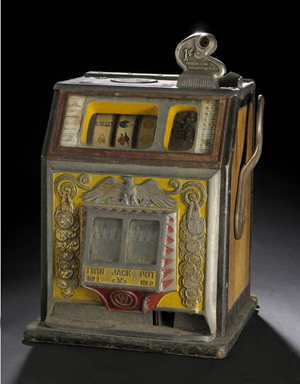 COLUMBUS, Ohio (AP) – An antique slot machine manufactured in Columbus sold this month for $37,500 at an auction in Las Vegas. Gus Snyder would probably marvel at such a payout.

In the 1920s and ’30s, he owned Superior Confection, a South Side company that made the machine.

If and when modern slot machines arrive in Columbus as a result of statewide ballot issues, they won’t exactly be entering virgin territory: Snyder was cranking them out 70 years ago.

“He operated a candy company,” said Phil Frey, a Dublin collector of antique slot machines who has researched Snyder. “Most machines back in the ’30s dispensed candy. That’s how they got around the law.”

The plan wasn’t foolproof: Snyder was eventually charged with evading $12,000 in income taxes.

The story, according to Frey, is that Snyder was unrepentant, saying at his trial, “I just want to tell you that it was a hell of a lot more than $12,000.”

He died in 1938 after undergoing appendix surgery in prison. His family had wanted the operation performed in a hospital.

Frey, who owns 17 vintage devices, has a few of Snyder’s machines on display in his house. Combined with a life-size cutout of Marilyn Monroe, a pool table and a couple of pinball machines, the slots give Frey’s basement a ’50s Rat Pack ambience.

“When everyone else was making boring, sedate machines, he painted them bright yellow.”

The slot machine as we know it was invented in about 1899 by Charles Fey of San Francisco, said David Schwartz, director of the Center for Gaming Research at the University of Nevada, Las Vegas.

Mechanical poker machines already existed, but they couldn’t dispense jackpots. Winners had to wait for someone in the establishment to verify the win and distribute the money.

“The big prize is going to come to somebody who would invent a machine that automatically paid out,” Schwartz said.

Fey was the first to produce the classic slot machine with three spinning reels. When the right combination of symbols showed on the reels, it rewarded the player with instant cash.

Slot machines quickly spread throughout the country. To get around laws, many of them dispensed gum, mints or coupons good for fruit. That’s probably where the tradition of fruit symbols on the reels started, said Schwartz, who wrote Roll the Bones, a history of gambling.

The machines were common in bars, clubs, cigar stores and other places until 1951, when Congress passed a law that made transporting them across state lines illegal. That pretty much confined them to Nevada, where gambling was legal, said David Burritt of Colorado, who runs an online price guide for slot machine collectors.

Burritt, who owns 60 antique devices, said he once bought a dozen slot machines from an Eagles club in Wyoming that had hidden them in walls.

Snyder was a minor player in slots manufacturing, making fewer than 1,000 machines, Burritt and Frey said. But that makes Snyder’s machines scarce, sometimes leading to high prices at auctions.

The machine that sold recently had a horse-race theme. The reels rotated horizontally instead of vertically so that the horses seem to be racing across the face of the device.

It’s rare, and the machine still works, as vintage ones tend to do, Burritt said.

“These things were built very, very well. They’re made out of steel. There’s no plastic, and the fact that they’re sealed up – so people couldn’t get into them – protects them from the elements.”

Slots were hot collectibles in the 1980s, but prices fell after that burst of interest, Burritt said. The market is segmented today: Common machines might go for as little as a few hundred to a few thousand dollars. The rarest and most desirable slots can sell for $200,000.

Frey, a salesman, became interested in mechanical slot machines after playing them on a trip to Las Vegas in 1968. He bought his first collectible machine in 1980. He taught himself how to repair them, so his home holds an array of slots that still dispense jackpots.

Ohio law allows people to own slot machines, but they can’t be used for gambling, Frey said. So when visitors want to play, he supplies them with the coins.

Frey’s vintage devices are the forebears of the electronic ones on the verge of entering Ohio legally. Ohio voters approved a casino for the Arena District of Columbus last year.

Frey, who said his biggest jackpot in Las Vegas reached about $1,000, is glad that Columbus might soon have a casino.

“I might even suggest to them they might want to have a display of antique slot machines.” 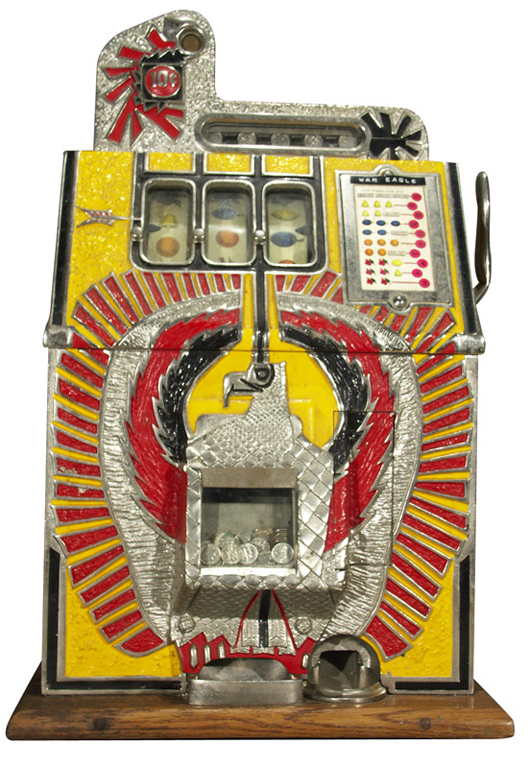 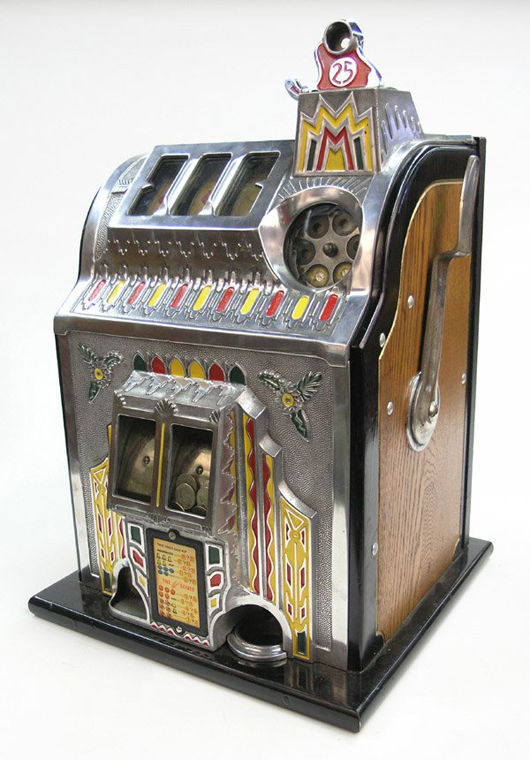 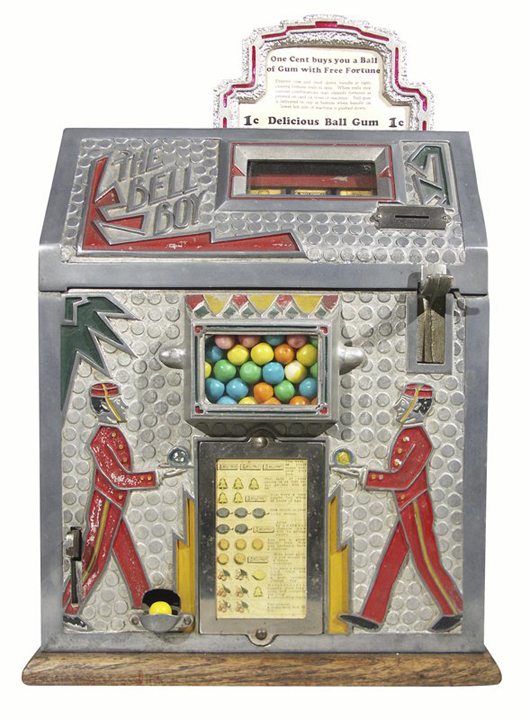 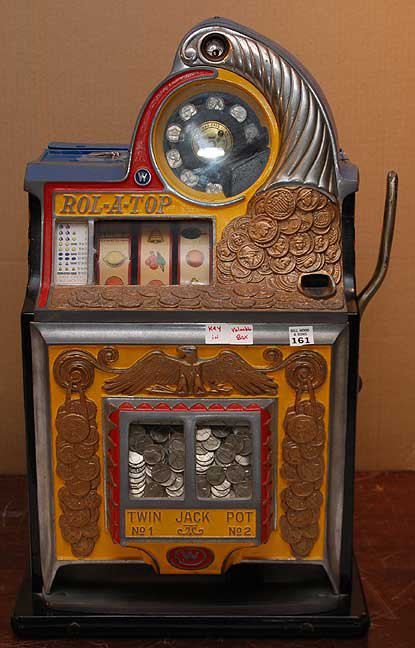