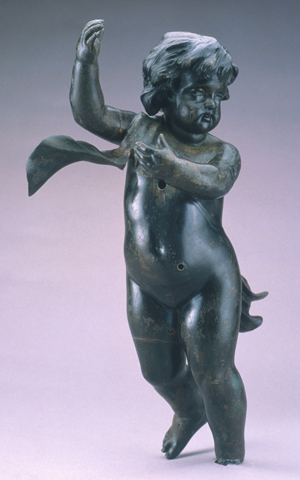 While this bronze cherub from the Titanic probably adorned a staircase newel, its smaller size suggests it was not part of the ship’s famous Grand Staircase. Image courtesy RMS Titanic, Inc., a subsidiary of Premier Exhibitions, Inc.

NEW YORK (AP) – The April 1 auction of more than 5,000 Titanic artifacts a century after the luxury liner’s sinking has stirred hundreds of interested calls, with some offering to add to the dazzling trove already plucked from the ocean floor.

Auctioneer Arlan Ettinger said his New York auction house, Guernsey’s Auctioneers & Brokers, has heard from some descendants of the more than 700 survivors, including one offering papers found on the floating body of a passenger.

The papers will not be included, but something perhaps more poignant will be: a woman’s bracelet with the name Amy spelled out in diamonds. Only two Amys were listed among 2,228 passengers, of whom more than 1,500 died.

The auction will feature clothing, fine china, gold coins, silverware and “The Big Piece”—a 17-ton section of the Titanic’s hull—pulled from the pitch-black depths 2 1/2 miles beneath the North Atlantic. It will be sold in one lot, and the winning bid will be announced April 11. It was appraised in 2007 at $189 million.

Ettinger said Guernsey’s has had its share of high-profile auctions—including treasures from the estates of Elvis Presley, the Beatles, Princess Diana and President John F. Kennedy—but the collection from the world’s most famous shipwreck tops them all. The Titanic sank April 15, 1912, after hitting an iceberg during its maiden passage from Southampton, England, to New York.

“Where on this planet can you go and say the word ‘Titanic’ and not get some reaction?” Ettinger asked.

An international team led by oceanographer Robert Ballard located the wreckage in 1985, about 400 miles off Newfoundland, Canada. The auction will be the first of Titanic artifacts collected from its final resting place, although items gathered from the ocean surface and from survivors have been sold in the past.

Premier Exhibitions Inc. has been displaying a fraction of the artifacts in traveling shows worldwide, including a permanent exhibit in Las Vegas. RMS Titanic Inc., a division of Premier that has overseen the artifacts for 18 years as the court-recognized salvor, said the public company decided to auction the collection in response to shareholders’ wishes.

By order of a federal maritime judge who has overseen the case for years, the items cannot be sold individually and they must go to a buyer who agrees to properly maintain the collection and make it available for occasional public viewing. The sale is also subject to court approval.

Ettinger said he has heard from museums, companies and individuals, none of whom he will name.

The vast majority of the Titanic’s opulent furnishings, recreated in James Cameron’s blockbuster film Titanic, remain within the two main sections of the wreck, said James Delgado, director of the National Oceanic and Atmospheric Administration’s Maritime Heritage Program. The wreck is considered “sacred” and off limits to salvors.

Delgado said the public’s continued fascination with the century-old wreck is due, in part, to the poignancy of the disaster and the human drama that played out on the ship’s decks while it sank. It was also the first modern disaster to capture the public imagination through wireless transmissions.

“It was the first time the world dealt with a disaster in real time,” he said. 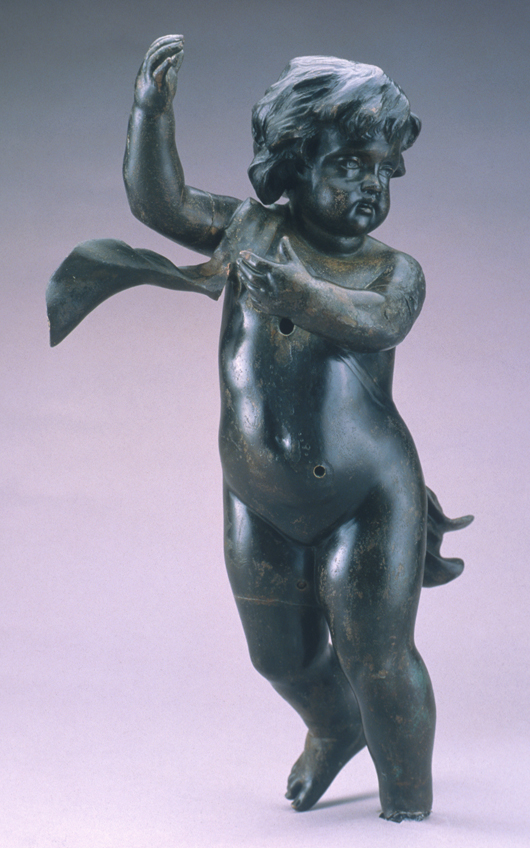 While this bronze cherub from the Titanic probably adorned a staircase newel, its smaller size suggests it was not part of the ship’s famous Grand Staircase. Image courtesy RMS Titanic, Inc., a subsidiary of Premier Exhibitions, Inc. 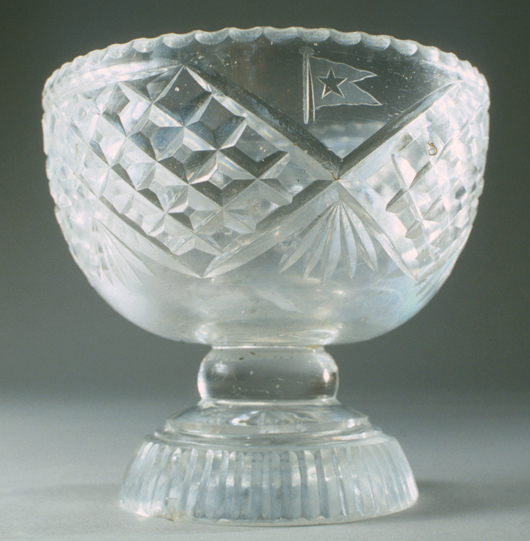 The cut design of this crystal dish indicates that it was probably used in first class. Image courtesy RMS Titanic, Inc., a subsidiary of Premier Exhibitions, Inc. 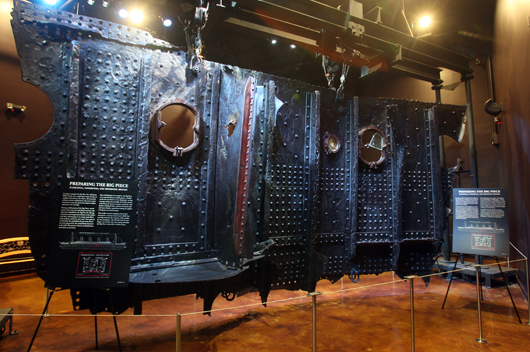 The ‘Big Piece,’ the largest object ever recovered from the wreck site of the RMS Titanic, is from the starboard side of the ship’s hull and contains portholes from C and D decks. It was recovered by the 1998 expedition. Image courtesy RMS Titanic, Inc., a subsidiary of Premier Exhibitions, Inc. 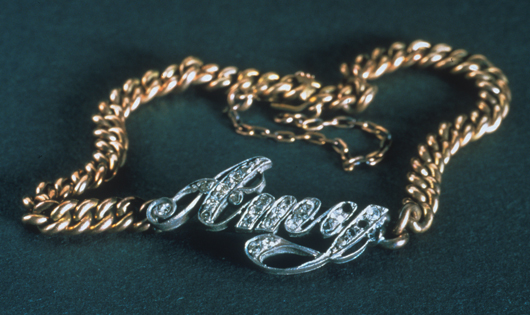 One of the wealthy passengers from Titanic’s first-class may have left this 26-gem bracelet behind. The 15-karat rose gold and ‘pure’ silver name bracelet has ‘AMY’ in script and is set with small round diamonds. Image courtesy RMS Titanic, Inc., a subsidiary of Premier Exhibitions, Inc.

Large-scale plan of Titanic going up for bids