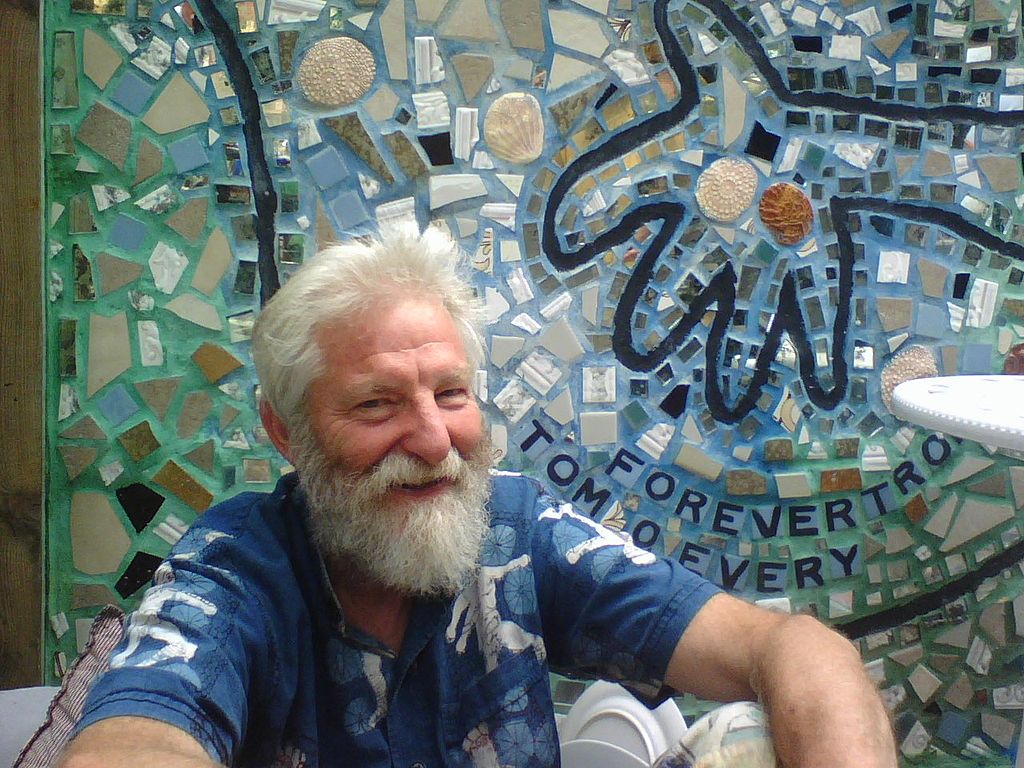 PHILADELPHIA (AP) – Philadelphia’s Magic Gardens is a mirrored mosaic dream scape, the culmination of the art that Isaiah Zagar has tiled on alleyways, storefronts and townhouses along the city’s funky South Street corridor.

His mosaic murals have come to define the neighborhood, delineating its boundaries and highlighting its transformation over the decades into what’s become a lively shopping, bar-hopping, tourist destination.

Now, within this ode to Zagar’s art, is another ode: to his wife, Julia, who her husband and friends say quietly laid the foundation for his success through her hard work and unending support.

“Dear Julia” is an exhibit honoring Julia Zagar in two distinct ways. It highlights her own artwork and also reveals works by her 77-year-old husband and folk artists from around the world who have used Julia’s image as their inspiration. The show – which Isaiah Zagar calls a “visual love letter” – is on display through June 26.

The idea for a Julia Zagar show was born from a renovation of Isaiah’s art storage warehouse, which required sorting through hundreds of works. Emily Smith, the Magic Gardens’ executive director, and exhibition coordinator Adam Mazur were helping go through some of the items and were taken with a collection of Julia’s drawings from her time in Latin America in the 1960s. They pressed her to have a showing.

“She was hesitant at first,” Mazur said. “We wanted to shine a light on her, as a thank you. If it wasn’t for the support of Julia none of this would have happened on South Street.”

She finally consented, but only on one condition.

“I decided if I was going to do it, it had to be for a purpose,” Julia Zagar, 76, said of the exhibit.
That purpose is the creation of a residency program with the proceeds from the exhibit’s sales. The idea is to bring one female artist in as a resident at the Magic Gardens – which combines an outdoor, multilevel labyrinth with an indoor exhibition space – to teach classes, have a show and receive a stipend. They hope to start the program next year.

Her ink on paper drawings, of farm and jungle scenes from their time in Peru in the Peace Corps in the 1960s, are quieter, more composed scenes than the colorful, explosive, kinetic work of her husband.

The most intriguing part of the show is the work from folk artists using Julia’s image. Over the years, the Zagars traveled to work with artists around the world, primarily in Latin America but also Russia and India. Isaiah said he would make a sketch of his wife for the artists, and they would incorporate it into the medium they knew best, be it embroidery, weaving or straw mosaics. The couple would then buy these commissioned pieces.

After over 50 years of marriage, Isaiah Zagar still sees his wife as his muse.

“She inspires me by being close to me, by snoring next to me, by just being there,” he said recently.

That doesn’t mean their relationship has been easy. They’ve dealt with Isaiah’s nervous breakdown, his infidelity and struggled to help one of their two sons deal with substance abuse.

When they moved to South Street in the late 1960s, the corridor was slated for demolition to make way for an expressway that never materialized. The decimated property values enabled artists like them to buy buildings. 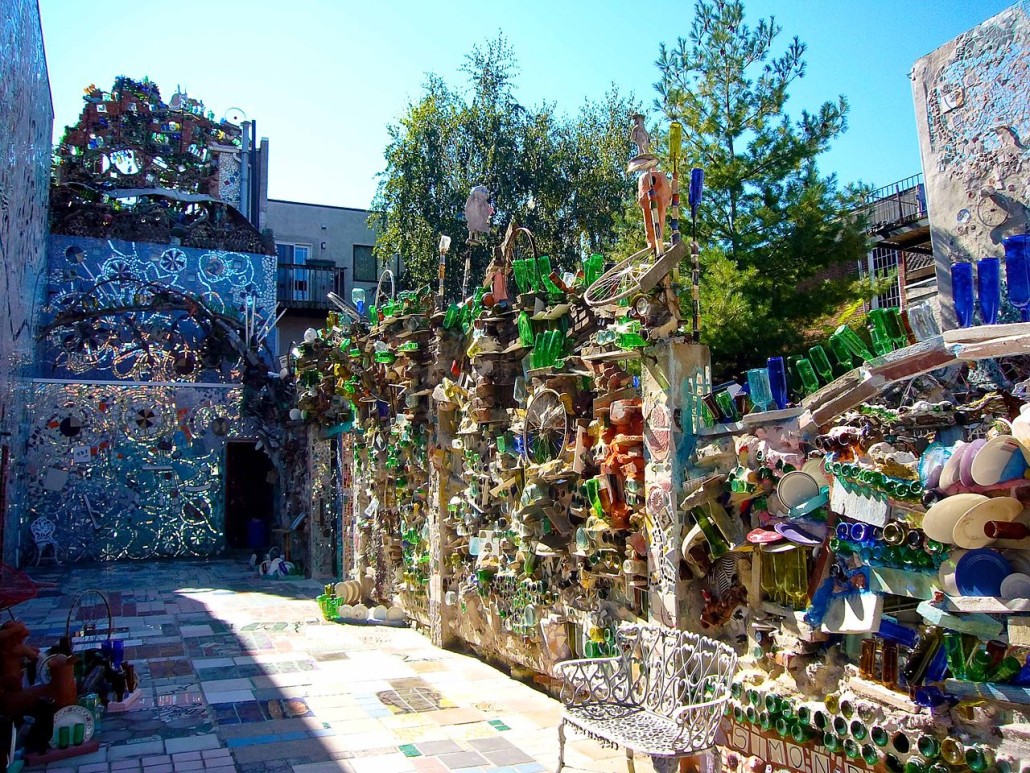 A small portion of Isaiah Zagar’s Magic Gardens. Image by Sasgafatcat. This file is licensed under the Creative Commons Attribution 2.0 Generic license.

In 1968, they opened the Eyes Gallery. Julia Zagar established the business, had children and stopped creating her own art. Her stability and encouragement enabled her husband to transform the neighborhood through his public art, Mazur said.

Julia Zagar is an accomplished artist in her own right. She studied sculpture at Cooper Union in New York and received a bachelor’s of fine arts from the University of the Americas in Mexico City. She had exhibitions at galleries in Mexico and New York City before taking her nearly 50-year hiatus.

She’s not bashful about being the center of attention after such a long stretch in the background.

“It just feels good,” she said. “It makes me want to get my time back and begin to work again.”