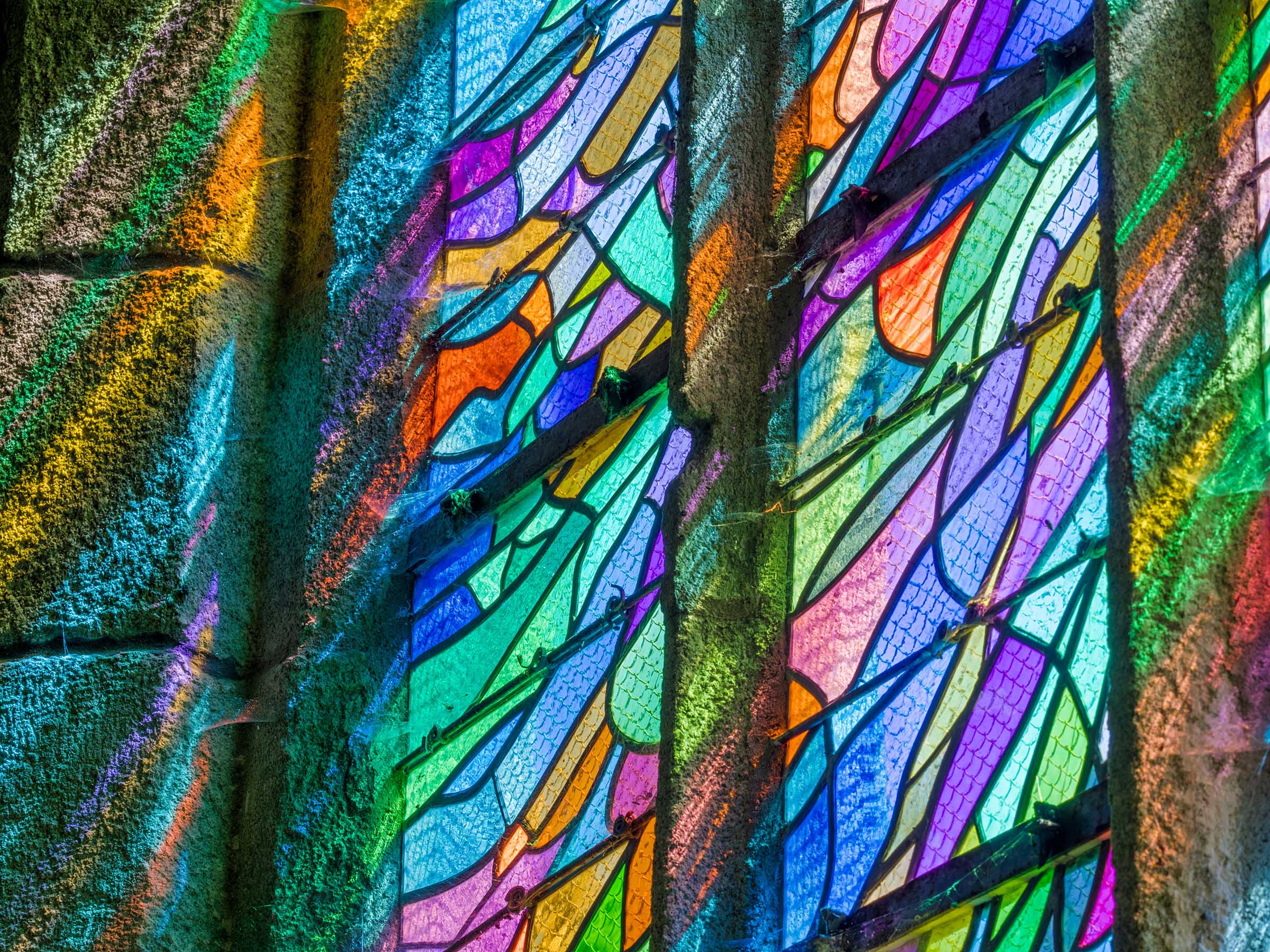 The stained glass artist, one of the few in the city, relocated to the downtown facility at 825 N. Main St. from a shop at a construction company about six months ago.

The owner of Hub City Stained Glass is among the artists who will be participating in the Spring Art Market, which will be held at the center March 20.

On a table is one of his colorful hand-crafted works, a circular piece made of blue and green panels of glass formed into a symmetrical design. The center of the piece is fitted with the bottom of a broken glass bottle that reads, “Hattiesburg, MS.”

Baughman said the broken Coca-Cola bottles, which he uncovered in downtown Hattiesburg, likely date back to the 1930s or earlier, and he is incorporating the bottles, a piece of Hub City history, into his work.

Living in Hattiesburg and the surrounding area his whole life, Baughman has been working with stained glass for 12 years, which he said is sometimes called a “dying art.”

Baughman got his start as a glazer, someone who works with glass, in 2004 when he began working for a friend’s dad. He started his own stained glass business in 2015. Allison Neville, his wife, helps him in the studio.

“The community, the city of Hattiesburg and local areas are really supportive,” Baughman said. “I’ve been able to do this full time for four years.”

Baughman said he finds most of his clients on social media, and most are local.

“I would say 80% of my work’s in Hattiesburg,” Baughman said. “Probably another 12% is local. I’ve done work on the coast, in New Orleans and I’ve shipped pieces to Seattle and Texas.”

Though most of his work is commissioned, usually starting at about $150 per square foot, Baughman said he also creates smaller pieces to sell at art shows. Those normally sell from $20-$40.

Baughman said when the coronavirus pandemic hit Mississippi last March, he saw a major impact on his business.

At the beginning of 2020, he was working on a two-month project, but when it was completed, it was months before he got another commission.

“I kept working, making stuff to try to sell,” Baughman said. `”It’s definitely affected it, but not as bad as other people, so I was lucky for that.”

Despite the the pandemic, the glazer is confident in the future of his stained glass business.

“Other than about six months in COVID, I haven’t slowed down,” Baughman said. `”I feel fairly confident that I’ll keep making art and somebody will buy it.”