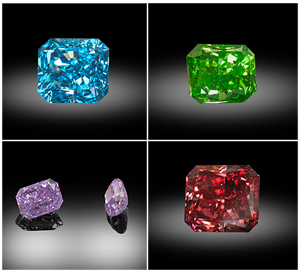 SAN FRANCISCO – Sotheby’s in Geneva made auction history last month when it sold the Pink Star – a 59.60-carat oval cut pink diamond – for $83,187,381, a world auction record for any diamond (or gemstone or jewel, for that matter). Sotheby’s David Bennett called the stone “a true masterpiece of nature.” Four bidders competed for the stone, the largest internally flawless, fancy vivid pink diamond ever to be certified.

If you have ever looked at a fuschia wildflower and marveled at its impossibly bright color, consider the spectrum of naturally occurring colored diamonds: from yellows and browns — the most common colors — to pink and blue, to deep greens, purples and reds—the most rare. While colored diamonds are usually muted in tone, some rare specimens are so candy-vivid you can’t believe they are not treated. There is even a diamond known as a “chameleon” that, as the name suggests, actually changes color.

For 20 years, before retiring recently to work in the auction business, Josh Cohn was a colored-diamonds specialist with the Gemological Institute of America, the non-profit organization that sets the standard for grading gemstones. At GIA, Cohn would examine stones to grade them and determine whether their color occurred naturally or synthetically. The GIA analysis of colored diamonds encompasses aspects of clarity, color and place of origin for certification. Treated stones are also graded. (The Institute’s website is a superbly illustrated source of information about, and images of, colored diamonds: http://www.gia.edu.)

“Some of the naturally occurring colors can look highly artificial, and some treated diamonds have more subtle colors; without advanced testing, you can’t tell if stones have been treated,” says Cohn.

Of the known causes in natural colored diamonds, color can be influenced by radiation or trace elements, such as nitrogen or boron, interacting with the crystal during its development. Artificial treatment processes including radiation and high temperature /high pressure (hpht) are used to quickly replicate the color effects that take tens of millions of years to come about naturally. Again, cautions Josh Cohn, you can’t discern treated stones with the naked eye or even through a loupe. The best way to guarantee the diamond you are buying is through a report from an accredited laboratory, such as GIA.

Different diamond colors are associated with different mine locations throughout the world. The famous Hope blue diamond is thought to have been mined in India at the Kollur mine some three centuries ago. Mr. Cohn, who now works as a consultant for Morphy’s auction house in Pennsylvania, says developments in mining technology have more recently opened deposits of colored diamonds, such as the deep pinks from the Argyle mines and the bright yellows found in the Ellendale Mines, both olocated in Western Australia. The Pink Star/Dream was mined in 1999 by De Beers in Africa.

“The Golconda mines in Southern India were once known as the best source for pink diamonds, but other mines have come to the fore.” said Cohn.

The market for colored diamonds has been extremely strong over the past year, culminating with the record-setting sales of November. One day before Sotheby’s sold the Pink Star/Dream, Christie’s offered a fancy-vivid orange diamond, at 14.82 carats the largest known to exist. The pear-shape orange diamond (also known as a “fire diamond”) eclipsed its estimate of $17/20 million to fetch $35.5 million at Christie’ in Geneva.

In April of this year, the pink Princie diamond, found centuries ago in the Golconda mines of southern India, was bought by a telephone bidder at Christies in New York, for $39.3 million. The diamond’s provenance included ownership by the super-wealthy royal family of Hyderabad.

Colored diamonds in the middle range also have elicited intense bidding this year: at Leslie Hindman Auctioneers, in April, a 7.85-carat vivid fancy yellow diamond ring with an antique cushion cut outstripped its estimate of $150,000-$200,000 to realize $542,500.

Those who wish to see colored diamonds up close have several options. The storied Hope Diamond, on display at the Smithsonian’s Harry Winston gallery (part of the enormous collection of gems and minerals that is part of the institution’s Natural History Museum) is probably the most famous colored diamond of all. It’s a 42.5-carat blue diamond whose popular history includes, according to the museum’s online catalog: “a stint in the French crown jewels, a daring theft, two re-cuttings, an English king, a wealthy American socialite, a bit of mystery and a curse or two.”

The DeYoung Red Diamond, at 5.03 carats, is one of the largest natural fancy dark red diamonds known. It was gifted to the Smithsonian by a Boston jeweler who acquired the rare and extremely valuable stone as part of a collection of estate jewelry, wherein it was wrongly identified as a garnet.

Another amazing blue diamond on display at the Smithsonian is called the Blue Heart, a heart-shape 30.62 carat blue diamond taken from a South African mine in1908, as a rough stone of 100.5 carats.

In San Francisco at The De Young Museum, an exhibition of Bulgari jewelry on display through February 2014 includes some beautiful examples of fancy yellow diamonds. A trio of tremblant brooches, so-named because of the setting that allows some of the diamonds to tremble slightly, thus increasing their radiance, are modeled on sprays of flowers. A beautiful single-flower brooch has delicate, curling petals, shaded by pave diamonds that range from white, to pale yellow, to brighter yellow at the tips.

A Colorful Future for Diamonds

Search for colored diamonds in upcoming auctions at www.LiveAuctioneers.com. 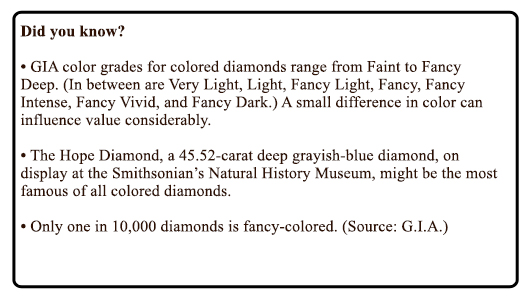 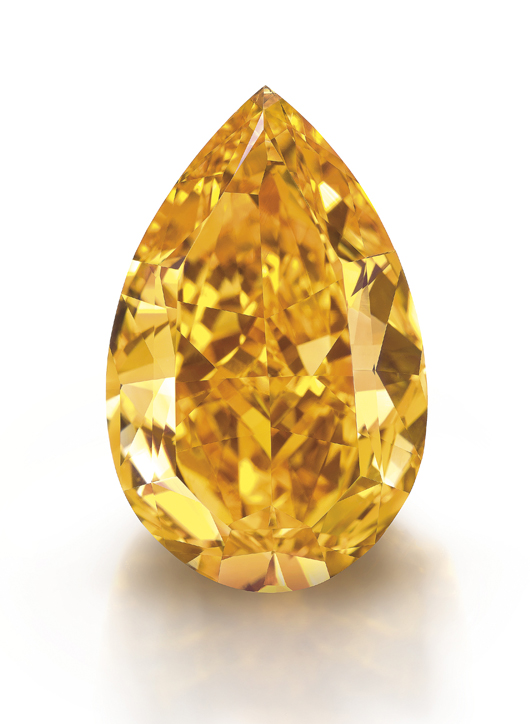 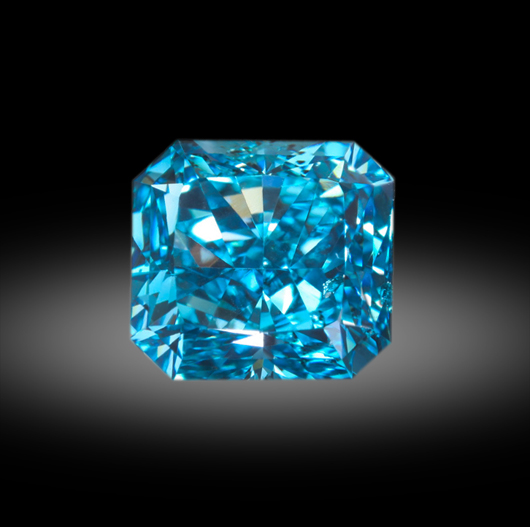 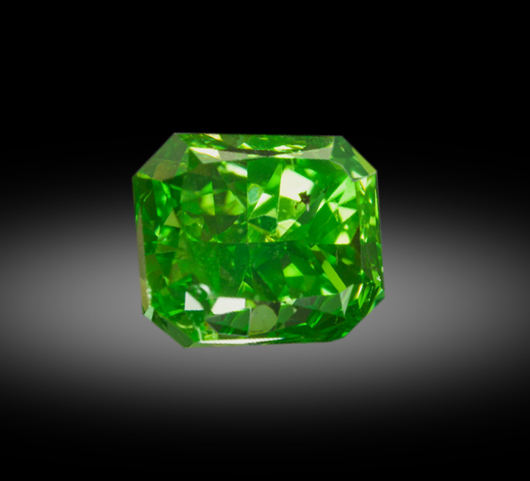 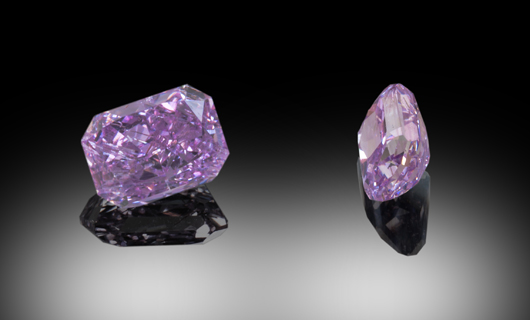 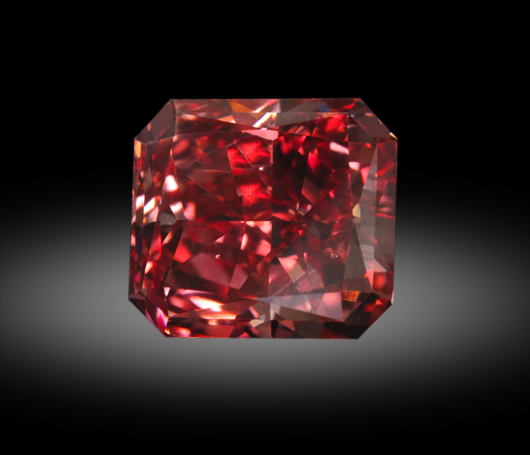 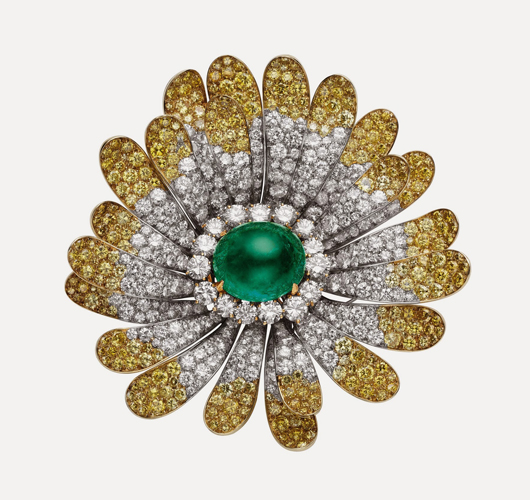 Reading the Streets: A visit from Space Invader
Scroll to top