A circa-1820s original Kill Devil fishing lure, the only known surviving example, will be auctioned on March 23 in England. Described as the most important antique fishing lure to come to auction, it is estimated at £4,000-£6,000. Image courtesy of Mullock’s Specialist Auctioneers & Valuers

CHURCH STRETTON, UK – The most important antique fishing lure that has ever been consigned for sale, an original circa-1820s “Kill Devil,” will make a rare appearance at auction in Mullock’s auction on March 23. Specialists in antique and modern fishing tackle, Mullocks says the lure is the only known survivor of its type. It will be offered with a £4,000-£6,000 (US$5,230-$7,840).

It comes up for sale almost 20 years after the famed “Giant” Haskell Minnow lure of 1859 sold for $101,200 at Lang’s Sporting Collectibles in Boxborough, Massachusetts. It set a record for a fishing-related collectible at auction.

The Kill Devil artificial bait is a legend in 19th-century angling literature. The authors of as many as 40 books included it in their text, the earliest being Bowlker’s Art of Angling, published in 1826. The Kill Devil lure was also mentioned in America in James A Henshall’s Book of the Black Bass, which first appeared in 1881. 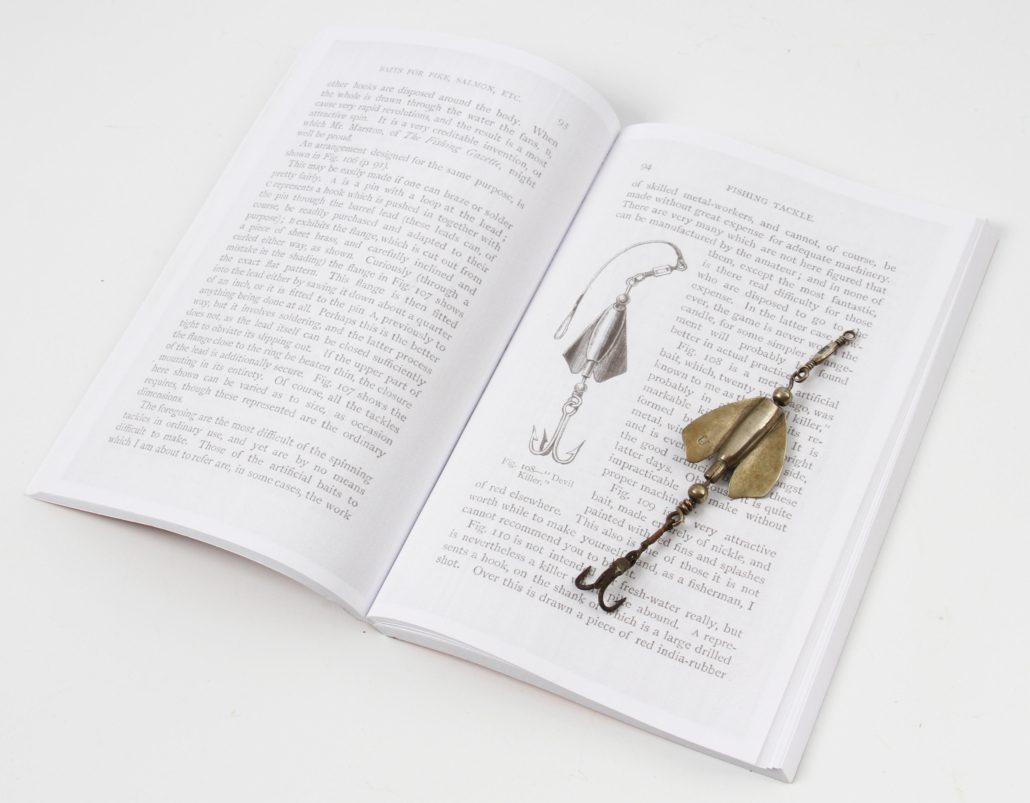 The Kill Devil fishing lure displayed on the pages of J.H. Keene’s book Fishing Tackle : Its Materials and Manufacture that shows a celebrated illustration of same. Image courtesy of Mullock’s Specialist Auctioneers & Valuers

The most comprehensive information on the coveted lure is given by J. H. Keene in his 1886 book Fishing Tackle: Its Materials and Manufacture, which contains the only detailed illustration of it in angling literature (It is depicted in Figure 108, on Page 94). The author understood that what made the original model unique was the curvature of the wing flanges, which he detailed in the book illustration by subtle shading to the wings.

Who manufactured the lure? Compelling evidence comes from a special feature of the lure: the letter “U” stamped on one of the wing flanges. Ustonson, the prestigious London maker of fishing tackle, used the letter as a trademark.

The only known maker selling the lure was Ustonson and, subsequently, Maria Ustonson (British, 1822-1847). While the firm was a Royal Warrant Holder, it supplied King George IV with fishing tackle, including Kill Devils, in 1828. The special features of the lure raises the possibility that it was the work of Ustonson.