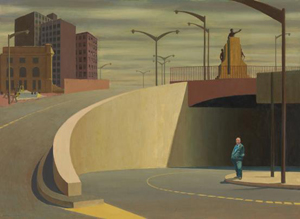 SYDNEY (AFP) – Australia was Friday mourning the loss of one of its “most original and brilliant creative voices” with the passing of celebrated urban landscape artist Jeffrey Smart, who died in Italy aged 91.

Smart had spent recent months in and out of hospital near his home in Italy’s Tuscany and died overnight, one of his agents, Stuart Purves, told Australian media.

“Alongside his peers like Sidney Nolan and Arthur Boyd, Jeffrey Smart put Australian art on the map in the post-war era,” Gillard said. “Though he lived in Italy for the past five decades, Mr Smart always regarded himself as an ‘Australian living abroad.’ Our nation mourns the loss of one of its most original and brilliant creative voices.”

Born in Adelaide in 1921, Smart’s paintings explored the modern landscape, including freeways, airports, apartment buildings and factories, with his most famous work ‘The Cahill Expressway’ showing a lone, suited man under the concrete Sydney underpass.

“In my early 20s I decided I’d painted my last billabong (bush) scene forever,” he once said.

He studied under French painter Fernand Leger in Paris in 1949 and returned to Australia before relocating to Italy in 1964.

“Jeffrey Smart would be regarded as one of the most significant Australian painters ever,” said Tony Ellwood, director of the National Gallery of Victoria in Melbourne.

“He is highly regarded, has been highly influential for decades,” Ellwood told the ABC.

Smart’s partner, Ermes De Zan, was with him when he died in hospital in Arezzo, reports said. 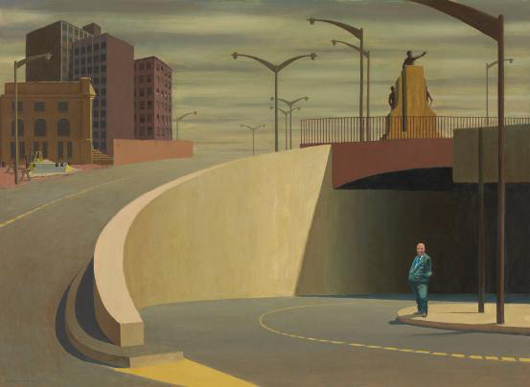