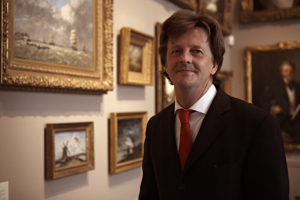 WASHINGTON (AP) – Dr. Paul Greenhalgh, the director of the of the Corcoran Gallery of Art, has announce he is leaving Washington’s oldest private art museum to return to Britain.

Greenhalgh told the museum staff Wednesday that he had accepted a position at the University of East Angila. He leaves the Corcoran’s top post June 1 after four years but will serve as artistic director during a transition.

Chief Operating Officer Fred Bollerer will serve as director and CEO until a replacement is found. Kirk Pillow, provost of the Corcoran’s art school, will serve as interim president.

Greenhalgh worked to stabilize the museum’s finances and boost its college enrollment.

Struggles with fundraising for a planned addition led to the 2005 resignation of longtime Corcoran leader David Levy.