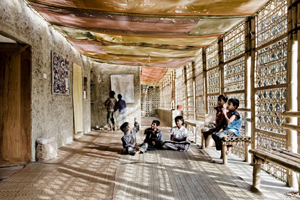 DHAKA, Bangladesh (AFP) – An award-winning German architect was attacked by opposition activists in Bangladesh during protests over the weekend that left two people dead and dozens injured, the German embassy in Dhaka said Monday.

Anna Heringer, 35, who won an Aga Khan Award for Architecture in 2007, was returning to the capital Sunday when the car she was travelling in was stopped by about 15 men who smashed all the vehicle’s windows and dragged the driver outside.

“Fearing for her life, Ms Heringer jumped out of the car and managed to abscond,” the embassy said in a statement, adding that the car was also set alight.

The driver was badly beaten and suffered severe head injuries during what the embassy described as a “hideous attack.”

“Ambassador (Albrecht) Conze sent a letter of protest to the chairperson of the (main opposition) BNP Khaleda Zia and reported the incident to the foreign ministry,” the embassy said.

There was no immediate comment from the Bangladesh Nationalist Party (BNP) or the police.

Sunday’s protests were some of the worst in recent months as police and ruling party activists clashed with opposition supporters who are demanding early elections.

Heringer’s car was attacked in Gabtoli, on the northwestern outskirts of Dhaka, a regular hotspot of the violence.

Heringer built the METI school in Rudrapur in northern Bangladesh, which won an Aga Khan Prize for Architecture in 2007 for fusing local knowledge, readily available materials and new construction techniques.

According to the embassy, her work has been on display at the Museum of Modern Art in New York and the Biennale in Venice. She has also won the Global Award for Sustainable Architecture. 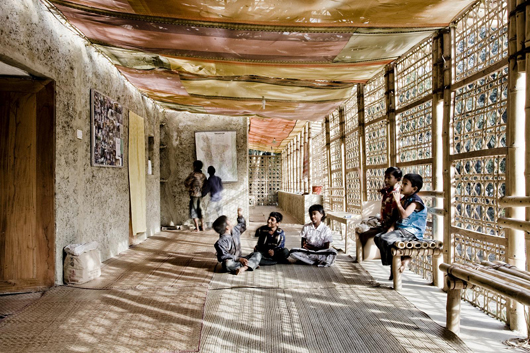