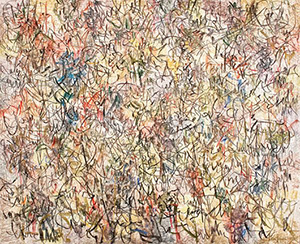 BUENOS AIRES, Argentina (AP) – Leon Ferrari, a conceptual artist and rights activist who clashed with Pope Francis when he led Argentina’s church and relished provoking dictators, bishops and a world at war, has died at age 92.

Ferrari was buried Friday in his native Buenos Aires, where he created a vast array of artwork during a prolific career.

His most memorable piece may be Western Civilization and Christianity, a Christ figure crucified on the wings of a U.S. jet fighter he made during the Vietnam War. Later, his collages mixed images of Adolph Hitler and Argentina’s military junta with sacred icons of the Roman Catholic Church.

Ferrari happened to die only hours before Francis invoked one of his more memorable phrases during his current tour of Brazil: Speaking to thousands of Argentines in Rio de Janeiro’s central cathedral on Thursday, the pope exhorted the youth not to “put faith in a blender.” He repeated this metaphor several times, saying faith shouldn’t be mixed nor weakened, but taken whole.

Years before he became Pope Francis, Buenos Aires archbishop Jorge Mario Bergoglio called Ferrari a blasphemer for displaying statues of the Virgin Mary in a blender, little saints in baby bottles, and Christ figures in a toaster. Ferrari’s idea for the 2004 exhibition, mounted next to the historic Recoleta church, was to criticize how he believes religion is force-fed to the masses.

Bergoglio called for the exhibit to be closed and it was, due to violent attacks. Ferrari responded with a missive criticizing the church for the “crimes it committed in Argentina and elsewhere,” and years later, the artist was among a large group of Argentine intellectuals who opposed Bergoglio’s election as pope, calling it “a horror.”

The Vatican spokesman, the Rev. Federico Lombardi, said he didn’t know if Francis knew of Ferrari’s death, but that regardless, his comments about the blender to Argentine pilgrims on Thursday had nothing to do with the artist.

“I spoke to Argentines familiar with the speech, the pope and Ferrari’s art, and they are certain that his words yesterday had nothing to do with it,” he said.

While Ferrari already had a high profile in Argentina and Brazil, his works drew worldwide attention in recent years, and when he died, he was working on a Guggenheim Fellowship to finish a study of sex and violence in Christian art. He also won the Golden Lion award at the Venice Biennial in 2007, and New York’s Museum of Modern Art mounted a retrospective of his work in 2009.

Ferrari was eulogized in Argentine media and by leading figures Friday for the way he mixed politics and poetry, ethics and aesthetics, and managed to show good humor even as he pointed out injustice and horror.

“Leon Ferrari hasn’t left, he’ll stay with us,” said Estela de Carlotto, president of the Grandmothers of the Plaza de Mayo, remembering her good friend in an interview with the Pagina12 newspaper. “He’s left so much with us that happily he’ll never be forgotten.”

Ferrari’s life’s work is, in fact, enormous. Over nearly seven decades, he created a constant flow of art in nearly all its forms.

Born in Buenos Aires on Sept. 3, 1920, Ferrari earned an engineering degree, but dedicated himself to art. He married Alicia Barros Castro, and they had three sons: Mariali, Pablo and Ariel. He illustrated books and signs for human rights campaigns, and used not only pencils and brushes, but risked his body and life in some very difficult episodes in Argentine history.

In 1975, even before the military coup that launched a cruel dictatorship, Ferrari was part of the Forum for Human Rights and the Movement against Repression and Torture. Forced into Brazilian exile the next year, he couldn’t save his son Ariel, who disappeared in 1977, one of the thousands of Argentines kidnapped and killed by the military state.

When Ferrari returned in 1991, he renewed his focus on injustice, with a particular focus on how the powerful invoke divine support.

Ferrari reflected on his relationship with the public when he visited one of his exhibitions, “Heliographs” and “Never Again,” in 2007.

“I had a period not so long ago when I wanted to be understood by everyone,” he said, according to his website. “Then I realized that the rational side, this kind of everyday craziness in which everything appears normal, was impossible,” he added. “Man is very small, and within him, he’s mostly subjective—as as with love, or a secret.” 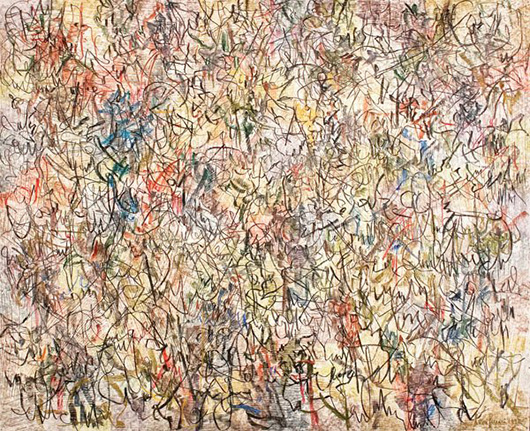