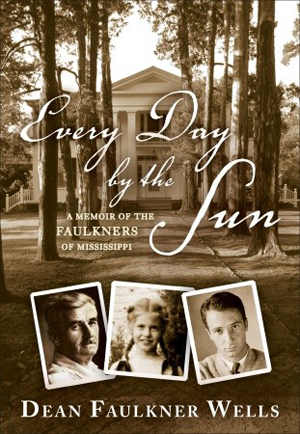 OXFORD, Miss. (AP) – Dean Faulkner Wells, the niece of literary master William Faulkner, has died at an Oxford hospital from complications of a stroke. She was 75.

Her husband, Larry Wells, said his wife suffered a stroke Sunday and had been hospitalized at Baptist Medical Center-North Mississippi where she died Wednesday. Faulkner Wells was the last surviving member of the children of William Faulkner and his siblings.

Faulkner Wells was born in 1936, four months after the death of her father, Dean Swift Faulkner, William Faulkner’s youngest brother, in a plane crash in 1935. William Faulkner, who she called Pappy, became her legal guardian.

Faulkner Wells worked tirelessly on the renovation of Rowan Oak, the last home of William Faulkner who died in Oxford in 1962. Rowan Oak is now a museum at the University of Mississippi.

Faulkner Wells also co-founded the Faux Faulkner parody contest, a cerebral competition that allowed aspiring writers to explore their inner Pappy with dense, stream-of-consciousness screeds. The competition ended a few years ago. She complied a number of the essays in The Best of Bad Faulkner.

Faulkner Wells and her husband, Larry, were co-owners and editors at Yoknapatawpha Press, which co-hosts the annual Faulkner and Yoknapatawpha Conference at Ole Miss.

The conference started in 1974 and is one of the longest running literary events devoted to one author. It annually draws Faulkner fans, scholars and writers from around the world.

Faulkner Wells wrote several books—the last of which was an autobiography, Every Day by the Sun: A Memoir of the Faulkners of Mississippi, published by Crown in March of 2011.

Survivors include her husband, Larry; a son, two daughters; three grandchildren; a stepdaughter and four step-grandchildren.