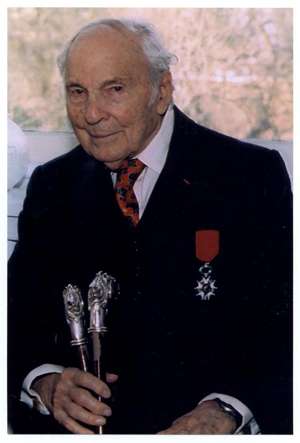 Frank Woodruff Buckles, last surviving U.S. veteran of World War I, age 106, during an interview at the US Library of Congress in 2007. On his jacket, Buckles wore his French Legion of Honor medal. United States Federal Government image.

CHARLES TOWN, W.V. – Frank Buckles enlisted for World War I at 16 after lying about his age. He made it home again and ultimately became that war’s last surviving U.S. veteran, campaigning for greater recognition for his comrades-in-arms before dying at 110.

Buckles, who also survived being a civilian POW in the Philippines in World War II, died of natural causes Sunday at his home in Charles Town, biographer and family spokesman David DeJonge said. He was 110.

Buckles had been advocating for a national memorial honoring veterans of the Great War in the nation’s capital and asked about its progress weekly, sometimes daily.

“He was sad it’s not completed,” DeJonge said Monday. “It’s a simple straightforward thing to do, to honor Americans.”

When asked in February 2008 how it felt to be the last of his kind, he said simply, “I realized that somebody had to be, and it was me.” And he told The Associated Press he would have done it all over again, “without a doubt.”

On Nov. 11, 2008, the 90th anniversary of the end of the war, Buckles attended a ceremony at the grave of World War I Gen. John Pershing in Arlington National Cemetery.

He was back in Washington a year later to endorse a proposal to rededicate the existing World War I memorial on the National Mall as the official National World War I Memorial. He told a Senate panel it was “an excellent idea.” The memorial was originally built to honor District of Columbia’s war dead.

Born in Missouri in 1901 and raised in Oklahoma, Buckles visited a string of military recruiters after the United States entered the “war to end all wars” in April 1917. He was repeatedly rejected before convincing an Army captain he was 18. He was actually 16 1/2.

“A boy of (that age), he’s not afraid of anything. He wants to get in there,” Buckles said.

Details for services and arrangements will be announced later this week, but DeJonge said Buckles’ daughter, Susannah Flanagan, is planning for burial in Arlington National Cemetery. In 2008, friends persuaded the federal government to make an exception to its rules and allow his burial there.

Buckles had already been eligible to have his cremated remains housed at the cemetery. To be buried underground, however, he would have had to meet several criteria, including earning one of five medals, such as a Purple Heart.

“We have lost a living link to an important era in our nation’s history,” said Secretary of Veterans Affairs Eric Shinseki. “But we have also lost a man of quiet dignity, who dedicated his final years to ensuring the sacrifices of his fellow ‘Doughboys’ are appropriately commemorated.”

U.S. Sen. Jay Rockefeller called Buckles “a wonderfully plainspoken man and an icon for the World War I generation” and said he will continue fighting for the memorial Buckles wanted.

“He lived a long and rich life as a true American patriot,” said U.S. Sen. Joe Manchin, “and I hope that his family’s loss is lightened with the knowledge that he was loved and will be missed by so many.”

The family asked that donations be made to the National World War One Legacy Project. The project is managed by the nonprofit Survivor Quest and will educate students about Buckles and WWI through a documentary and traveling educational exhibition.

More than 4.7 million people joined the U.S. military from 1917-18. As of spring 2007, only three were still alive, according to a tally by the Department of Veterans Affairs: Buckles, J. Russell Coffey of Ohio and Harry Richard Landis of Florida.

The dwindling roster prompted a flurry of public interest, and Buckles went to Washington in May 2007 to serve as grand marshal of the national Memorial Day parade.

The last known Canadian veteran of the war, John Babcock of Spokane, Wash., died in February 2010.

There are no French or German veterans of the war left alive.

Buckles served in England and France, working mainly as a driver and a warehouse clerk. An eager student of culture and language, he used his off-duty hours to learn German, visit cathedrals, museums and tombs, and bicycle in the French countryside.

After Armistice Day, Buckles helped return prisoners of war to Germany. He returned to the United States in January 1920.

Buckles returned to Oklahoma for a while, then moved to Canada, where he worked a series of jobs before heading for New York City. There, he again took advantage of free museums, worked out at the YMCA, and landed jobs in banking and advertising.

But it was the shipping industry that suited him best, and he worked around the world for the White Star Line Steamship Co. and W.R. Grace & Co.

In 1941, while on business in the Philippines, Buckles was captured by the Japanese. He spent more than three years in prison camps.

“I was never actually looking for adventure,” Buckles once said. “It just came to me.”

He married in 1946 and moved to his farm in West Virginia’s Eastern Panhandle in 1954, where he and wife Audrey raised their daughter. Audrey Buckles died in 1999.

In spring 2007, Buckles told the AP of the trouble he went through to get into the military.

“I went to the state fair up in Wichita, Kansas, and while there, went to the recruiting station for the Marine Corps,” he said. “The nice Marine sergeant said I was too young when I gave my age as 18, said I had to be 21.”

“I went back to the recruiting sergeant, and this time I was 21,” he said with a grin. “I passed the inspection … but he told me I just wasn’t heavy enough.”

Then he tried the Navy, whose recruiter told Buckles he was flat-footed.

“I told him birth certificates were not made in Missouri when I was born, that the record was in a family Bible. I said, ‘You don’t want me to bring the family Bible down, do you?'” Buckles said with a laugh. “He said, ‘OK, we’ll take you.'” 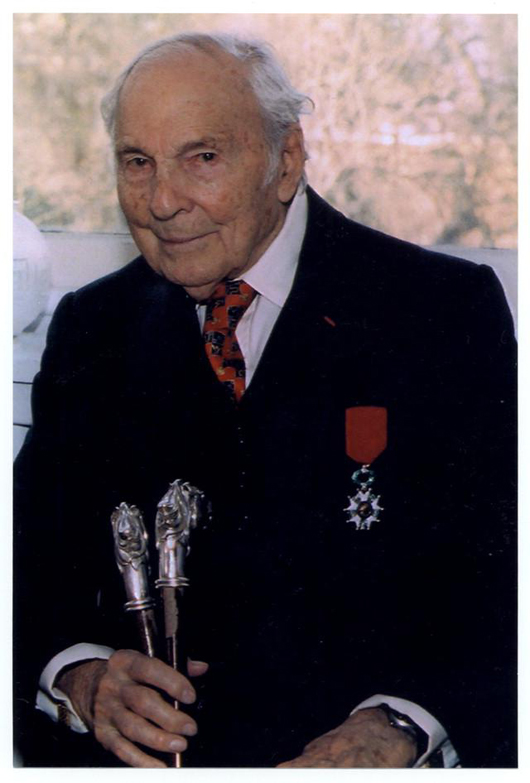 Frank Woodruff Buckles, last surviving U.S. veteran of World War I, age 106, during an interview at the US Library of Congress in 2007. On his jacket, Buckles wore his French Legion of Honor medal. United States Federal Government image. 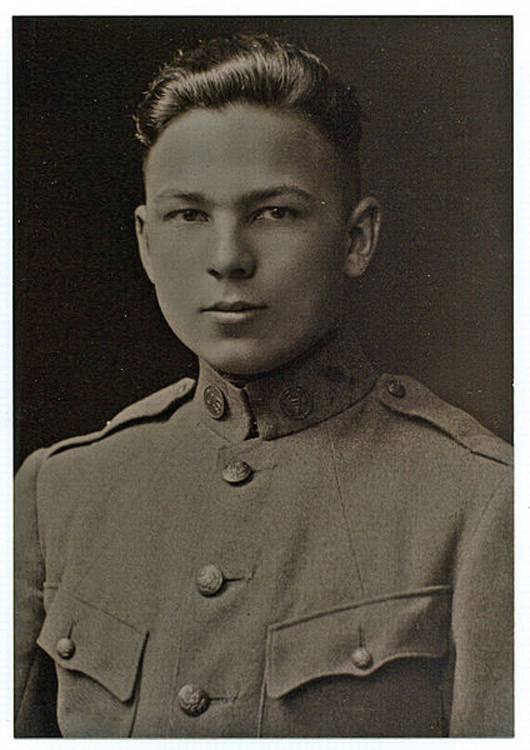 Frank Woodruff Buckles, last surviving U.S. veteran of World War I, in a picture taken in 1917, at age 16. At the time the photo was taken, Buckles was a corporal.