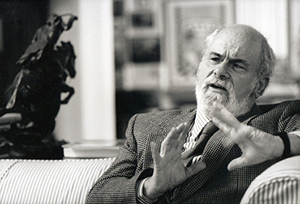 NEW YORK (AP) – Arthur C. Danto, a provocative and influential philosopher and critic who championed Andy Warhol and other avant-garde artists and upended the study of art history by declaring that the history of art was over, has died. He was 89.

Danto, art critic for The Nation magazine from 1984 to 2009 and a professor emeritus at Columbia University, died of heart failure Friday at his Manhattan apartment, daughter Ginger Danto said Sunday.

An academically trained philosopher, Danto became as central to debates about art in the 1960s and after as critic Clement Greenberg had been during the previous generation. Danto was initially troubled, then inspired by the rise of pop art and how artists such as Warhol and Roy Lichtenstein could transform a comic strip or a soup can into something displayed in a museum, a work of “art.” Starting in the ’60s, he wrote hundreds of essays that often returned to the most philosophical question: What exactly is art? Danto liked to begin with a signature event in his lifetime—a 1964 show at New York’s Stable Gallery that featured Warhol’s now-iconic reproductions of Brillo boxes.

“Is this man some kind of Midas, turning whatever he touches into the gold of pure art? And the whole world consisting of latent art works waiting, like the bread and wine of reality, to be transfigured, through some dark mystery, into the indiscernible flesh and blood of the sacrament?” Danto wrote in The Artworld, a landmark essay published in 1964.

“Never mind that the Brillo box may not be good, much less great art. The impressive thing is that it is art at all. But if it is, why not indiscernible Brillo boxes that are in the stockroom? Or has the whole distinction between art and reality broken down?”

Danto would refer to the show as the moment when art history ended and “progress could only be enacted on a level of abstract self-consciousness.” In such essays as The End of Art, Danto noted the progression of styles in the 19th and 20th century—impressionism, modernism, abstract expressionism, pop art. After the Brillo show, art had reached its ultimate expression and became a medium not of trends but of individuals—some brilliant, some ordinary, none advancing the overall narrative.

“When I first wrote about this concept, I was somewhat depressed,” Danto later observed. “But now I have grown reconciled to the unlimited diversity of art. I marvel at the imaginativeness of artists in finding ways to convey meanings by the most untraditional of means. The art world is a model of a pluralistic society in which all disfiguring barriers and boundaries have been thrown down.”

Danto would be praised by The New York Times‘ Barry Gewen as “arguably the most consequential art critic since Greenberg,” an “erudite and sophisticated observer” who wrote with “forcefulness and jargon-free clarity.” But his ideas were not universally accepted. Danto frequently had to explain that art wasn’t dead, only art history.

Rival critics such as Hilton Kramer questioned whether the story was over and whether Warhol deserved to be part of it. In an essay published in The New Criterion in 1987, Kramer likened Danto’s views to one of “those ingenious scenarios that are regularly concocted to relieve the tedium of the seminar room and the philosophical colloquium.” He also dismissed Warhol’s work as “a further colonization of the aesthetically arid but nonetheless seductive territory” of avant-garde art.

In What Art Is, a book published in 2013, Danto responded that his “effort was to describe art differently from that of the conservative taste of most of the New York critics.”

“From my perspective, aesthetics was mostly not part of the art scene. That is to say, my role as a critic was to say what the work was about—what it meant—and then how it was worth it to explain this to my readers,” he wrote.

Danto’s other books included Encounters and Reflections, winner of a National Book Critics Circle prize in 1991, Beyond the Brillo Box and After the End of Art. He was an editor of The Journal of Philosophy, a contributor editor to Artforum and president of the American Philosophical Association.

Arthur Coleman Danto was born in Ann Arbor, Mich., and raised in Detroit. He served two years in the Army during World War II and was stationed in Italy and in North Africa. He then studied art and history at Wayne State University and received a master’s and doctoral degree from Columbia University, where he taught from 1952 to 1992 and chaired the philosophy department for several years. He was especially influenced by the 19th-century German philosopher Georg Wilhelm Friedrich Hegel and drew extensively upon Hegel in his theory of art history.

After the Warhol show, Danto pursued a definition of art that could be applied to both the Sistine Chapel and a Brillo box. He rejected the ancient Greek idea that art was imitation and the Renaissance ideal that art was defined by aesthetic pleasure. Danto was shaped by the 20th-century rise of “ready-mades,” ordinary objects turned into “art,” whether Warhol’s Brillo boxes or the urinal Marcel Duchamp submitted to galleries during World War I. In What Art Is, Danto concluded that art was “the embodiment of an idea,” defined not by how it looked but by what it had to say.

“Much of contemporary art is hardly aesthetic at all, but it has in its stead the power of meaning and possibility of truth,” he wrote in What Art Is.

Danto’s stature as a critic overshadowed his early career as an artist. He was an accomplished printmaker whose woodcuts were exhibited in the Art Institute of Chicago, the National Gallery of Art and elsewhere in the 1950s. He later donated his prints to Wayne State.

“When I became a critic, I met everyone under the sun. But I knew very few artists when I was an artist. Some printmakers, some second generation Abstract Expressionists. … They were the great figures of my world, like Achilles and Agamemnon in ancient times,” he wrote in a 2007 essay about his own work.

“The heroes today are very different, and so the artists for whom they are heroes have to be very different. I could never have been an artist shaped by such heroes, though as a writer, I like their art well enough. I am glad to see that my work holds up despite that. In a way, I feel like an old master.”

Danto was married twice—to Shirley Rovetch, who died in 1978, and since 1980 to Barbara Westman. He had two children, Ginger and Elizabeth. 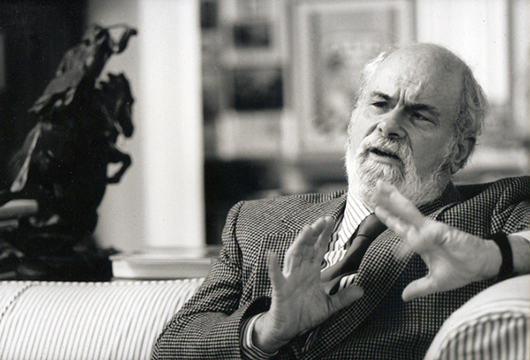