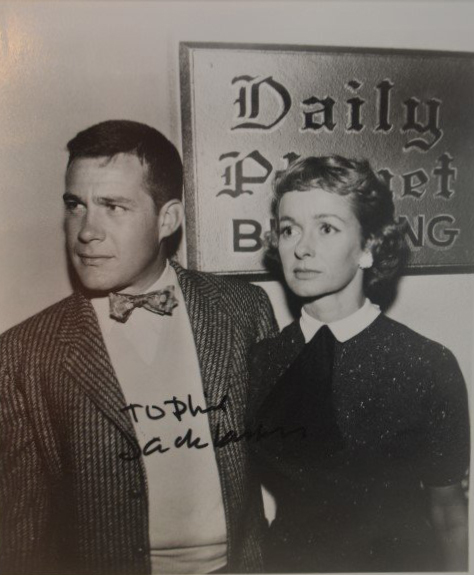 Jack Larson gained a worldwide fan base for his role as cub reporter Jimmy Olsen on The Adventures of Superman, which co-starred Noel Neill (right) as Lois Lane. Image courtesy of LiveAuctioneers Archive and J. Sugarman Auction Corp.

LOS ANGELES – Jack Larson, best known for his portrayal of Daily Planet cub reporter Jimmy Olsen on the 1950s TV show Adventures of Superman, died on Sunday at his home in Los Angeles. He was 87.

Although it brought him fame and a legion of fans, the Jimmy Olsen role became a handicap to Larson, who found himself typecast as a naive young man.

As a result, Larson did little acting after the show ended in 1958 and instead focused on behind-the-scenes work such as writing and production. He wrote the libretto to the 1972 Virgil Thomson opera Lord Byron, commissioned by the Metropolitan Opera in New York City.

Larson was often interviewed about the Superman series and his connection to it, and in recent years participated in a number of cameos that paid subtle tribute to his character and the series. One such cameo, in a 1991 episode of the TV series Superboy, reunited Larson with Noel Neill, who played Lois Lane in Adventures of Superman. 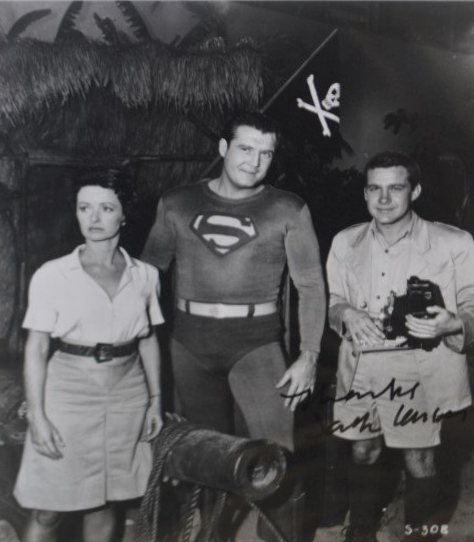 In this publicity still for the TV series The Adventures of Superman, Jack Larson (right) appears as Jimmy Olsen in a pirate-themed episode with Noel Neill as Lois Lane, and George Reeves as Superman. Image courtesy of LiveAuctioneers Archive and J. Sugarman Auction Corp.

Also, in an episode of Lois & Clark: The New Adventures of Superman, Larson appeared as an aged Jimmy Olsen in the episode “Brutal Youth,” first telecast on October 20, 1996.

Larson returned in his Olsen persona yet again in a late-1990s American Express card commercial featuring Jerry Seinfeld and an animated Superman.

Together with Neill, Larson provided commentary on several Adventures of Superman episodes for the January 2006 DVD release of the 1953 season. Also in 2006, he appeared in Bryan Singer’s film Superman Returns in a cameo role as “Bo the Bartender.”

Larson most recently appeared in an episode of Law & Order: Special Victims Unit, which initially aired on NBC on January 6, 2010. In this episode, titled “Quickie,” Larson portrayed Dewey Butler, grandfather to a young suspect accused of sex crimes.

Over time, Larson came to accept that he would forever be known as the actor who played star reporter Clark Kent’s hapless young sidekick on the Adventures of Superman TV series. Once asked about his typecasting, Larson replied that he felt completely at peace with it. “You are blessed in life if you can give people pleasure and happiness. That’s all I’ve ever tried to do with my work.’

“If I’ve learned anything from my career, it’s that you don’t really know the value of what you’re doing. So, you had better do your best with whatever is at hand. You never know what will outlive you,” he said.

Larson was preceded in death by his life partner, the Academy Award-nominated screenwriter and director James Bridges, whose credits included The China Syndrome and The Paper Chase. Bridges died in 1993.

Until his death, Larson owned and resided in the Frank Lloyd Wright-designed George Sturges House located in the affluent Brentwood section of Los Angeles. 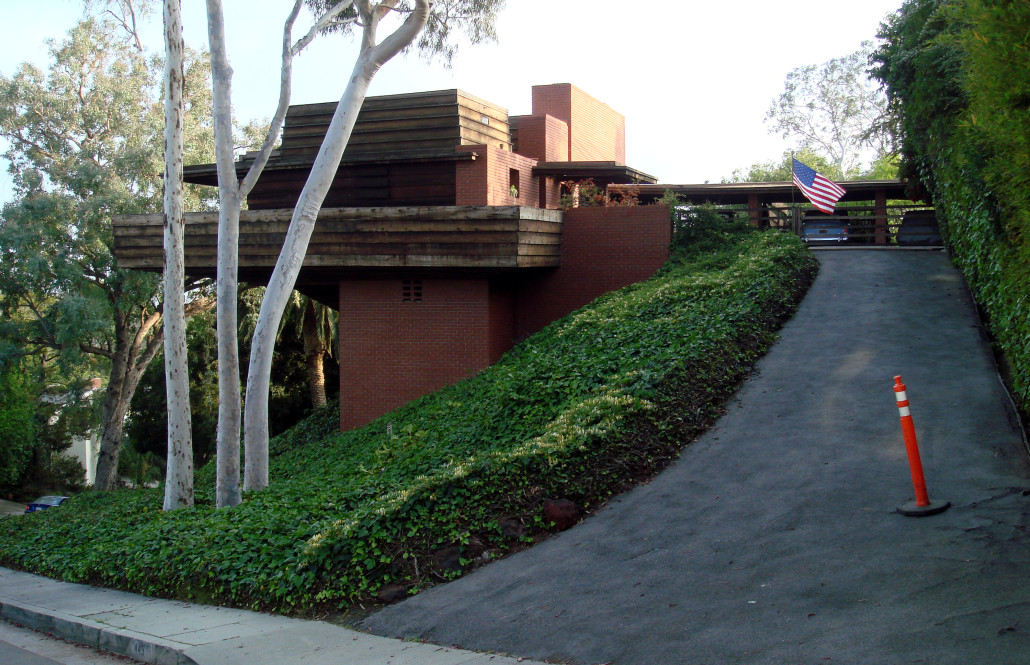 Frank Lloyd Wright’s Sturges House, built in 1939 in Los Angeles, California, and the private residence of Jack Larson until his death on Sept. 20, 2015. Photo by Bob Ha’Eri. licensed under the Creative Commons Attribution 3.0 Unported license.