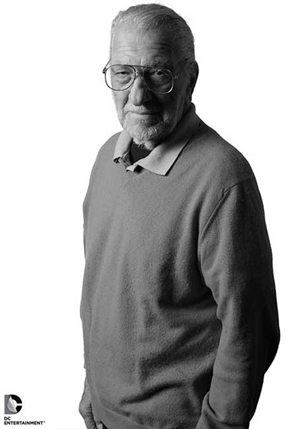 NEWARK, N.J. – From the Golden Age Hawkman to the current Before Watchmen: Night Owl, his artwork made comic pages come to life for untold millions of readers. Now Joe Kubert, the man who entertained those readers with his comic book artwork and taught so many others to do the same, has passed away on Sunday, Aug. 12, 2012 at age 85.

“Joe Kubert passed away today — a presence in my life from his beautiful artwork in the comics of my childhood, his generosity while I was doing The Comic Reader, literally decades of working together in many combinations including the joy of having him illustrate my scripts and seeing our relationship grow into friendship,” said former DC Comics President and Publisher Paul Levitz.

“I had the privilege of interviewing Joe recently for the new Taschen volume, and the voice that came through was a man more gracious to his teachers and more filled with the belief that he was lucky to have spent his life doing what he loved than could be imagined…sentiments that were of his essence,” he said.

“The world of comics is so much better for his contributions as an artist, a pioneering self-publisher, editor, writer and teacher,” he said.

Kubert was born in Jezierzany, Poland in 1926. He was reportedly only two months old when his family moved to New York, where his father was a kosher butcher. Encouraged to draw by his parents, he eventually found his first work in comics somewhere between ages 10 and 13 (it varied with his many tellings of the story).

“Kubert spent most of his career working for DC Comics, developing his kinetic line and exquisitely weighted cross-hatchings that defined his signature style. The artist-writer became most associated with Sgt. Rock and Enemy Ace and Hawkman and the prehistoric Tor — on his way to becoming a master of action and the recognized leader in ‘war comics.’ He also had a stellar run on Tarzan,” wrote Washington Post blogger Michael Cavna.

“If you’ve ever met Joe Kubert, you were immediately struck by his warmth and sincerity (oh, and that bone-breaking handshake of his!). Kind of like John Wayne with the talents of Rembrandt and Norman Rockwell,” DC Comics’ Mark Chiarello wrote in his introduction to the Sgt. Rock Archives – Volume 3.

“Joe’s impressionistic style, with its lush brushstrokes and slashing blocks, brought the character of Rock off Kanigher’s typewritten pages and into reality. Kubert’s haunting portrayal of war and the men who fought it were distilled through the eyes of the battle-weary Rock,” he wrote.

Although no remembrance of Kubert would be complete without mentioning Sgt. Rock – as no description of Rock could fail to include the artist – it was very far from being his only magnum opus or only lasting contribution.

“Kubert was also a pioneer in art instruction, opening The Joe Kubert School of Cartoon & Graphic Art in 1976. Now known simply as The Kubert School, the institute has turned out several well-known artists including Amanda Conner, Shane Davis, Dave Dorman, Steve Bissette, Jan Duursema, Scott Kolins, Rags Morales, and Alex Maleev, among many, many others. The two most famous of his students are his sons, Adam and Andy, who also teach at the school today,” Michael Melchor wrote for Examiner.com.

He rarely seemed to stop pushing the medium for what it was worth. He illustrated the acclaimed, deeply human graphic novel Fax from Sarajevo. He wrote and illustrated a personal “what if” in Yossel April 19, 1943, which explored what might have happened if his Jewish family had remained in Poland rather than reaching the United States. He revisited Sgt. Rock on different occasions, and he took on commercial projects such as the U.S. Army’s P.S. Magazine.

“If it seems that Joe Kubert’s work has always been a part of our lives, that’s because for almost all of us it has. His dedication to his craft, his instruction of others, and his expectation of excellence have created so many examples of what comic book art can be that there would never be enough time to repay him for what he has given us,” said Diamond Comic Distributors President and CEO Steve Geppi. “My condolences to his children, Andy, Adam, David, Danny, and Lisa, to his friends, colleagues and many fans.”

“The term ‘legend’ is thrown around in our industry too easily. It’s easy to see that this is the case when we need to describe an actual legend, such as Joe Kubert. A Polish immigrant who started working in the industry at age 12, he left this world with projects still in the pipeline and more of his vibrant, evocative line work not yet in print. In between those two points, he illustrated thousands of pages and taught hundreds of students his craft. He not only represents comic book success, but the best of the American experience. He came here, succeeded, built a family and a legacy, and then he shared that with others,” said Melissa Bowersox, President of Geppi’s Entertainment Museum.

“By scratching and brushing out stories filled with astounding, organic draftsmanship and passion, Joe Kubert helped change the face of comic books from mere funny books to a grown up and thought-provoking fine art that inspired pop culture. Viking Prince, Hawkman, Tor, Tarzan, Superman, Batman, Enemy Ace, Unknown Soldier, Sgt. Rock… his list of credits, like his astonishing storytelling prowess, is unsurpassed,” Sgt. Rock: The Lost Battalion writer-artist Billy Tucci said. “As an educator, mentor and generous torchbearer who championed creator rights, Joe was simply the artistic inspiration for many of us. But most importantly, he was a devoted family man, beloved by his family, friends, students and millions and millions of admirers. You are our hero Joe, and you’ll be terribly missed, but we are forever grateful for the gift you’ve given us all and the fact that you’re reunited with Muriel…”

“Joe Kubert’s cover for The Overstreet Comic Book Price Guide #5 from 1975 is not only still popular with collectors, it remains the standard against which most of our other cover artists evaluate their own work,” said author and publisher Robert M. Overstreet. “His legacy is and likely will remain unrivaled.”

“I had the good fortune of interviewing Joe on my radio show, ComicZoneRadio.com,” said Vincent Zurzolo, Chief Operating Officer of Metropolis Collectibles and ComicConnect.com. “I also worked with Joe Kubert and John Romita, Sr on a charity art auction for victims of Hurrican Katrina. Together we brought in over $8,000. He was a great talent, a generous and good natured man, and never lost his touch when drawing. He will be missed.”

“For those of us who knew him personally, as well as those of us who knew him primarily for his remarkable talent and impact on our industry over the years, Joe Kubert was part of the DC family. On behalf of our executive team, as well as everyone at DC Entertainment who cares about Joe and the whole Kubert family, we send our prayers, our sympathy and our deepest appreciation for everything he’s contributed to comics over the course of his life and career. Until the very end, Joe was creating art that will live on for generations and we will all miss him deeply,” DC co-publishers Dan DiDio and Jim Lee said in a statement.

“Last night, I was just shocked and almost numbed by the news. As the day has progressed, I’ve felt an ever increasing sense of sadness and loss. Yet at the same time I feel a joy for the privilege for having known and been influenced by his work, his life and their presence in my own work and life. It’s pretty simple, you see: If it weren’t for Joe, I wouldn’t have a career or do what I do,” writer-artist Tim Truman posted on his Facebook page.

“Through Joe and his school, I learned my craft. He gave me my first job in the field. He helped instill my work ethic, professionalism and approach to business. From my grade school days and ever after, he was and is my single greatest influence in comic illustration and storytelling. While my efforts will never, ever match his, the influence of his style on mine has remained ever-present and steadfast,” he said.

Auction Central News International wishes to thank the writer of this tribute, J.C. Vaughn, and Gemstone Publishing’s ‘Scoop’ for sharing this article and its accompanying images. 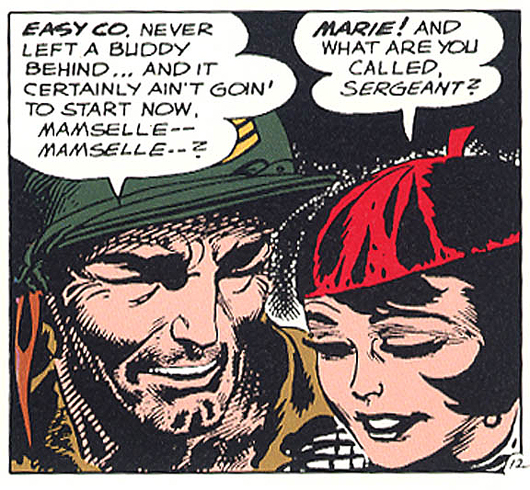 A panel from ‘Sgt. Rock,’ drawn by Joe Kubert. 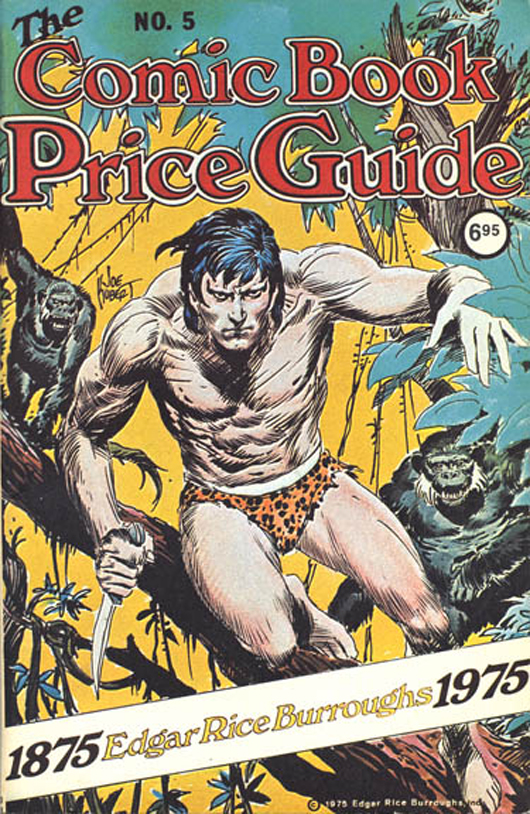 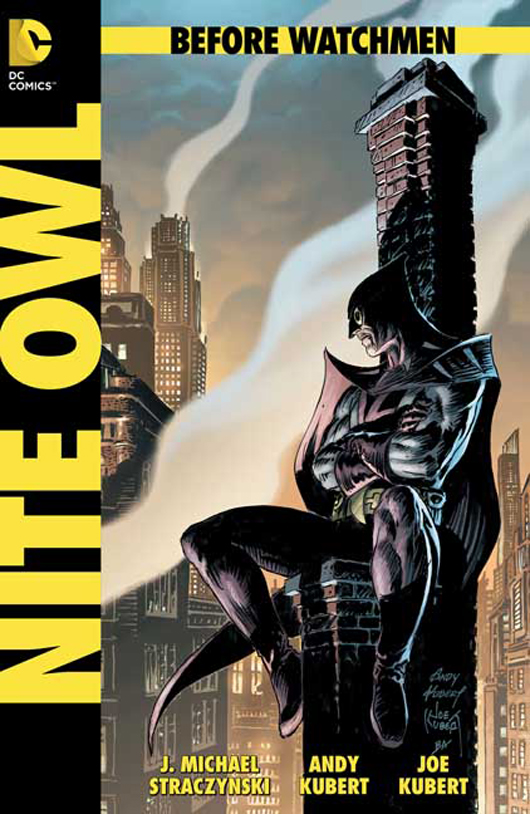