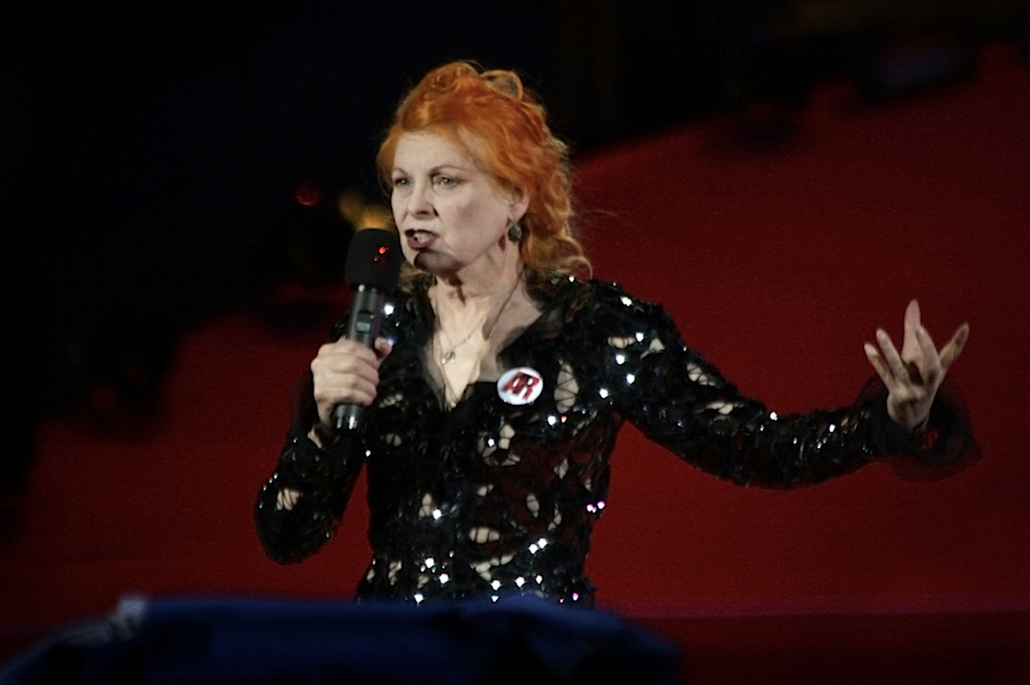 LONDON (AP) – Vivienne Westwood, an influential fashion maverick who played a key role in the punk movement, died December 29 at 81. Westwood’s eponymous fashion house announced her death on social media platforms, saying she died peacefully. A cause of death was not disclosed.

“Vivienne continued to do the things she loved, up until the last moment, designing, working on her art, writing her book, and changing the world for the better,” the statement said. “She led an amazing life. Her innovation and impact over the last 60 years has been immense and will continue into the future.”

Westwood’s fashion career began in the 1970s with the punk explosion, when her radical approach to urban street style took the world by storm. But she went on to enjoy a long career highlighted by a string of triumphant runway shows in London, Paris, Milan and New York.

The name Westwood became synonymous with style and attitude even as she shifted focus from year to year. Her range was vast and her work was never predictable.

As her stature grew, she seemed to transcend fashion, with her designs shown in museum collections throughout the world. The young woman who had scorned the British establishment eventually became one of its leading lights, and she used her elite position to lobby for environmental reforms even as she kept her hair dyed the bright shade of orange that became her trademark.

Andrew Bolton, curator of the Costume Institute at the Metropolitan Museum of New York, said Westwood would be celebrated for pioneering the punk look, pairing a radical fashion approach with the anarchic punk sounds developed by the Sex Pistols, managed by her then-partner, Malcolm McLaren.

“They gave the punk movement a look, a style, and it was so radical it broke from anything in the past,” he said. “The ripped shirts, the safety pins, the provocative slogans. She introduced postmodernism. It was so influential from the mid-70s. The punk movement has never dissipated – it’s become part of our fashion vocabulary. It’s mainstream now.”

Westwood’s long career was full of contradictions: She was a lifelong rebel who was honored several times by Queen Elizabeth II. She dressed like a teenager even in her 60s and became an outspoken advocate of fighting global warming, warning of planetary doom if climate change was not controlled.

In her punk days, Westwood’s clothes were often intentionally shocking: T-shirts decorated with drawings of naked boys, and so-called “bondage pants” with sadomasochistic overtones were standard fare in her popular London shops. But Westwood was able to make the transition from punk to haute couture without missing a beat, keeping her career going without stooping to self-caricature.

“She was always trying to reinvent fashion. Her work is provocative, it’s transgressive. It’s very much rooted in the English tradition of pastiche and irony and satire. She is very proud of her Englishness, and still she sends it up,” Bolton said.

One of those transgressive and contentious designs featured a swastika, an inverted image of Jesus Christ on the cross and the word “Destroy.” In an autobiography written with Ian Kelly, she said it was meant as part of a statement against politicians torturing people, citing Chile’s Augusto Pinochet. When asked if she regretted the swastika design in a 2009 interview with Time magazine, Westwood said no.

“I don’t, because we were just saying to the older generation, ‘We don’t accept your values or your taboos, and you’re all fascists,'” she responded. 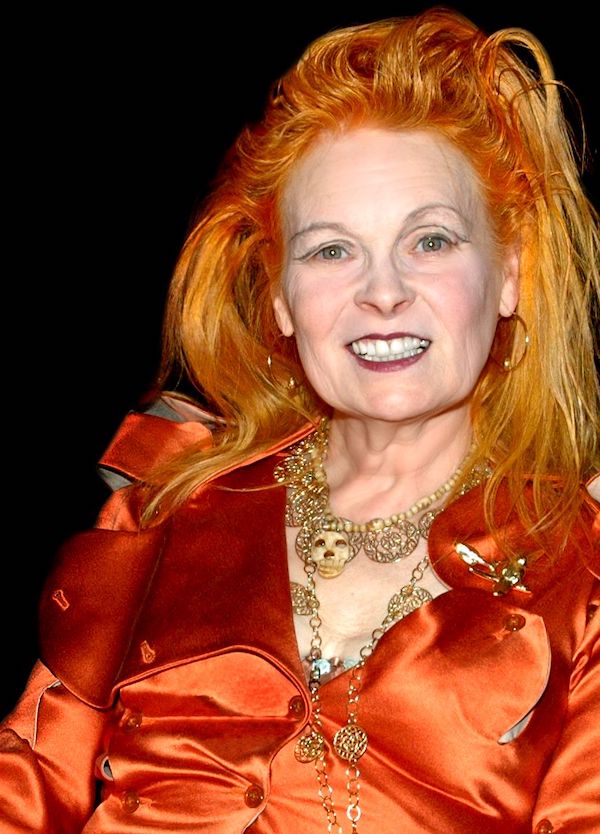 She approached her work with gusto in her early years, but as time passed, she seemed to tire of the clamor and buzz. After decades of designing, she sometimes spoke wistfully of moving beyond fashion so she could concentrate on environmental matters and educational projects.

“Fashion can be so boring,” she told The Associated Press after unveiling one of her new collections at a 2010 show. “I’m trying to find something else to do.” At the time, she was talking up plans to start a television series about art and science.

Her runway shows were always the most chic events, drawing stars from the glittery world of film, music, and television who wanted to bask in Westwood’s reflected glory. But still she spoke out against consumerism and conspicuous consumption, even urging people not to buy her expensive, beautifully made clothes.

“I just tell people, stop buying clothes,” she said. “Why not protect this gift of life while we have it? I don’t take the attitude that destruction is inevitable. Some of us would like to stop that and help people survive.”

Westwood was a self-taught designer with no formal fashion training. She told Marie Claire magazine that she learned how to make her own clothes as a teenager by following patterns. When she wanted to sell 1950s-style clothes at her first shop, she found old clothes in markets and took them apart to understand the cut and construction.

“It was not a very efficient way of making clothes, but it was a great way for me to build up my technique,” she told the magazine.

Westwood was born in the Derbyshire village of Glossop on April 8, 1941. Her family moved to London in 1957 and she attended art school for one term.

She met McLaren in the 1960s while working as a primary school teacher after separating from her first husband, Derek Westwood. She and McLaren opened a small shop on the King’s Road in Chelsea in 1971, the tail end of the Swinging London era ushered in by the Beatles and the Rolling Stones.

The shop changed its name and focus several times, operating as “SEX” – Westwood and McLaren were fined in 1975 for an “indecent exhibition” there – and “World’s End” and “Seditionaries.”

“Vivienne is gone and the world is already a less interesting place. Love you Viv,” tweeted Chrissie Hynde, the frontwoman of the Pretenders and a former worker at the couple’s store.

Westwood moved into a fresh type of designing with her Pirates collection, exhibited in her first catwalk show in 1981. That breakthrough is credited with taking Westwood in a more traditional direction, showing her interest in incorporating historical British designs into contemporary clothes.

It was also an important step in an ongoing rapprochement between Westwood and the fashion world. The rebel eventually became one of its most celebrated stars, known for reinterpreting opulent dresses from the past and often finding inspiration in 18th-century paintings.

But she still found ways to shock: Her Statue of Liberty corset in 1987 is remembered as the start of “underwear as outerwear” trend.

She eventually branched out into a range of business activities, including an alliance with Italian designer Giorgio Armani, and developed her ready-to-wear Red Label line, her more exclusive Gold Label line, a menswear collection and fragrances called Boudoir and Libertine. Westwood shops opened in New York, Hong Kong, Milan and several other major cities.

She was named designer of the year by the British Fashion Council in 1990 and 1991.

Her uneasy relationship with the British establishment is perhaps best exemplified by her 1992 trip to Buckingham Palace to receive an Order of the British Empire medal from Queen Elizabeth II: She wore no underwear, and posed for photographers in a way that made that abundantly clear.

Apparently the queen was not offended: Westwood was invited back to receive the even more auspicious designation of Dame Commander of the British Empire – the female equivalent of a knighthood – in 2006.

Westwood is survived by her second husband, Austrian-born Andreas Kronthaler, and her two sons.