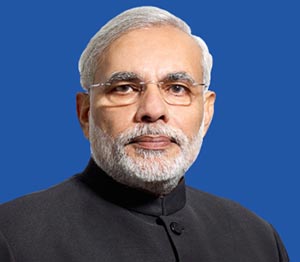 The money raised in the three-day auction of the suit and hundreds of other gifts received by Modi will be used to clean up the heavily polluted Ganges River.

Opposition leaders attacked Modi for his extravagance in wearing a suit that was estimated to cost more than 1 million rupees ($16,000).

Ajay Maken, a leader from the opposition Congress Party, said the decision to auction the suit was a “damage-control exercise” after Modi was criticized for wearing such expensive clothing.

During the recent campaign for elections in Delhi, the Aam Aadmi Party, or Common Man’s Party, highlighted Modi’s exorbitant tastes to campaign against his Bharatiya Janata Party, accusing the prime minister of having lost touch with millions of poor people in India. The Common Man’s Party won with an overwhelming majority.

By Wednesday afternoon, the highest bid received for the suit was more than 12 million rupees ($193,000), officials said. The auction is scheduled to conclude on Friday.

Gujarat official Milind Toravane said the suit and other items were gifts received by Modi after he became prime minister in May. The gifts include decorative pieces in silver and brass, among other items.

During Modi’s 2001-2014 stint as chief minister of Gujarat, the gifts he received were regularly auctioned off and the money collected used to fund programs for the education of girls in the state.

No base price had been set for the suit, Toravane said.