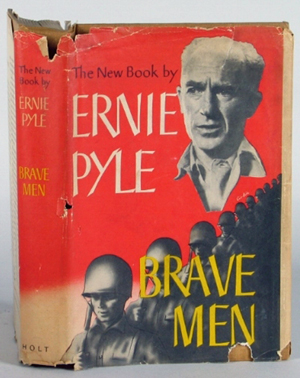 A bronze statue of the famed World War II journalist on the Bloomington campus of Indiana University misspells the word “correspondent” by dropping an “r.”

University officials found the mistake Wednesday, two days before the sculpture is to be formally dedicated, the Herald-Times reported.

Sculptor Tuck Langland says it won’t be easy to correct the misspelling, which is located on Pyle’s jacket, but it will be done – just not by Friday.

The statue depicts Pyle sitting on an ammunition box with his typewriter, notes and a coffee cup on a table. Langland has said the scene is meant to show how Pyle spent so much time during the war with average soldiers.

The school commissioned the larger-than-life piece as a way to pay tribute to Pyle, who attended the university in the 1920s. It sits outside Franklin Hall, the future home of the Indiana University Media School.

It’s not the first time an object inspired by Pyle’s heroism has needed a correction. In 2002, toy maker Hasbro Inc. produced new packaging for a G.I. Joe doll modeled after the war correspondent because the original packaging said Pyle attended Indiana State University.

Pyle, who grew up near Dana, Ind., left Indiana University in 1923, just short of finishing a journalism degree.

He was a roving columnist for the Scripps Howard newspaper chain during World War II, reporting on the lives of front-line soldiers fighting across North Africa, Italy and France. He was covering the war in the Pacific when he was killed on April 18, 1945, by Japanese machine-gun fire.

Information from: The Herald Times, http://www.heraldtimesonline.com 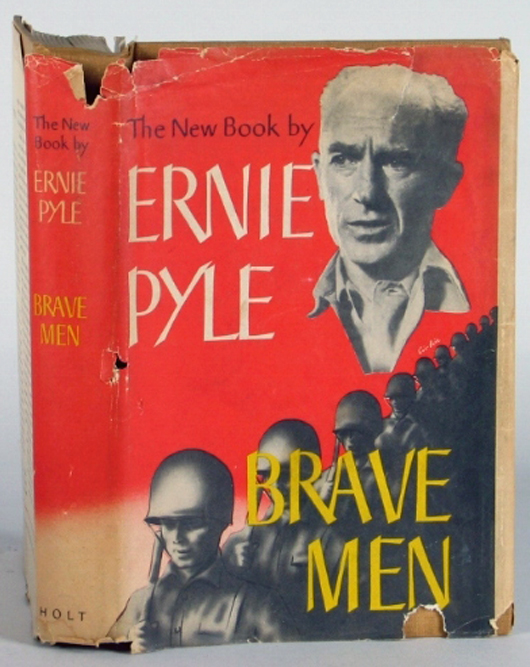