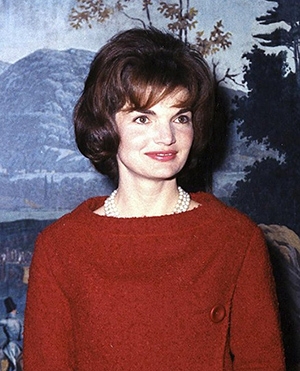 First Lady Jacqueline Kennedy in the Diplomatic Reception Room, Dec. 5 1961. Photo by Robert Knudsen, in the public domain in the United States.

BOSTON (AP) – Jacqueline Kennedy’s letters to an Irish priest written over a 14-year correspondence have revealed new details about the closely guarded thoughts of the fiercely private former first lady, including her questions of faith following the assassination of President John F. Kennedy.

The more than 30 letters, first reported in The Irish Times, were written to the Rev. Joseph Leonard and discovered hidden at All Hallows College in Dublin this year.

They were sold to an expert in rare books, Owen Felix O’Neill, and are scheduled to be auctioned by Sheppard’s Irish Auction House in County Laois, Ireland, next month where they could fetch up to $1.6 million. Internet live bidding will be available from anywhere in the world through LiveAuctioneers.


In 1950, then Jacqueline Bouvier, she first met Leonard on a trip to Ireland. She met Leonard, a family friend, in person just one more time, in 1955, after she had married the then-U.S. Sen. John F. Kennedy of Massachusetts. She described it as a “fairytale visit.”

They corresponded regularly until Leonard’s death in 1964. She sometimes disclosed her innermost thoughts, but on other occasions, especially early on, was more lighthearted, discussing arts and literature and her personal life.

In one early letter, she said that Leonard, who was so different from the priests she had met in the U.S., helped renew her commitment to her Catholic faith.

“I terribly want to be a good Catholic now and I know it’s all because of you,” she wrote.

But in a letter dated January 1964, a few months after the assassination of John F. Kennedy, she appears to question that very faith and asks why God would take her husband. “I am so bitter against God,” she wrote.

Additional excerpts from the letters:

– In her first letter to Leonard, after he had chaperoned her around Dublin, she said she was “miserable at leaving Ireland.”

– Leonard also made the 1955 visit with Sen. Kennedy memorable. “You will never know how much our visit meant to both of us – of all the places we’ve ever been together that was – always will be – the best. And why? All because of one person whom there is no one else like on this earth – you.”

– In a 1952 letter, she describes some of her early impressions about her future husband. “I think I’m in love with – and I think it would interest you – John Kennedy – he’s the son of the ambassador to England – the second son – the oldest was killed. He’s 35 and a congressman.”

– In a later letter she described his ambition and their courtship. “He hurt me terribly when he was campaigning and never called up for weeks. I think he was as much in love with me as he could be with anyone and now maybe he will want to get married because a senator needs a wife, but if he ever does ask me to marry him it will be for rather practical reasons – because his career is this driving thing with him.”

– On marriage itself: “After a year, I love being married much more than I did even in the beginning.”

– Jacqueline Kennedy struggled with the president’s death. “I think God must have taken Jack to show the world how lost we would be without him – but that is a strange way of thinking to me.” She later added with a touch of humor: “God will have a bit of explaining to do to me if I ever see him.”

The online catalog will be available to view soon at www.LiveAuctioneers.com.


Copyright 2014 Associated Press. All rights reserved. This material may not be published, broadcast, rewritten, or redistributed 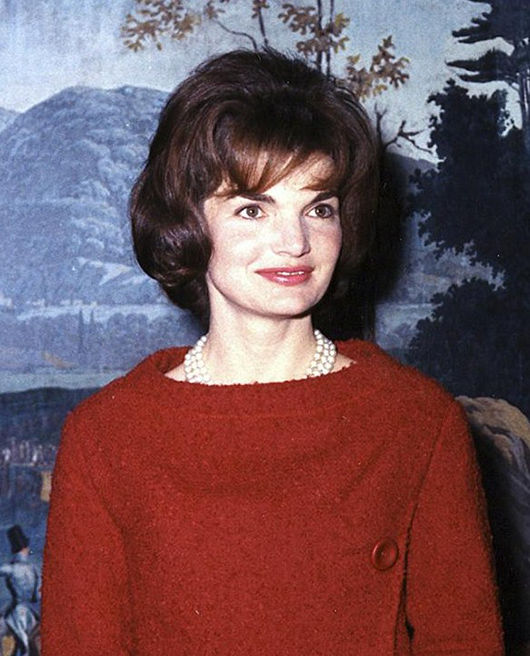 First Lady Jacqueline Kennedy in the Diplomatic Reception Room, Dec. 5 1961. Photo by Robert Knudsen, in the public domain in the United States.