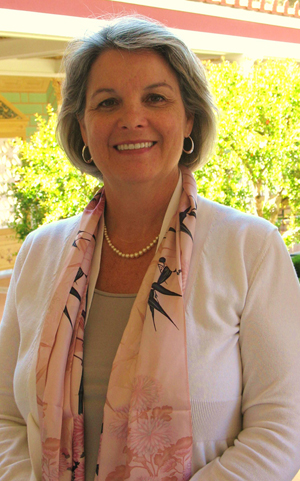 Karol Wight. Image courtesy of the Corning Museum of Glass.

CORNING, N.Y. – Karol Wight, senior curator of antiquities at the Getty Villa and internationally renowned specialist in Roman glass, has been  named the next executive director of the Corning Museum of Glass, the world’s foremost museum dedicated to the art, history, and science of glass. Wight will succeed David Whitehouse, who has been executive director of the Museum since 1999.

Currently head of the Department of Antiquities of the J. Paul Getty Museum, located at the Getty Villa in Malibu, Calif., Wight will assume her new post on Aug. 15. At the Corning museum, she will oversee its 45,000-object collection – the world’s most important glass collection including the finest examples of glassmaking across centuries and cultures – as well as its studio, library, programming and publications.

Whitehouse will continue his research and contributions to the museum by serving as senior scholar. The two collaborated in 2007 as co-curators of the major exhibition “Reflecting Antiquity: Modern Glass Inspired by Ancient Rome,” which was presented at the Corning Museum and the Getty Villa. Wight will be joining a management team led by president Marie McKee, who will continue to oversee Museum administration and help to define institutional strategy.

“As one of the foremost experts in the field, Karol brings experienced leadership, a keen curatorial eye, and deep knowledge of the artistry and history of glass to her new position,” said McKee. “We have been working with Karol over the past few months to plan this transition, and we are confident that she will build on the strong foundation of David’s remarkable legacy as the Museum looks ahead to a period of growth.”

In her 26-year tenure at the Getty, Wight, 52, grew from a graduate intern to become the senior curator of antiquities at the Getty Villa, the Getty Museum’s site dedicated to the study and display of its antiquities collection. She has organized numerous exhibitions exploring glass from antiquity and its enduring impact, and has published widely on the topic. Her book on ancient glassmaking techniques, Molten Color, Glassmaking in Antiquity, was published by the Getty this May.

Wight helped to oversee a $275 million renovation, expansion and reinstallation at the Villa and was instrumental in helping to create a revised acquisitions policy to ensure responsible collections development for antiquities at the Getty Museum. She has taken a key role in facilitating a successful restitution program with Italy that encompasses cultural exchanges of works of art, exhibition development, conferences and conservation projects. She received her Ph.D. from the art history department at the University of California, Los Angeles, and is a member of several international associations for the study of glass.

“I have been studying the ancient Roman glass collections at the Corning Museum since I began my dissertation research in the late 1980s, and have known the talented staff there for years,” said Wight. “I was drawn to this position not only because of the museum’s exceptional collections, but also because of its innovative public programs, on site and in the field, that help bring the art of glass to life. The museum has created a truly dynamic and engaging experience for visitors, and I look forward to working closely with my new colleagues to continue sharing the wonders of glass with the world. After the Getty, Corning has always been my second museum home.”

During his 27 years at the museum, Whitehouse has contributed to significant institutional advancement, growing its collections by more than 40 percent and leading a renovation and expansion, completed in 2000. In his role as curator of ancient and Islamic glass, he has published 15 volumes and organized nine exhibitions.