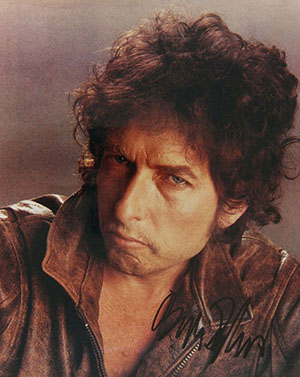 How many roads must a man walk down – before he becomes the subject of a major university archive devoted to helping researchers discern the meaning of his every move and utterance?

The answer, my friends, ain’t blowin’ in the wind.

The answer is at La Salle University, which runs what it believes to be the nation’s only academic collection focused on songwriter, poet, and troubadour Bob Dylan.

“They have hundreds, maybe even thousands, of recordings of Bob that aren’t readily available,” said Mark Sutton, an Australian who this year completed a doctorate on Dylan at the University of Sydney.

Sutton, writer of the tongue-in-cheek, guitar-and-vocal homage “I’m a Bigger Dylan Fan Than You,” saw Dylan perform 13 times just this year. He visited La Salle on what he called “a Dyl-grimage,” also traveling to see the singer’s old New York City haunts and his hometown in Hibbing, Minn.

The collection holds 80 works of criticism and interpretation of Dylan’s music, 40 books of scores and indexed lyrics, and eight separate periodicals devoted solely to the artist. Its 30 theses include 20 doctoral dissertations from colleges worldwide.

Fans in search of a little light reading before the academy concerts can dive into papers such as “The Alchemy of Individuation: A Case Study of Bob Dylan” and “Folksinger and Beat Poet: The Prophetic Vision of Bob Dylan.”

“There’s some real obscure stuff in there,” said Haddonfield author David Kinney, who conducted research at the archive for his book The Dylanologists: Adventures in the Land of Bob.

Kinney was interested in reading dissertations. And amused to find Dylan bootlegs stored in the same secure chamber as the university’s invaluable collection of rare Bibles.

If it seems odd to find a Dylan center at La Salle – the Catholic liberal-arts school in the city’s Logan section – that’s because it is. In fact, it’s odd for any academic institution.

“Rare books and manuscripts (departments) at universities are pretty risk-averse of what might be faddish, so they shy from contemporary collections,” said John Baky, La Salle’s director of libraries.

But the idea of having a Dylan archive at La Salle, he said with no hint of musical irony, “struck a note.”

The school has embraced modern collecting, including the development of a compilation on the Vietnam War.

Dylan is now 73, and in many ways more popular than ever. About 20 years ago, Baky noticed the singer wasn’t disappearing from the culture. If anything, he was getting more attention with each passing year – unusual for musicians, whose careers often flare and fade.

Baky also knew that prices for Dylan-related paraphernalia would only rise. So he began to gather items, accept donations, and buy what he could.

“Dylan, to me, was a cultural phenomenon, and if we didn’t get the material contemporaneously, we were never going to get it,” he said.

Today, hundreds of people connect to the archive via the Internet each year, though perhaps only 10 physically show up. They’re authors, researchers, aficionados.

“It’s an incredible resource of musical material – all the Bob Dylan material is there, including covers of Bob Dylan by other artists,” said La Salle English professor Stephen Smith, who drew on the archive to create a course, “Dylan and the ’60s.”

The class emerged from his interest in the relationship between lyrics and poetry, an intersection familiar to Dylanophiles.

“I stayed away from the ‘spokesman for a generation’ stuff,” Smith said. “I don’t know if he reflected what was happening in American society as much as he predicted it.”

Remember, he said, Dylan released “Blowin’ in the Wind,” which became an antiwar anthem, nearly two years before U.S. troops landed in Vietnam. And in 1969, with the nation riven by the war, he put out a country album, Nashville Skyline.

La Salle does not place a dollar value on the collection. But cost dictates much of what it can afford to add. Prices for sought-after Dylan material have soared, and even the stuff that’s commonly available – original records, signed covers, or art prints – can cost thousands of dollars on auction sites.

Weirdly, the Dylan market has in a way worked in reverse.

Consider: Beatlemania drove a giant marketing effort that produced dolls, lunch boxes, and plastic guitars. Sales shrank as the band matured over time. Dylan, on the other hand, avoided the mass merchandising that could have accompanied his initial success in the 1960s. But now, older, he’s pumping out all manner of merchandise.

People sometimes seek to sell their collections to La Salle, like the Danish fan who offered more than 900 Dylan items. Archive directors loved his European concert posters, but already had much of the rest. The seller insisted on all or nothing, so no deal was struck.

The archive seeks goods that are useful for research, which tend to be print- and sound-related, while trying to discern what will be important in 50 or 100 years.

“You have to be very savvy,” said special-collections librarian Sarah Seraphin, who helps decide how the archive should grow.

She’s fascinated by the academic interest in Dylan but not a fan of his music.

Baky describes himself as a fan but not a superfan, interested in Dylan mostly from an archival perspective. He explored getting tickets for Dylan’s recent Center City shows at the Academy of Music, where the best seats were selling for $600 or more on secondary markets, then opted against it.

The price was too high. 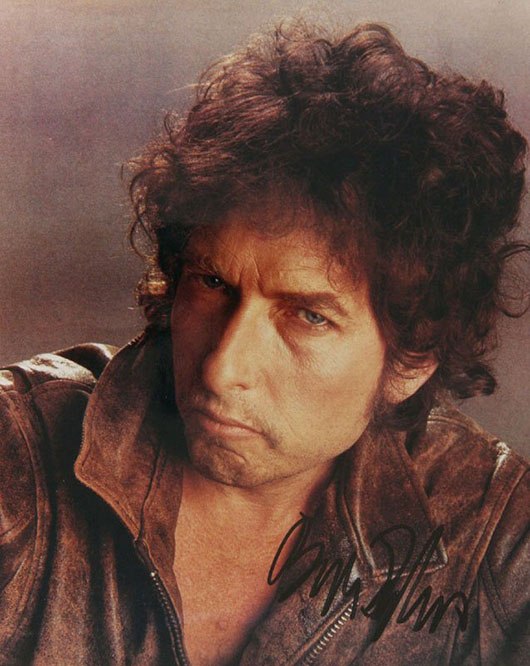