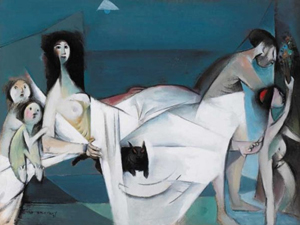 Dublin-born le Brocquy, who has received many accolades for his works, lived and worked in Britain and France before returning to his home city in 2000.

He is one of a small number of Irish and British artists whose works broke the million-pound barrier at auction during their lifetime.

A le Brocquy painting, “A Family,” bought by a businessman for 2.75 million euros ($3.63 million) was donated to Ireland’s National Gallery under a tax deal in 2002 and became the first work by a living artist acquired for the gallery’s permanent collection.

President Michael D. Higgins said le Brocquy had left a “truly great legacy” and his works were among Ireland’s “most cultural assets.”

Higgins said his pioneering approach to art, influenced by the European masters, was highly inspirational.

“Through painting, tapestry and print Louis le Brocquy has provided us with individual works and collections that give the insight and response of an artist of genius to Irish history, culture and society,” Higgins said.

Le Brocquy originally studied chemistry and in 1938, with no formal training, he left Ireland to study European art collections in London, Paris and Geneva.

His evocative portraits of literary figures, family and fellow artists, including W.B. Yeats, James Joyce and his friends Samuel Beckett, Francis Bacon, Seamus Heaney and U2 frontman Bono, have been widely acclaimed.

He was awarded France’s highest honour, the “Legion d’Honneur,” in 1975.

In 1998 he was the first artist to receive the IMMA/Glen Dimplex lifetime Achievement Award for a “sustained contribution to the arts in Ireland” and he also received Dublin’s highest accolade, the freedom of the city.

He is survived by his wife, the painter Anne Madden, and two sons. 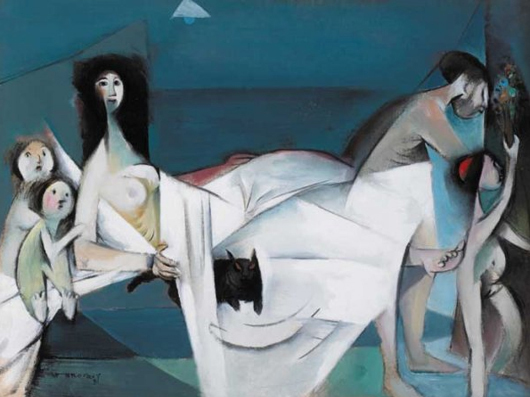