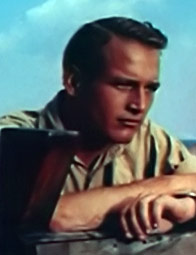 WESTPORT, Conn. – One of the cinema’s brightest and most beloved stars, Paul Newman, has passed away at age 83. According to a family spokesperson, Newman died on Friday night, Sept. 26, at his home in Westport, Connecticut. Newman had been battling lung cancer, which doctors diagnosed last year.

Not only was Paul Newman an accomplished star of more than 60 films, including Butch Cassidy and the Sundance Kid, The Sting, The Hustler, and the immortal Southern family drama Cat on a Hot Tin Roof, he also spent his adult life as a substantial contributor to charities and the arts. He founded Newman’s Own, a food company whose entire profits benefited numerous nonprofit organizations. Newman’s “Hole in the Wall” Camps enabled children with terminal illnesses to enjoy summer breaks in the country.

Published reports indicated Newman’s Own had donated more than $220 million to charity and other nonprofit groups involved in education and the arts. All this was in addition to the actor’s own personal generosity. In 2006, Newman’s personal income tax return revealed charitable donations for the year totaling more than $8.7 million.

It has further been reported that, sometime after receiving his cancer diagnosis, Newman quietly turned over his entire ownership stake in Newman’s Own to charity. It is believed that Nell Newman – daughter of Paul Newman and his wife of 50 years, Oscar-winning actress Joann Woodward – will take over as head of Newman’s Own.

A highly accomplished director and actor on stage and screen, Newman won an Academy Award, two Golden Globe Awards, a Screen Actors Guild Award, a Cannes Film Festival Award, and an Emmy award; as well as a coveted Kennedy Center Honor in 1992.

Newman was also a world-class racecar driver who owned his own award-winning open-wheel Indy Car racing team. He personally held several Sports Car Club of America national roadracing championships, and considered racing his escape. In 1979 he told People magazine: “Racing is the best way I know to get away from all the rubbish of Hollywood.”

Paul Leonard Newman was born on Jan. 26, 1925 in the prosperous Cleveland suburb of Shaker Heights, Ohio. He made his acting debut at age seven, in a school production of Robin Hood. Although he always had an interest in performing onstage, he also yearned to be an airplane pilot. While briefly a student at Ohio University, Newman signed up for a special program that would have qualified him for naval pilot training. His hopes were dashed when a physical exam revealed he was colorblind.

Undeterred by the setback, Newman joined the U.S. Navy during World War II and served as a radioman and gunner in the Pacific theater. After the war, he completed his university studies at Kenyon College, graduating in 1949 with a degree in English. He went on to study acting at Yale University School of Drama and at the New York studio of legendary acting teacher Lee Strasberg. Newman’s early roles on film included the lead in Somebody Up There Likes Me, a biography of boxer Rocky Graziano.

Newman enjoyed one of the longest and most varied careers of any contemporary screen star. Even after his announced retirement from acting, he retained a connection to the movie world by narrating a film about NASCAR driver Dale Earnhardt and providing the voice for a character in Pixar’s animated film Cars.

Paul Newman is survived by his wife, Joanne Woodward, an older brother, Arthur, and five daughters: Stephanie and Susan [from his first marriage], Elinor “Nell,” Claire and Melissa. Newman’s only son, Scott, died in 1978 of a drug overdose. In 1980, Newman established The Scott Newman Center in Torrance, Calif., in his son’s memory. The center’s goal is to educate young people about the dangers of drug abuse.