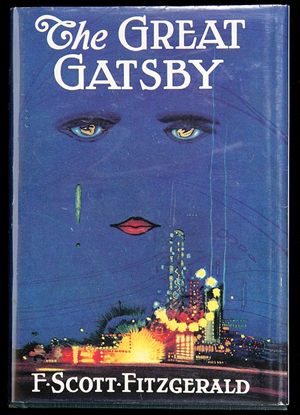 COLUMBIA, S.C. (AP) – An intriguing peek into the daily scribbles and life of author F. Scott Fitzgerald is now available online, just weeks before the opening of the movie The Great Gatsby.

Researchers from the University of South Carolina’s Thomas Cooper Library put a digital version of the famed author’s handwritten financial ledger on their website last week, making it available for the first time for all readers, students and scholars.

“This is a record of everything Fitzgerald wrote, and what he did with it, in his own hand,” said Elizabeth Sudduth, director of the Ernest F. Hollings Library and Rare Books Collection.

During a recent visit to the library’s below-ground rare-book vault, Sudduth took the original 200-page book out of its clamshell protective cover. The ledger’s yellowed pages—with Fitzgerald’s elegant, measured cursive strokes—are a throwback to life before computer spreadsheets. The ledger shows Fitzgerald’s tally of earnings from his works, the most famous of which is the novel The Great Gatsby. The ledger lists his many short stories, books, and adaptations for stage and screen.

With the May 10 release of a new “Gatsby” movie starring Leonardo DiCaprio, Sudduth says library officials expect an upswing in interest in its Fitzgerald collection. The ledger will be on display at the library for about a month starting May 6, Sudduth said.

The library’s Fitzgerald collection is considered the world’s most comprehensive, with more than 3,000 publications, manuscripts, letters, book editions, screenplays and memorabilia. It also includes Fitzgerald’s walking stick, briefcase and an engraved silver flask his wife gave him in 1918.

Some parts of the collection already are online. With the ledger’s move to the website and the timing of the movie, Sudduth said, officials hope to call more attention to the collection.

In the ledger, Fitzgerald lists in carefully laid out columns his various pieces of writing, the location they were printed, and the income they produced. Fitzgerald’s comments are sprinkled throughout. One describes the year 1919—when his first novel was accepted for publication and Zelda Sayre agreed to marry him, as—“The most important year of life. Every emotion and my life work decided. Miserable and ecstatic but a great success.”

By the time Fitzgerald started the ledger, Sudduth said, “he probably knew what he was doing. He left a space for his remarks, and then the final disposition.”

With a laugh, she noted: “We know he didn’t spell very well. And his arithmetic wasn’t much better.”

But the overall document, she said, “shows that he was far more on top of his affairs than people thought,” given a reputation in later life as a heavy drinker.

“He was keeping a record of his work for the future,” Suddeth said. “He kept it, he updated it.”

For the past 30 years, researchers have had to rely on a limited print facsimile of the ledger, which didn’t catch the varied inks and scripts in Fitzgerald’s hand.

“It may be a unique artifact among American authors,” Bucker said. “This is going to be an amazing thing for students to pore over and dip into. He created his own database. We do it on computers now, but he did it for himself,”

Bucker also said students are fascinated by seeing something a well-known author penned in his own hand.

Bucker pointed out that the ledger shows Fitzgerald made most of his income from short stories and that he was able to earn a living from his literary work. “It was the rarest of things, an author who made a living,” Bucker said.

In 1925, the ledger shows Fitzgerald earned less than $2,000 for the “Gatsby” book—the same amount he received for a single short story published in The Saturday Evening Post.

In later years, Fitzgerald added more earnings from The Great Gatsby. He sold the foreign motion picture rights for $16,666, as noted in the ledger. In another section, he lists about $5,000 in earnings from “Gatsby” when it ran as a play in New York, Chicago and elsewhere.

USC Professor Matthew Bruccoli began to acquire items for the Fitzgerald collection in the 1950s. He received some, including the ledger, from the author’s only child, daughter Frances Scott Fitzgerald, also known as Scottie. Bruccoli wanted the collection to be used as a teaching and research tool, and he gave it to the university in 1994.

Bruccoli has since died, but the collection has continued to grow. It is now is valued at more than $4 million, Sudduth said.

Susanne M. Schafer can be reached on Twitter at http://twitter.com/susannemarieap 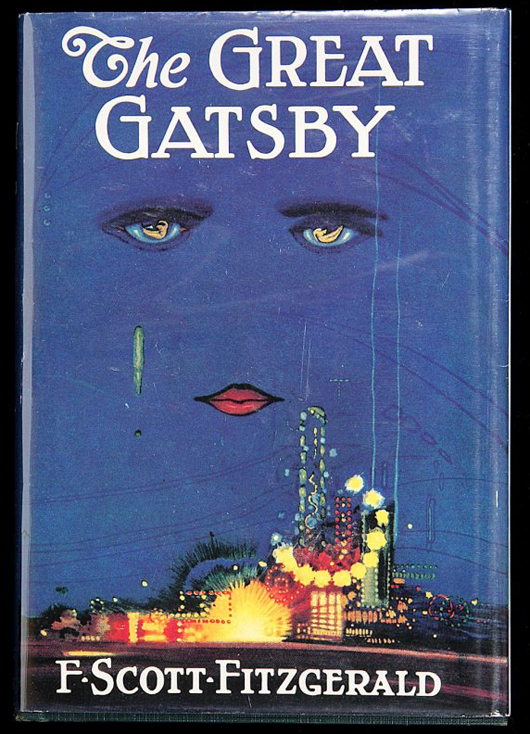 ‘Gatsby’ first edition sure to be best-seller at Heritage, Oct. 17