MADRID (AFP) – Scientists will start scanning Monday with radar the floor of a Madrid convent where they hope to find the body of Spanish writer Miguel de Cervantes, author of Don Quixote.

They said on Friday they were ready to begin searching in the Convent of Trinitarians to identify the writer, who died in poverty despite creating one of the landmarks of Western literature.

Cervantes is recorded as having died on April 22, 1616 and been buried a day later in the church of the red-brick convent, but the precise spot is now unknown.

“We have marked out an area to search. It seems logical that if he was indeed buried there, it was below the floor of the church,” said Francisco Etxeberria, a forensic anthropologist.

“The radar cannot tell you whether it is the body of the writer, but it can indicate the place of burial,” said the expert leading the first phase of the search, Luis Avial.

“The geo-radar can tell us that location … then comes the delicate work” by archaeologists and forensic scientists to exhume the body and identify it, he told a news conference.

Etxeberria said the searchers would also scan parts of the walls and the sacristy, in the floor of which there is a padlocked door thought to lead down to a crypt.

The work of scanning, exhuming and analyzing any remains found is due to last months, he added.

Another expert involved in the search, historian Fernando de Pardo, put the estimated cost of the project at about 100,000 euros ($138,000) overall.

If Cervantes’s remains are identified there, it is planned that he “remain buried in the church, but with a plaque that says he is there”, de Pardo added.

Born near Madrid in 1547, Cervantes has been dubbed the father of the modern novel for The Ingenious Gentleman Don Quixote of La Mancha, published in two parts in 1605 and 1615.

The convent is still inhabited by nuns and has been designated part of Madrid’s cultural heritage since 1921, complicating any effort to excavate in blind pursuit of Cervantes’ remains. 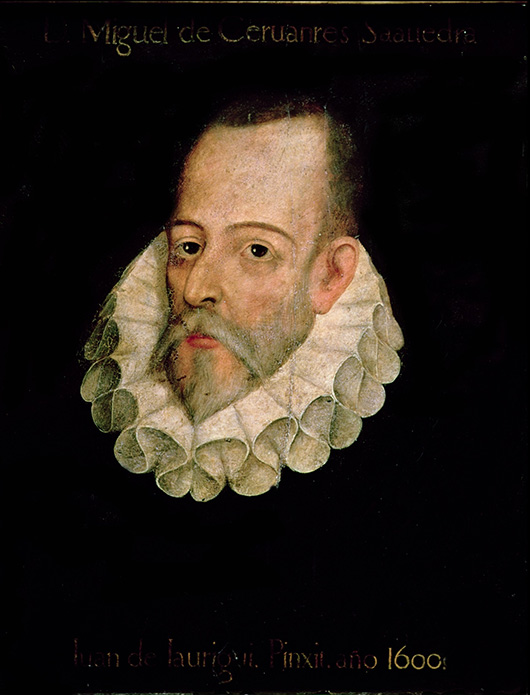