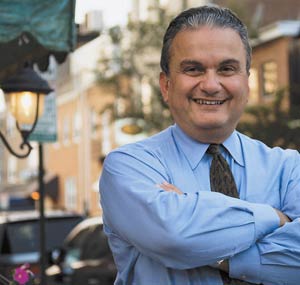 YORK, Pa. – Stephen A. Geppi, president and CEO of Diamond Comic Distributors and Geppi’s Entertainment Auctions – parent company of Morphy Auctions and Hakes Americana – has been elected to the York College of Pennsylvania Board of Trustees. Geppi will serve a three-year term on the board.

Born in the “Little Italy” section of Baltimore, Geppi left school as a young boy to support his mother. At nine, his first job was bundling comics and magazines for a local used magazine dealer; he opted to receive part of his compensation in comics. He opened Geppi’s Comic World in 1974 and soon expanded his business to four stores.  By 1982, with his distributor failing, he decided to move into distribution.

In just over a decade’s time, Geppi expanded his comic book distribution business to more than 28 cities across North America and Europe. Today Diamond Comic Distributors is the world’s largest distributor of English-language comics, serving as the exclusive distributor for many of the comic industry’s leading publishers including DC Comics, Marvel Comics, Dark Horse Comics and Image Comics.

In addition to his distribution business, Geppi’s business interests include Gemstone Publishing, Inc., publishers of the Overstreet Comic Book Price Guide, as well as other collectible price guides and Disney comics.  He is also owner and publisher of Baltimore Magazine and an investor in the Baltimore Orioles.

In January of 1995, Geppi opened Diamond International Galleries, a gallery devoted to comics, comic collectibles and related art.  He recently opened the Geppi’s Entertainment Museum at Camden Yards and has continued to expand his interests within the collectibles field with the addition of auction houses Hake’s Americana and Morphy Auctions.

A recipient of the U.S. Department of Commerce “International Achievement Award” as well as a 1993 “Entrepreneur of the Year for Maryland,” Geppi has been honored in his hometown for his professional accomplishments and philanthropy.  His has held board or committee positions for numerous organizations, including The Greater Baltimore Committee, The Johns Hopkins Heart Institute, The Maryvale Preparatory School, Pathfinders for Autism and The Cystic Fibrosis Foundation, of which he was formerly president.