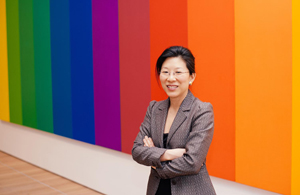 INDIANAPOLIS (AP) – As a curator at the St. Louis Art Museum, Tricia Paik kept tabs on her peers at the Indianapolis Museum of Art and even traveled to Indianapolis in 2012 to check out the Virginia B. Fairbanks Art & Nature Park – the site west of the IMA known as “100 Acres.”

“I made a pilgrimage specifically to Indianapolis to visit 100 Acres park,” Paik told The Indianapolis Star during a phone interview. “I was so impressed by what I saw.”

Future installations at 100 Acres are in the hands of Paik, announced Monday as the Indianapolis Museum of Art’s new curator of contemporary art.

Paik brings to Indianapolis a resume highlighted by work at New York’s Museum of Modern Art and the Metropolitan Museum of Art. She’s exiting the St. Louis museum, where she helped launch that museum’s outdoor Sculpture Garden in the role of associate curator of modern and contemporary art.

Paik, a 44-year-old native of Santa Monica, Calif., was a research assistant in the Met’s modern art department in the late 1990s. She worked at MoMA from 2000 to 2008, where she shepherded a high-profile exhibition of Georges Seurat drawings.

She said her time at MoMA continues to influence her work as a curator. Paik said the esteemed museum represents “just excellence across the board, whatever the projects were. Just really high standards of how you develop an exhibition to catalog production to exhibition design.”

With Paik’s hiring, IMA director and CEO Charles Venable has filled all curator positions on staff.

“I’m confident that (Paik’s) proven deep art historical knowledge and her dedication to contemporary artists, academic scholarship and community engagement will build upon the museum’s already robust contemporary art program and help move us forward in new and exciting ways,” Venable said in a statement.

In St. Louis, she oversaw recent exhibition “Postwar German Art in the Collection” and the 2013 installation of Yoko Ono’s “Wish Tree.”

“I’m first and foremost a trained art historian,” said Paik, a Dartmouth College graduate who earned both master’s and doctorate degrees from New York University. “What I endeavor to do with contemporary art is to look toward the future, but also look back to the past. To show our audiences how contemporary art fits in a trajectory of artistic production over the decades and centuries and across cultures.”

Earlier this month, the IMA hired Scott Stulen as the museum’s first-ever curator of audience experiences and performance. His track record at the Walker Art Center in Minneapolis includes the surprise success of the Internet Cat Video Festival, which brought 10,000 people together in a field in 2012 and then 11,000 paying customers at the 2013 Minnesota State Fair.

Paik said she plans to join the IMA staff this summer, after she gives attention to a writing project.

Information from: The Indianapolis Star, http://www.indystar.com 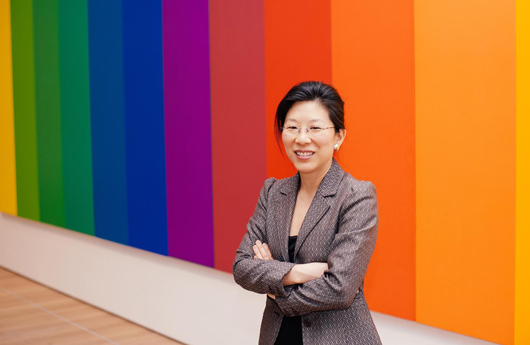