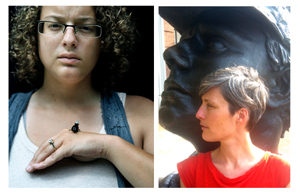 DALLAS – Noted national artist/educators Mary Walling Blackburn and Brittany Ransom have been appointed to faculty positions in the Division of Art at SMU Meadows School of the Arts, beginning in fall 2012. Blackburn, a New York-based artist and writer known for conceptually dense, multi-disciplinary projects, will be assistant professor of art and urbanism. Ransom, whose practice centers on art/technology and interactive installations, will be assistant professor of digital/hybrid media and video art.

“With the addition of Mary Blackburn and Brittany Ransom, the Division of Art is beginning its next phase of development,” said Michael Corris, chair of the Division of Art. “Mary will be spearheading our new art and urbanism program and contribute to teaching at all levels. She will be introducing new courses on art in the context of the city, which means our students will be able to engage with the very fabric of Dallas as a laboratory for visual art. Brittany will be associated with the Center of Creative Computation at Meadows, and teach and develop interdisciplinary courses in all aspects of digital and hybrid media, such as computer code art and physical computing. Brittany’s breadth of knowledge means she will be able to organize courses that will link up with SMU’s Lyle School of Engineering and the biological sciences. Both new hires underscore the division’s, and the school’s, commitment to interdisciplinary programs where artists, engineers, scientists and students can work together in meaningful ways.”

Mary Walling Blackburn’s work ranges from art installation and network-based media to video art, performance, sculpture, social practice and critical theory. She has exhibited at the Whitney Museum, Bard College, LAX Art and Art Dubai and participated in group shows from Brooklyn to Hong Kong to Melbourne. She has taught at The Cooper Union School and the School of the Art Institute of Chicago and published in highly acclaimed journals such as Cabinet, Afterall, Art Forum and others. She was also recently included in Draw It With Your Eyes Closed: The Art of the Art Assignment (2012), published by Paper Monument and praised in The New York Times as a “mischievous and nourishing new book.”

Blackburn received a national ArtMatters grant in 2011, which is given by invitation only to artists who display a decisive engagement with social justice. Her current project involves research in Turkey and at the Syrian border. A specific aspect of her art practice involves an experimental educational project, The Anhoek School, a graduate program in which student-teacher monetary exchange is replaced with a barter system – students work for the school in exchange for classes (http://www.anhoekschool.org). The nomadic school has been invited to stage classes in Aarhus, Denmark; at the Blanton Museum of Art in Austin; at Southern Exposure in San Francisco; and through The Laboratory at Harvard University.

Blackburn earned a B.A. in history from the University of New Hampshire and an M.F.A. in interactive telecommunications from NYU’s Tisch School of the Arts, and served a residency at the Skowhegan School of Painting and Sculpture in 2011.

Brittany Ransom joins SMU from the University of Illinois at Chicago, where she was adjunct assistant professor of new media arts/electronic visualization. She has guest-lectured at DePaul University, The Ohio State University and Loyola University, Chicago, and served as artist-in-residence in the Meadows School’s Division of Art in fall 2011.

Ransom is one of a growing number of new media artists interested in the boundary between human and animal societies. She has created environments that aim to heighten awareness of the world from the point of view of other species. Her work is interactive and often relies on the direct contact between organisms and technology.

Ransom is the recipient of numerous arts council awards and scholarships, including the prestigious College Art Association Professional Development Fellowship in January 2011. She received her B.F.A. from The Ohio State University in art and technology, and her M.F.A. in 2011 from the University of Illinois at Chicago.

As a member of the faculty of the Division of Art, she will be working closely with the Center of Creative Computation, an interdisciplinary research and teaching center at the Meadows School that integrates theory and methodology from computer science and engineering with aesthetic principles and creative practice from the arts.

About the Meadows School of the Arts:

The Meadows School of the Arts, formally established in 1969 at SMU, is one of the foremost arts education institutions in the United States. The Meadows School comprises 10 academic divisions: the Temerlin Advertising Institute, Art, Art History, Arts Management and Arts Entrepreneurship, Communication Studies, Dance, Film and Media Arts, Journalism, Music, and Theatre. The goal of the Meadows School is to prepare students to meet the demands of professional careers. It is also committed to providing an ongoing opportunity for all SMU students to grow in the understanding and appreciation of the arts. The Meadows School is a leader in developing innovative outreach and community engagement programs, challenging its students to make a difference locally and globally by developing connections between art entrepreneurship and change. 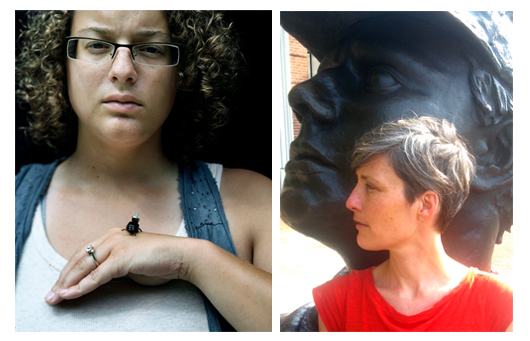 Attendance was up at NY Antique Jewelry & Watch Show