MILAN, Italy – On Jan. 1, 1937 in Milan, Gianni Colombo was born into to a family of entrepreneurs. He had two brothers, one of whom, Cesare, became a major designer in the 1960s under the pseudonym of Joe Colombo.

He started creating art in 1955, and in the second half of the 1950s attended the Academy of Brera. He began experimenting with materials and languages, from ceramics to graphic design, from photography to cinema. In 1959 he exhibited at the first Galleria Azimuth, a derivation of the magazine founded by Manzoni and Castellani. 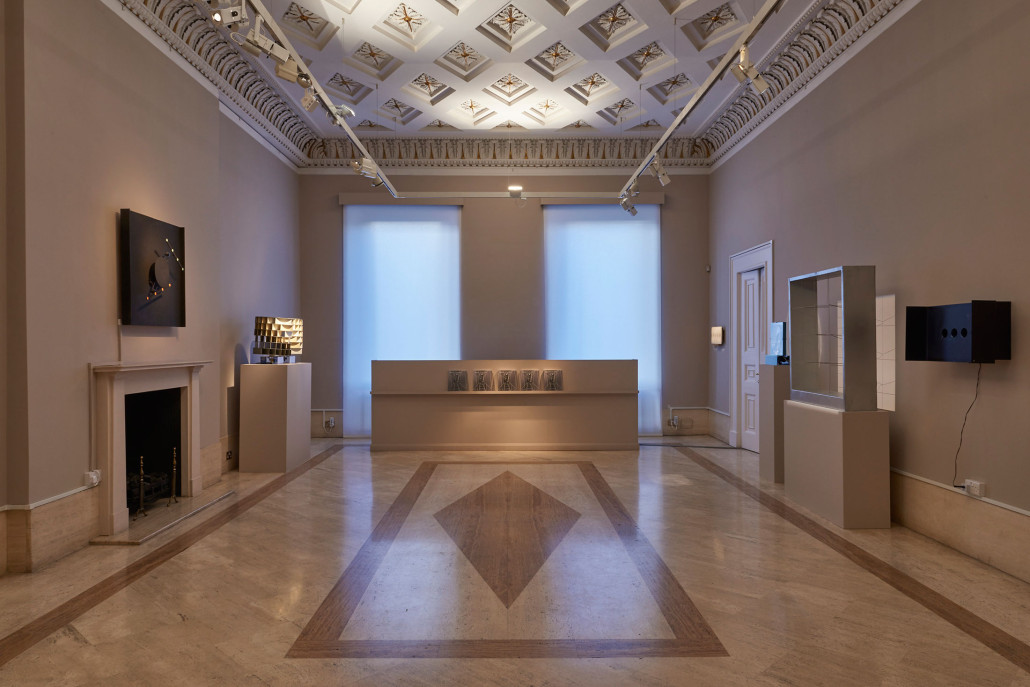 In Milan that year Colombo founded the T Group, along with Giovanni Anceschi, Davide Boriani and Gabriele De Vecchi (they were joined in the following year by Grazia Varisco). “T” stood for time, because their works were united by the introduction of a fourth dimension: the time variable. It is the affirmation of kinetic and programmed art in Italy, an art in which the work is constantly evolving thanks to automatisms introduced by the artist. The change of the artwork may be caused either by mechanisms inserted by the artist in the work; or by the viewer, to whom the artist asks to be active and take action on the work; or by the light and its reflections.

The exhibitions of the group – the first one dated to 1960 and took place at Galleria Pater in Milan – were called “Miriorama” (thousand images). They were numbered to emphasize the continuity among them. Already in the first exhibition, some themes emerged which were important to Colombo in its entire production: “space; time as movement and becoming; and the provocation of a psycho-physical reaction in the viewer through surprise.”

The first kinetic works of Columbo were the Changing Surfaces (Superfici in variazione) and the Interchangeable Reliefs (Rilievi intermutabili), whose formal appearance changes as a result of the intervention of the viewer. Pulsating Structures were paintings formed by rectangles of polystyrene that pulsated through an electromechanical animation. Colombo also experimented with Plexiglas and the transformation of light and color in the Chromostructures (Cromostrutture). 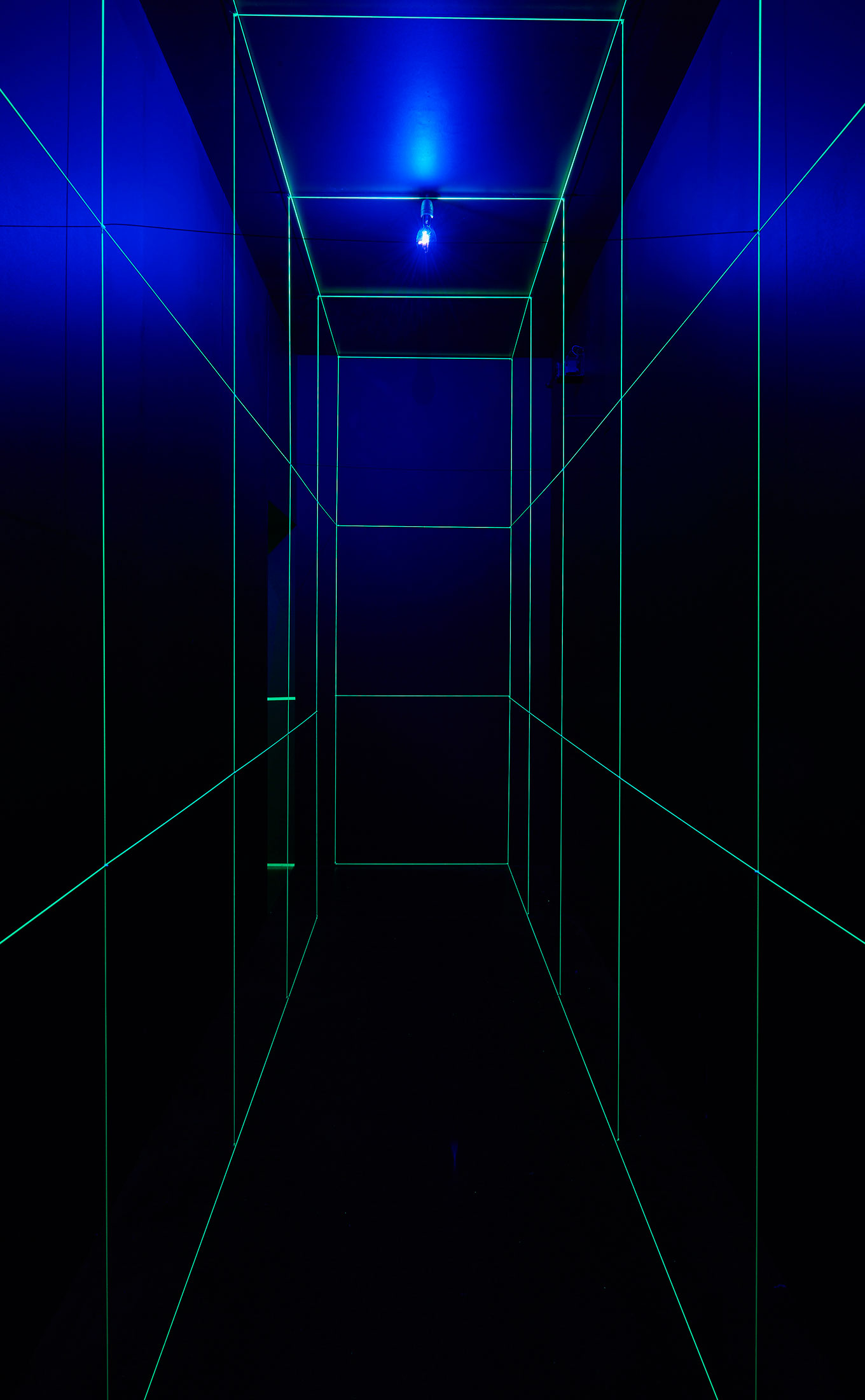 In 1962, Colombo began his experiments on geometric shapes with the series of Rotoplastik and Fluid Structures (Strutturazioni fluide). They were conceived as multiple objects produced with industrial techniques. In the beginning of the 1960s he worked with his brother, and together they won the gold medal for design at the 13th Milan Triennale for a lamp designed for the company Oluce. In 1964 there was the last “Miriorama” exhibition, and since then Colombo began to focus on space, which was conceived as a place of solicitation of perceptual, sensory and behavioral reactions in the viewer. Colombo built his first viable environment in 1964 in Paris at the Musée des Arts Decoratifs on the occasion of “Nouvelle Tendance.”

“Curved Space was built with plastic pipes and electric motors; while Spazio Diagoniometrico, made with 3-meter-high cones of photographic paper, moved by electric motors.”

Various international exhibitions followed, leading to the official consecration of Colombo’s environmental spaces in Italy and in Europe. In 1965 he participated in Documenta in Kassel; in 1967 he showed in Graz and Foligno; and in the following year he was awarded first prize at the Venice Biennale. In the same year he presented his first Elastic Space (Spazio Elastico), a pulsating environment that involves the audience with imaginative paths. This is best known environment among those made by Colombo.

Since 1970, he collaborated with artist Vincenzo Agnetti and exhibited at Studio Marconi in Milan, at the Verona gallery Studio La Città and at Milan’s Triennale. He also exhibited in Austria, Germany, Holland and also at the Sydney Biennale.

In the 1980s, he started working on a series of environmental spaces called Architectures cacogoniometriche, presented on the occasion of a solo exhibition at the Stedelijk Van Abbe Museum in Eindhoven, Netherlands (1981), at the exhibition “Italian Art 1960-1982” at the Hayward Gallery in London (1982) and at PAC in Milan (1984). In the late 1980s and early 1990s, he worked on other environments: the Catastrofetture, in which he deformed the classic architectural elements through the screen of a computer; the Curved Space (Spazio curvo), built with plastic pipes and electric motors; and the Spazio diagoniometrico, made with large cones of photographic paper about 3 meters high, moved by electric motors. 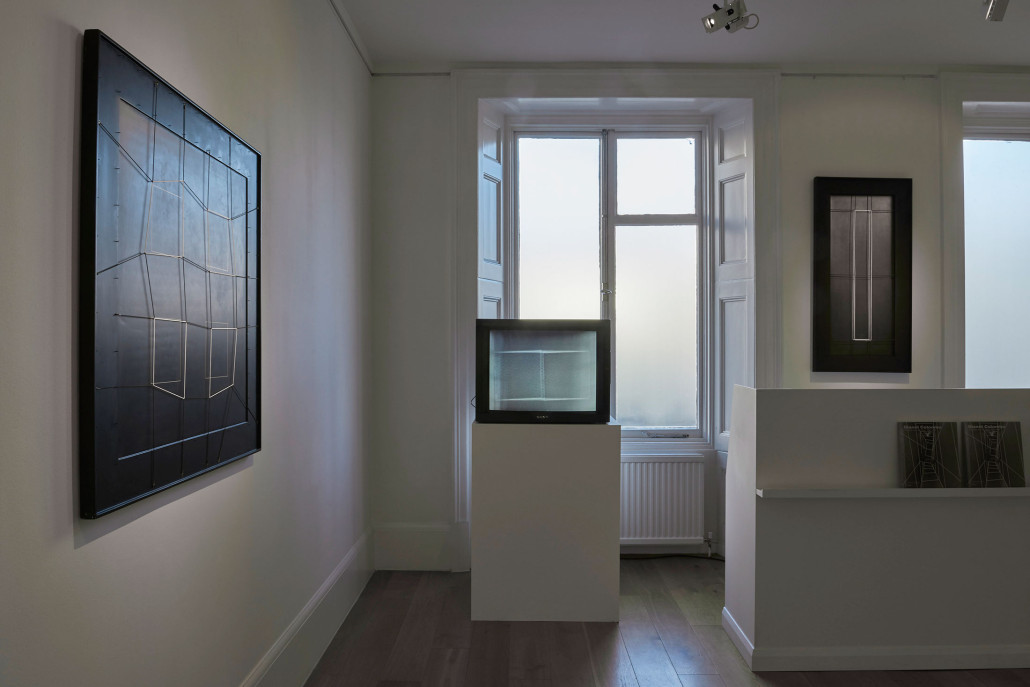 In recent years, Colombo’s work has been brought back to the spotlight thanks to major exhibitions and it was revalued on the art market. In 2009 there were major retrospectives at Castello di Rivoli in Turin and at Haus Konstruktiv in Zurich. In 2013-2014 his work was included in the exhibition “Zero in South America” in Brazil and in the exhibition “ZERO: Countdown to Tomorrow, 1950s-60s” at the Guggenheim in New York. There were also several gallery exhibitions: in 2013 at Greene Naftali in New York, in 2015 at Monica De Cardenas and A arte Invernizzi in Milan, and at Robilant+Voena in London. In the same year his work was presented at Art Basel both in Basel (in the Unlimited section) and in Miami Beach (in the Survey section). His prices have increased both in galleries and at auction. Last October at Christie’s in London a Pulsating Structure from 1959 was sold for €428,000. Last November at Dorotheum an Elastic Space from 1975 was sold for €180,000; the same work in 2008 was sold at Sotheby’s in Milan for €43,450. 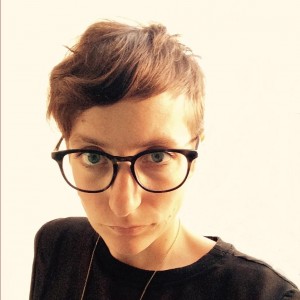 Silvia Anna Barilla is an Italian fine arts journalist and regular contributor to the Italian financial newspaper Il Sole 24 ORE (ArtEconomy24). She also writes about art, design, lifestyle and society for a number of Italian and international magazines, including DAMn Magazine and ICON (Mondadori). She is based in Milan and Berlin.