Tiffany Studios’ stunning turn of the 20th century leaded-glass lamps appear frequently in the auction marketplace, but many collectors may not be aware of a contemporaneous but far-less-expensive alternative: Austrian Art Nouveau lamps, particularly the figural bronze-based versions.

Made during the same time frame as their botanically themed Tiffany counterparts, specialty Austrian Art Nouveau lamps often incorporate bronze animal forms as their bases. They are almost always devoid of manufacturer or foundry marks. 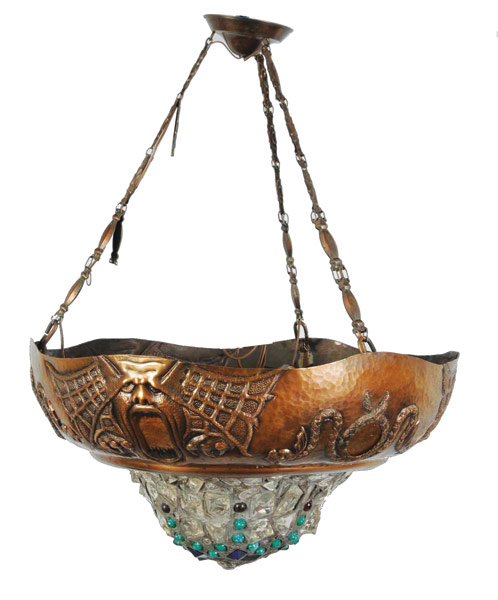 “These lamps have always flown under the radar,” said a New York collector of 30 years. “Not too many people know what they are. They’re very unusual and of incredible quality. From a design standpoint, they were ahead of their time, and are now rarer than Tiffany lamps – that’s something that always attracted me to them.” 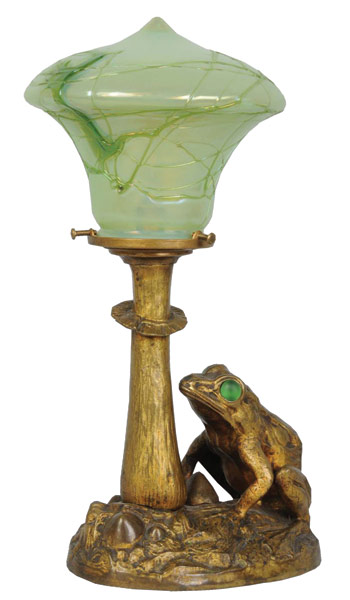 The collector, who uses his lamps functionally and has kept them in perfect working order, says it is unusual to find an example for sale at a public venue. “It has always been incredibly difficult to find these lamps. The first one I ever saw was in the United States at a show, but over the past three decades I’ve obtained almost all of my lamps through private sources. Dealers have gotten to know me and will call when they find a lamp they think I would like.” 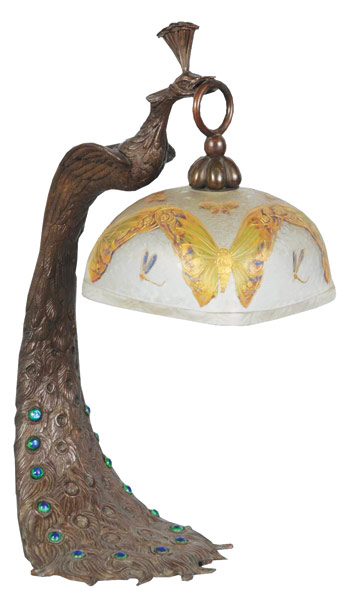 Tiffany Studios lamps, by comparison, are much easier to source, the collector said. “If you wanted a Tiffany Magnolia lamp, for example, you could put the word out and probably find one within months. That’s not the case with these Austrian lamps. They’re extraordinarily rare and unique.” 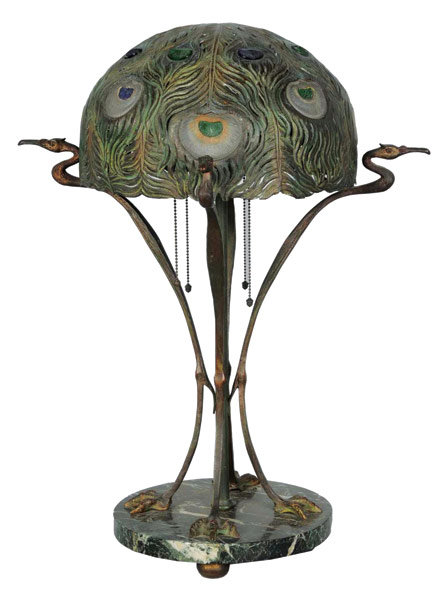 In his collection, one will see lamps replicating peacocks, a frog and toadstool, a dragon, alligator, and mythological Jugendstil-type fish, among many other creatures. Each features an enameled or faux-jewel-studded shade, as well as cabochons and other iridescent jewel accents, often serving as eyes. Throughout, the artistry is superb.

When Austrian Art Nouveau lamps appear at auction, it’s major news to collectors, said the interviewee. “There was a lizard lamp at Christie’s East, but that was many, many years ago,” he said. “Then recently a collection appeared at Hal Hunt’s auction house in Alabama. There must have been 700 people there.”