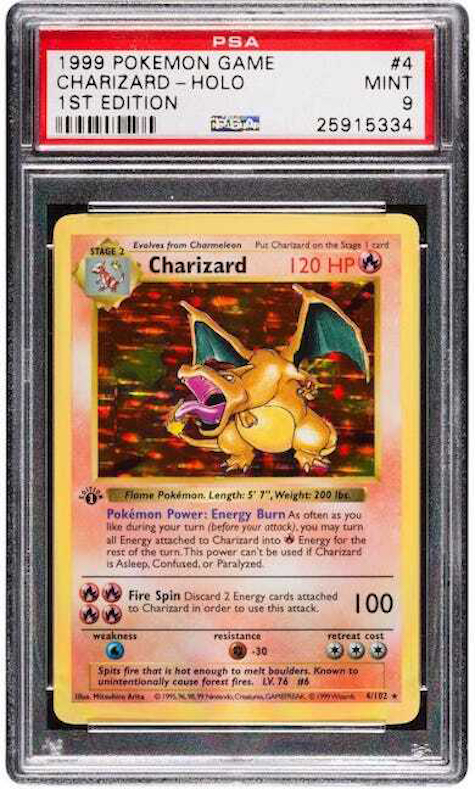 This first-edition Charizard card sold for $31,000 plus the buyer’s premium in April 2021 at Heritage Auctions.

NEW YORK — At any point in time, just about anything that is wildly popular with the younger generation can and does become collectible. Pokemon is said to be the biggest media franchise of all time, and its trading cards are one of the top-growing collector categories. With more than 800 Pokemon characters, the hugely popular cards are intended for use in a game where players battle against each other with the character-monsters shown on their cards. “Pokemon” translates to “pocket monsters,” and in the United States, the Pokemon franchise is advertised with the now-famous phrase, “Gotta catch ’em all!”