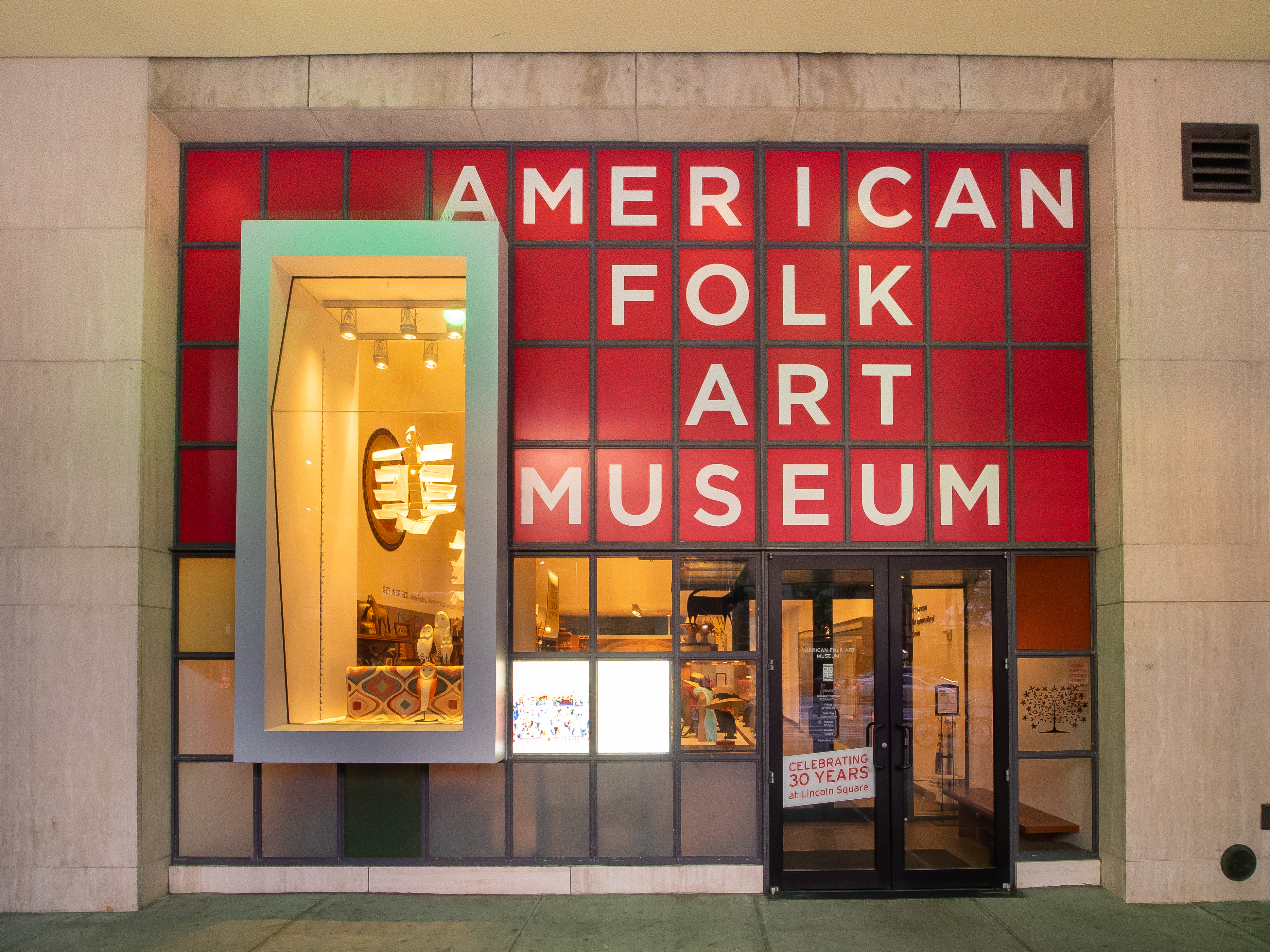 Entrance to the American Folk Art Museum in New York, photographed in June 2019. It recently announced it had accepted a $5 million donation from Becky and Bob Alexander, who will receive naming rights to the museum CEO’s job title in recognition of the gift. Image courtesy of Wikimedia Commons, photo credit Ajay Suresh. It was originally posted to Flickr and is shared under the Creative Commons Attribution 2.0 Generic license.

NEW YORK (AP) – The American Folk Art Museum, unlike many other arts institutions, managed to avoid layoffs and other cutbacks in the two years after the pandemic through a mix of fundraisers and increased donor contributions. On June 28, the museum planned to announce its largest and most unusual recent gift – a $5 million donation from Arkansas-based arts supporters Becky and Bob Alexander to help fund the museum’s exhibition program and its operation as one of New York City’s few free museums. In honor of the Alexanders’ donation, they will receive naming rights to the museum CEO’s job title, which will become the Becky and Bob Alexander Director & CEO of the American Folk Art Museum.

The Alexanders, longtime philanthropists and investors, have supported the museum for years, including donations for its Folk Art and Modernism exhibition in 2015 and American Made in 2016. They have been active art collectors and patrons of the arts, especially in Arkansas, where Becky Alexander has been on the board of the Peel Museum and Bob Alexander has served on the boards of the Walton Arts Center and the Historic Arkansas Museum in Little Rock.

“It’s really encouraging to see how people give back in such a way as individuals who have realized how they’ve benefited from an institution like ours,” said Jason T. Busch, the museum’s director and CEO. “I want us to be a resource for engagement, with no barriers. Nothing costs anything at the American Folk Art Museum for anyone. And that has an impact even for people who could pay.”

After COVID-19 erupted in New York and elsewhere in the spring of 2020, the Alexanders were the first donors to reach out to Busch to offer financial support to the museum, which was forced to close for five months during the pandemic. Though admission to the Folk Art Museum is free, it receives donations from visitors as well as proceeds from sales in its gift shop.

Donations to arts and culture groups shrank 7.5% in the pandemic year of 2020, when some givers shifted their donations to what they perceived as more pressing issues, a report from the Giving USA Foundation concluded. In 2021, donations to those groups rebounded 27.5%.

Early in the pandemic, Busch said, he and the museum’s board of directors decided there would be no staff reductions to make ends meet.

“There was no question in my mind that I would give back whatever I took in order to keep my staff intact,” he said. “With a $3.7 million annual operating budget, we punch way up our weight. Every soul counts.”

The museum, he said, received funding from the federal Paycheck Protection Program, as well as increased donations from the National Endowment for the Humanities and other groups including the New York Community Trust and the Bridges Foundation.

But the museum also let its patrons and members know about their plans to diversify its audience and bring more people in for its exhibits – discussions that yielded a $350,000 grant from the Henry Luce Foundation to present exhibitions in the museum’s Daniel Cowin Gallery through 2024. The resulting talks focused on how donors could help the museum keep the momentum from its 60th anniversary last year and its 30th anniversary at its Lincoln Square location in 2019.

The Alexanders decided that they wanted to provide long-term support.

“What began as an interest in advertising art and trade signs has blossomed into a lifelong passion for folk art,” the Alexanders said in a statement. “We can think of no better place where the importance, brilliance and full scope of folk art can be presented, studied and celebrated than the American Folk Art Museum.”

The Alexanders declined to comment for this article. Busch said the couple, who tend to avoid the spotlight, weren’t really interested in receiving much recognition for their $5 million gift, one of the largest in the museum’s history. Still, he said, they liked the idea of having the naming rights to his title.

“It is unexpected,” said Busch. “They said, ‘This is something that is important to us because if the museum can leverage our name, associated with your position, to greater financial benefit and resources long-term, we want to do that.’ ”

Universities, of course, have long used the names of donors in specific faculty or department head positions to lend prestige and show commitment to the work being done. The practice isn’t as widely used in other sectors, which generally prefer to name buildings or wings after donors instead of positions.

Busch thinks that may change. He says he hopes the Alexanders’ donation signals their confidence in the museum and its work, and he is pleased by the opportunity to carry their name in his title.

“We’re talking about a couple who have been so philanthropic and are based in the center of the country, not New York or the East Coast,” he said. “It represents the impact that our museum has nationally. And even internationally. That’s where I want to see the museum.”

Associated Press coverage of philanthropy and nonprofits receives support through the AP’s collaboration with The Conversation US, with funding from Lilly Endowment Inc. The AP is solely responsible for this content. For all of AP’s philanthropy coverage, visit https://apnews.com/hub/philanthropy. 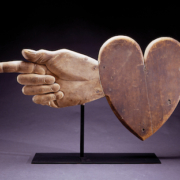