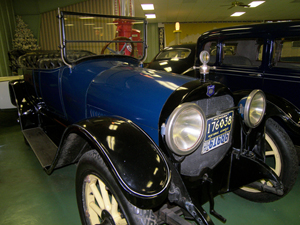 A 1916 Haynes automobile on display at the Central Texas Museum of Automotive History in Rosanky, Texas. Larry D. Moore image used with permission. This file is licensed under the Creative Commons Attribution-Share Alike 3.0 Unported license.

At the same moment, a friend standing by Shuck felt his leg hit by an unseen force inside the darkness of the building that Elwood Haynes constructed around 100 years ago to assemble some of the first automobiles in the country.

Was it an apparition? A ghost? For Shuck, director of the Kokomo chapter of Indiana Ghost Trackers, the evidence pointed to some kind of spectral presence.

The experience was exhilarating enough to spark a decade-long fascination with the crumbling building. It also spawned a desire to see a piece of Kokomo’s automotive history renovated and restored.

“That night, I just fell in love with that building,” Shuck said. “If I had the money, I’d buy it right now and fix it up.”

With the help of the city, that’s just what he plans to do.

To start fundraising efforts to repair the old Haynes building, Indiana Ghost Trackers will host a midnight tour of the factory on June 1 and 2 for people curious about its historical and haunted past. For a $50 donation, anyone over the age of 18 can tour the building and possibly encounter the strange, unexplainable occurrences that Shuck said he experiences nearly every time he’s inside the building.

“It’s what we call an active location,” he said. “You’re almost guaranteed to see, smell or hear something.”

Other odd things Shuck and his tour groups have seen inside the factory: An eerie silhouette moving from window to window of a nonexistent man and voices calling your name when no one else is in the building.

Although people may experience strange things on the tour, Shuck said there’s nothing to be afraid of.

“It’s not a haunted house. People aren’t going to jump out and scare you,” he said. “It’s meant to teach you a little something about the history of the building, not scare you.”

The ultimate goal of the tour, however, is to begin raising funds to restore the historic factory, which Shuck said has rapidly fallen into disrepair over the last decade.

“This is one of the first buildings that made money for Kokomo. Now, it’s an absolute nightmare,” he said, noting that the roof leaks, mortar is crumbling and windows have fallen out. “If someone doesn’t do something quick, it’s going to get torn down soon.”

Shuck said the city is also looking into grants that could help fund restoration efforts. He said he’d like to see the building turned into an automotive history museum.

The tours will begin at 7:30 p.m. and may go until 7:30 a.m., Shuck said. Anyone who wants to attend should mail their name, address, phone number and email to 1124 S. Union St. with checks made out to Indiana Ghost Trackers Kokomo branch. 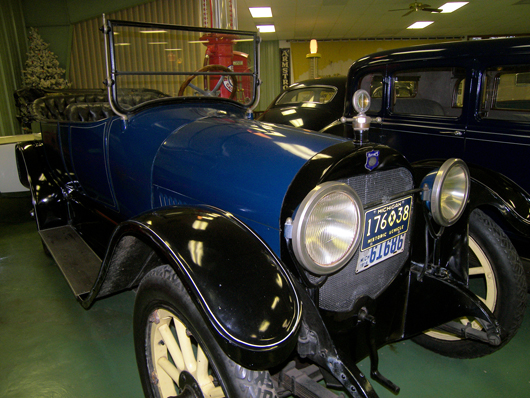 A 1916 Haynes automobile on display at the Central Texas Museum of Automotive History in Rosanky, Texas. Larry D. Moore image used with permission. This file is licensed under the Creative Commons Attribution-Share Alike 3.0 Unported license.