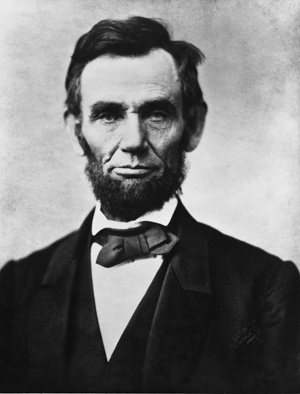 Abraham Lincoln’s signature is on a memo written in 1862. How the document came to be in the state archives of Hawaii remains a mystery. Image courtesy Wikipedia Commons.

HONOLULU (AP) – Documents bearing signatures of U.S. presidents have turned up in a lot of unexpected places: attics, libraries, even thrift stores.

But how did an innocuous Civil War-era memo bearing Abraham Lincoln’s signature end up in the state archives of Hawaii, which was not part of the United States at the time? State researchers are trying to find out.

The memo dated Sept. 22, 1862, orders the secretary of state at the time to affix the U.S. seal to a separate piece of paper, a proclamation dated the same day.

That proclamation was the Preliminary Emancipation Proclamation, Lincoln’s official warning to rebellious Southern states to return to the Union within three months or face military emancipation of their slaves.

Hawaii records indicate they’ve had the memo – but not the proclamation – for at least 74 years.

“We knew we had it,” said Luella Kurkjian, chief of the archives’ historical records branch. “Quite frankly, we didn’t know what it was. There was no documentation with it.”

The Kingdom of Hawaii was overthrown by mostly American residents in 1893 and annexed to the United States in 1898. It became America’s 50th state in 1959.

“Those three all make sense to be in the Hawaii State Archives,” said Daniel Stowell, director of the Papers of Abraham Lincoln, a part of the
Abraham Lincoln Presidential Library and Museum in Springfield, Ill.

Officials are following a couple of clues. Back in the 1920s and ’30s, the archives received several donations from a collector named Bruce Cartwright Jr., grandson of Alexander Joy Cartwright, considered by sports historians to be the inventor of baseball. One of those donated items was the Lincoln-signed note announcing Caldwell’s appointment, Kurkjian said.

“It’s my guess that (Cartwright) is the donor” of the proclamation memo “and for whatever reason it wasn’t properly documented,” she said.
“I can’t prove it. I’ve been trying.”

“Its an interesting mystery,” Stowell said.